An Ode To “Minari” 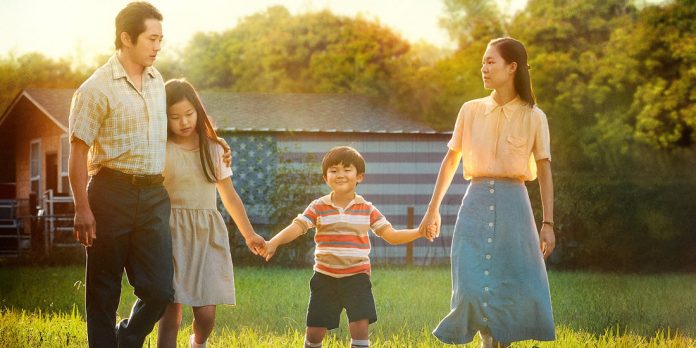 Languages and borders may separate people, but there are some human experiences that are universal no matter where you come from, especially for immigrants.

Lee Isaac Chung’s “Minari,” tells the tale of a Korean family who moves from California to rural Arkansas to start over. Jacob (Steven Yeun), the patriarch, hopes to one day have his own farm where he can sell Korean produce to vendors. However, his wife Monica (Yeri Han) doesn’t have that much faith nor shares that dream. Why leave a place like California, she constantly says to her husband, to fail in a place like Arkansas? But Jacob never loses the dream.

For many immigrants, “Minari” will remind them of their own story full of triumphs and tribulations. Often I felt like I was watching my past playback right before my eyes, including all the good and bad moments.

My parents and I immigrated to the United States in the late-1990s. Years prior, my mother and father experienced the sights and sounds of war-torn former Yugoslavia. Bombings became a frequent occurrence near Goražde, my mother’s town, and she left the country with just a few belongings and her mother by her side. Serbian soldiers ordered my grandparents on my father’s side to leave their home in Banja Luka — a place where they had built their life, raised with children and made it theirs for nearly 40 years. To this day, I don’t know where they spent the remainder of the war nor how they survived so close to violence and hate going on around them.

My parents escaped and met each other in a refugee camp in Copenhagen, Denmark. The “camp” was just a stationed icebreaker ship with hundreds of individuals crammed together. There they felt every human experience possible: fear of not knowing if the rest of their family was alive, pain from being treated as less than human beings and anxiety over what would happen next.

Eventually, my parents made it to Germany, where they felt like the most challenging parts were behind them, especially after I was born. Germany would be a great place to settle down and live, they thought, away from the chaos back home, but still close enough to be able to visit family when the war subsided. Unfortunately, the German government ordered all Bosnian refugees to leave the country, and for my family, there were only three options: Australia, Canada, or the United States. So, with the help of a family member who also moved to America, we made our journey to Chicago.

I saw from Jacob and Monica in “Minari” what my parents experienced during those first few years in America. Hope and hopelessness, happiness and sadness and the struggles of starting over and building something new. For Jacob and Monica, it was working in a hatchery and trying to build a successful farm business on the side. For my parents, it was working in cleaning services, trying to learn the English language and figuring out this new area they found themselves in. On top of that, they had to provide for a child who didn’t understand what was going on. I was always curious why people around us seemed so much better off and happier than us.

When members of my mother’s side of the family eventually joined us in Chicago, like David (Alan Kim), I looked at them and wondered why they were so different from the examples I had seen on television. My grandmother never had the chance to live the life she would have wanted for herself. She only ever got an elementary school education. She was married by 16 and had four children by the time she was 24 (one child died as an infant). She also never worked and earned her own money; instead, her life revolved around her family and making everyone else happy. When she came to the United States in her 50s, she didn’t know what to expect from life anymore.

​David and I had a picture in mind that was totally shattered when our grandmothers came to the United States. “Real” grandmas bake cookies and don’t swear (my family loves to swear, as I later found out). “Real” grandmas don’t have sad life stories and instead look like the American grandmas you see on television. It was hard for David, as it was for me, to understand that our grandmas just didn’t fit the mold.

But over time, we both realized how thankful we were to have them, their silly sides and eye-opening stories. My grandmother never learned English, but because I speak Bosnian fluently, one of few grandchildren in the family who can, I developed a unique bond with her, and the inside jokes between us grew as the years went on. It also allowed me to better understand her struggles in life, especially her childhood and freedom being taken away from her so early. She may not be like the grandmothers I saw on television, but she is far more interesting and compelling than the whole lot of them. As David grows older, he’ll become more appreciative of the sacrifices his grandmother made to come to the United States and be with her family.

Above all else, what makes “Minari” such a beautiful film is that it is rooted in hope and the inner drive immigrants have to succeed and prove all their hardship wasn’t for nothing. Even though Monica doesn’t believe in the farm, even though the well that Jacob dug runs dry, even though vendors are canceling crop orders, Jacob doesn’t give up. He wants to prove to his children that he can be successful and make a name for himself despite these obstacles. The final scene, when Jacob and David head to harvest their bountiful minari crop, is the fruit of his labor. It’s such a satisfying note to end on and gives you hope for their future.

Even though my family never had a lot of money or really felt like it fit in this new land we found ourselves in, we never gave up the fight to work hard and achieve something great. My parents worked hard and laborious jobs, and continue to this day, to be able to buy a condominium and afford two cars — quite the step up from the tiny studio apartment and bed we first found ourselves living in. They made sacrifices, such as working two jobs to save more money. I always worked hard in school because I knew getting a good education would be one way for me to thank them and honor them for everything they had done for me. They never thought they would be able to afford college, but I earned straight As, scholarships and took out loans to make the burden a little easier on them. Their American dream was to have me flourish and make something out of myself, and I’m working toward that goal every day.

Immigrants are like the minari plant: resilient, adaptive and always growing. Being away from your native country, friends and family isn’t easy, but “Minari” shows the strength and courage that all immigrants have. We are so blessed that Chung created such a beautiful ode to immigrants and the pursuit for a better life.

Have you seen “Minari” yet? If so, what do you think of it? Let us know your thoughts in the comments below or on our Twitter account.