An Introduction To The Films Of Bong Joon Ho 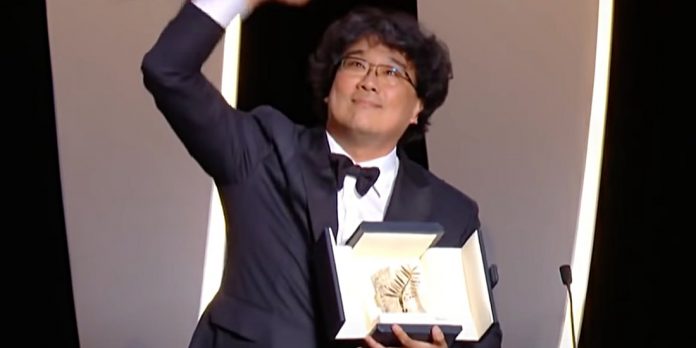 With “Parasite,” this year’s Cannes winner of the Palme d’Or, now opening in American theaters, a significant number of U.S. moviegoers will be introduced for the first time to the great South Korean director Bong Joon Ho. Next Best Picture readers are, of course, familiar with Bong, but how many of his films have they actually seen? And what would be the best way to get up to speed?

​Compared with other major directors, Bong’s filmography is remarkably compact, with only five major international films prior to “Parasite” establishing his reputation. (There is a sixth — his debut film, 2000’s “Barking Dogs Never Bite,” which received limited exposure, with its U.S. availability reduced to single showings at film festivals and a small DVD release.)

You could call Bong a master of genre movies since his films reflect that B-movie sensibility so much. But it’s how he works within those genres that makes them so special. Whether it’s a murder mystery or a monster movie, Bong mixes an abundance of comedy with drama and occasionally adds a touch of horror to create a blend that is utterly unique — this master of genre has actually become a genre unto himself. “A Bong Joon Ho Film” is really its own animal, unlike any other film that any other director could possibly make.

These five films (three of which are easily accessible via streaming services) are vivid examples of Bong’s wide range of skills and will prepare you for the one-of-a-kind experience that is “Parasite.”

Bong’s first major international success critically, “Memories of Murder” initially appears to be a run-of-the-mill police procedural based on first actual serial murders in Korea’s history. (The actual perpetrator was only formally identified three weeks ago.) In Bong’s hands, however, the story (based on a 1996 stage play) was far from your usual “just-the-facts-ma’am” kind of investigation. Like many Bong films, “Memories” begins with a light comedic tone as the three mismatched cops have to team up to find the rapist/killer, but soon the laughs begin to catch in your throat as the bodies begin to add up. This film is a great place to start, as its mix of tones captures all of the contradictions of style that makes the director’s films so unique. Available streaming on Amazon Prime.

This is the film that was my introduction to Bong. I was a huge fan of monster movies as a child, and the opportunity to see a new one was one I couldn’t resist. What I saw stunned me, not only in its rollicking entertainment value but just how daring this director (whom I did not know at the time) was in mixing genres willy nilly. Who does something like that? And, to my astonishment, the whole thing worked. Bong follows all the rules of 1950s monster movies — the film has to begin with an American (Scott Wilson) on a U.S. Army base pouring formaldehyde into a sink that is fed to Seoul’s Han River. (Very “Godzilla.”) Sure enough, one day, as families picnic on the river’s shore, a tentacled monster arises out of the Han and abducts a young girl, a member of the dysfunctional Park family. Despite its many problems, the Parks decide to band together to stand up to the monster and get their girl back. One critic labeled “The Host” as “‘Godzilla’ meets ‘Little Miss Sunshine’,” and I can’t think of a more accurate description of “The Host” (or of Bong’s entire approach to genre mixing, for that matter).

“Mother” was the first time that Bong came to the attention of American awards groups, as it was voted as the year’s Best Foreign Film by many critics groups from coast-to-coast. For Bong, “Mother” is a surprisingly straight-forward story, focusing on Mother (who is never otherwise named) who sells herbs in a small Korean town and is devoted to her developmentally-challenged 27-year-old son Do-joon. When he becomes a prime suspect in the murder of a young woman, Mother stops at nothing — nothing, I tell you — to prove that her son is innocent. Sounds like a straight-ahead drama, right? And 99% of directors would shoot it just that way. In Bong’s hands, however, “Mother” becomes a first-rate thriller with layers of dark, dark humor spread throughout the multi-layered story. For her performance as Mother, Kim Hye-ja won the Los Angeles Film Critics Award as the year’s Best Actress.

Still probably Bong’s best-known film, this science-fiction thriller was Bong’s first English-language film and the first time he used established movie stars, including Chris Evans, Ed Harris, Octavia Spencer, John Hurt, Jamie Bell and, in a standout performance, Tilda Swinton. The film takes place on a train that circles the globe containing the last survivors of the global freeze that has killed most of the population on Earth. Class difference has always been a recurring theme for Bong — it’s certainly at the center of “Parasite” — but it has never been more pronounced as it is here, with the upper classes living in comfort and luxury at the front of the train, while the lower classes are packed into the brutal confines of the rear, overseen by the imperious Minister Mason (Swinton). Typical of Bong, Swinton’s monstrous Mason is the source of much very dark humor even as she is doling out the most savage punishment. Bong’s approach allows the film to work both as a sharp-edged social commentary and as a rousing entertainment. Available streaming on Netflix.

Arguably, Bong’s most freewheeling satire is this unlikely 2017 look at the genetically-modified food industry. It begins as a fierce corporate satire with a Monsanto-like company announcing their plan to raise enormous “super pigs” around the world. Bong then shifts tone, and “Okja” becomes a warm coming-of-age saga of Mija (Ahn Seo-hyun), a young girl who has raised Okja since birth in a small South Korean village. Bong then brings the two worlds together when zoologist and company frontman Dr. Johnny Wilcox (Jake Gyllenhaal, unhinged) shows up to announce that he’s taking Okja back to New York for a publicity tour and then, presumably, the slaughterhouse. Mija becomes determined not to be parted from Okja, and, as they say, chaos ensues. The tonal shifts in “Okja” are more pronounced than in his other films, but that’s to be expected when a filmmaker fashions a satire that swings for the fences. Available streaming on Netflix.

With “Parasite,” Bong has taken so many of the themes he has displayed in these five films and blended them together in one unforgettable piece. The comedy, the drama, the horror and the fascination with class struggle that we have seen so often with Bong provide the heart and soul of “Parasite.” And if the film is as successful with the public as it has been with critics, we can hopefully look forward to a long string of provocative new works from this daring filmmaker.

Have you seen “Parasite” yet? Which of Bong Joon Ho’s films have you seen? Let us know in the comments section below or on our Twitter account.