“ALL MY FRIENDS HATE ME” 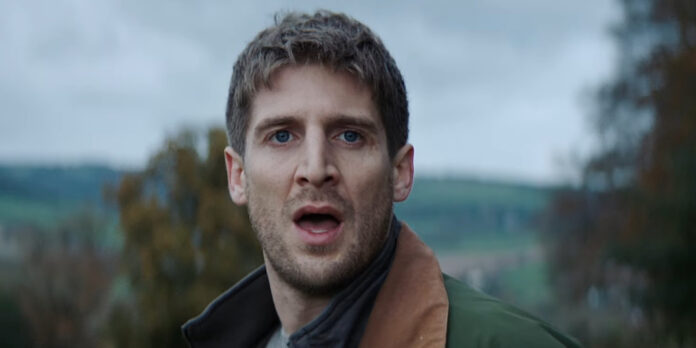 THE STORY – Pete is cautiously excited about reuniting with his college crew for a birthday weekend. But, one by one, his friends slowly turn against him.
​
THE CAST – Tom Stourton, Charly Clive, Georgina Campbell & Antonia Clarke

​There’s a fine line between purposeful discomfort and plain old discomfort. Films that aspire to the former often fall prey to the latter, and it comes down to the most intangible cinematic element of all: tone. If the tone of a given story is a hair out of place, the whole thing runs the risk of collapse. It’s often the case, which makes instances where a film does stick the landing all the more enjoyable. “All My Friends Hate” is one such film.The title and the caustic promotion suggest a dark comedy, but “All My Friends Hate Me” is something altogether more impressive. It takes the beats of broad comedies and applies the sting of reality, resulting in situations so cringeworthy they dare the viewer to look away. However, it’s a film worth squirming over because director Andrew Gaynord has such a deft command of genre and trope that one never feels adrift in a sea of postmodern smugness. There’s a method to the madness here.

The “Me” refers to Pete (Tom Stourton), a man who’s freshly returned from volunteer work and eager to celebrate his birthday. He plans to spend the weekend in the massive estate of his mate George (Joshua McGuire) and a murderers’ row of school chums that includes cokehead Archie (Graham Dickson) and ex-girlfriend Claire (Antonia Clarke). Pete hasn’t seen any of these people in ages, but he insists (somewhat desperately) that they are all such good friends that they can pick up as no time has passed at all. He’s wrong.

This is fertile story ground, especially for twentysomethings approaching the big 3-0. The fear that people have changed and the good times we had are stuck in the past is a very relatable one, allowing us to align ourselves with Pete early on. Then we meet Harry (Dustin Demri-Burns). He’s a local the gang brings back to the estate party, and for some reason, he’s determined to steal the spotlight from Pete through a combination of petty remarks and hooligan antics.

Where the film deviates is the handling of the friendly competition. There’s nothing friendly about it. The further one delves into the party, the more Pete’s insecurities are validated. His attempts to recount the good times with the gang are repeatedly thwarted by forgotten details or memories that differ from his. The awkwardness of these chats gets amplified by the agile camerawork and the score, which Joe Robbins and Will Lowes bolster with frightening synth stabs. I’d actually compare it more to the music for a horror film, which is a pretty apt comparison by the time we turn the corner on the final act. The bit will get tiresome for some. Despite its lean runtime, the film doubles and quadruples down on its bizarre worldview without much respite, so audiences who aren’t immediately bought in will have a tough time ahead of them. Fortunately, the approach clicked with most of its audiences thus far.

Stourton and co-writer Tom Palmer have several reference points for “All My Friends Hate Me,” but the most obvious is the British comedy wave of the 90s and 2000s. Pete’s name is a tip of the cap to Kenneth Branagh’s “Peter’s Friends,” and Harry belts out the theme to “Four Weddings and a Funeral” during a bonkers karaoke session. Culturally, these are very appropriate, especially when one considers that Stourton and Palmer are positioning themselves as the antidote to the Richard Curtis formula. However, in a broader American comparison, I was reminded several times of the sketch comedy “I Think You Should Leave.” Both have an affinity for pushing comedy to the point of existential collapse, and Stourton channels some of Tim Robinson’s subtler quirks in his performance. The key distinction, of course, is the commitment that “All My Friends Hate Me” shows in keeping the cringeworthy bit going for 94 minutes.

It’d be useless to describe the comedic sequences in the film. They are something that must be experienced because words can only do so much to convey how often they suck the air out of the room (in the best and worst ways possible). At a time when comedy is becoming increasingly toothless, it’s nice to see a filmmaker like Gaynord throw common sense to the wind and follow his cringe-inducing muse.