Adam Sandler To Work With “Chernobyl” Director For Netflix 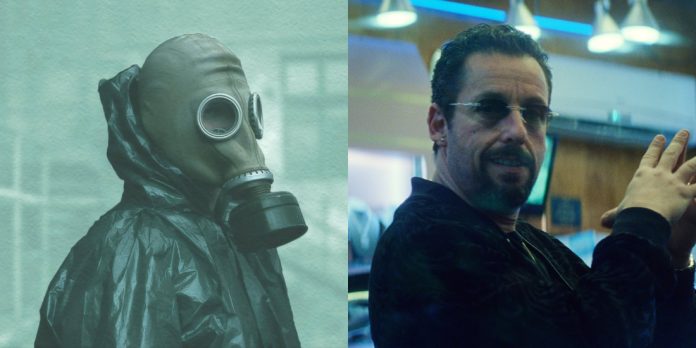 According to Deadline, Adam Sandler has signed on to star in an untitled drama based on Jaroslav Kalfar’s novel “The Spaceman Of Bohemia” for Netflix. Emmy-winning Johan Renck (“Chernobyl”) is set to direct, with a script adapted by Colby Day.

Per Deadline, “The story follows an astronaut (Sandler) sent to the edge of the galaxy to collect mysterious ancient dust. He soon finds his earthly life falling to pieces and he turns to the only voice who can help him try to put it back together. It just so happens to belong to a creature from the beginning of time lurking in the shadows of his ship.”

This appears to be another unique dramatic project for Sandler following his critically-acclaimed performance in the 2019 film “Uncut Gems.” The actor has a steady relationship with Netflix following a multi-picture deal in 2015 with comedies such as the recent “Hubie Halloween” and is currently shooting the sports comedy “Hustle” for the streamer. However, this seems to be a more dramatic turn in this partnership and without Sandler in any sort of producing or writing role behind the camera.

This will also be a big follow-up project for director Johan Renck following his multiple Emmy Award wins for the HBO Limited Series “Chernobyl.” His only previous film credit is the 2008 film “Downloading Nancy,” but has directed for numerous television shows including episodes of “Breaking Bad,” “Vikings,” and “Bloodline.” Writer Colby Day has several other scripts in development right now as well, such as “Children of Time” for Lionsgate and “In The Blink of an Eye.”

The film will be produced by Channing Tatum’s production company Free Association by Tatum, Reid Carolin, Peter Kiernan and Michael Parets. No word on an expected release date or when the film will begin shooting.

What do you think of this casting? Are you looking forward to another Adam Sandler dramatic performance? Have you read or heard of the book and look forward to this adaptation? Let us know in the comments section below or on our Twitter account.