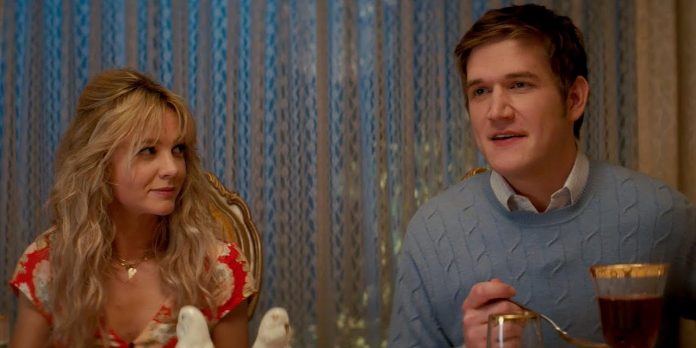 There are more uncertain factors and potential tipping points in this Oscar race than any in recent memory, if not always for the most ideal reasons. But the biggest tipping point of all may be whether “Promising Young Woman” makes it into the Best Picture category, which could now go either way after its big Golden Globes and Critic Choice nomination performances and its surprising SAG and Critics Choice ensemble snubs. In fact, whichever way it goes might decide the trajectory of the entire Oscar season.

If “Promising Young Woman” makes the Best Picture field, that won’t give it a chance to win the big prize, since the nomination will be its real reward. Nonetheless, it will be a huge indication of what else will round out the field, as it is on a bubble with fellow smaller, non-traditional films like “Minari,” socially conscious fare like “Da 5 Bloods” and “Judas and the Black Messiah” and more Oscar-friendly challengers like “The Father” and “News of the World.”

Should “Promising Young Woman” squeeze in, that could possibly close the door on the likes of “Minari” and “Judas and the Black Messiah” rather than “The Father” or “News of the World” Is this a year where only one truly unconventional bubble film can get in, if any, or will voters be more open-minded than usual? Whatever the result, it will likely trickle down to other categories and help decide whether the actors, directors and writers of these bubble movies can get in themselves – or show whether they have a real chance to win if they do.

That certainly applies to “Promising Young Woman” when it comes to its Best Actress contender Carey Mulligan and its writer/director Emerald Fennell. While they might still claim spots in Best Actress, Original Screenplay and maybe even Director, no matter what, it will be a completely different ball game if their movie gets its foot in the door too.

Fennell is the second most nominated director on the critics’ circuit behind Chloe Zhao, yet it took her Golden Globe and Critics Choice Director nominations to signal she might actually have a shot with the Academy. That surely won’t happen if her movie doesn’t get in, but if it does and she rides the coattails, that could pop the bubble for one or more contenders like Regina King, Spike Lee, Florian Zeller, Lee Isaac Chung or Paul Greengrass. Either way, it may make the difference as to whether the Oscars director field is as historic as the Globes’ three-woman field or whether it is business as usual beyond Zhao. 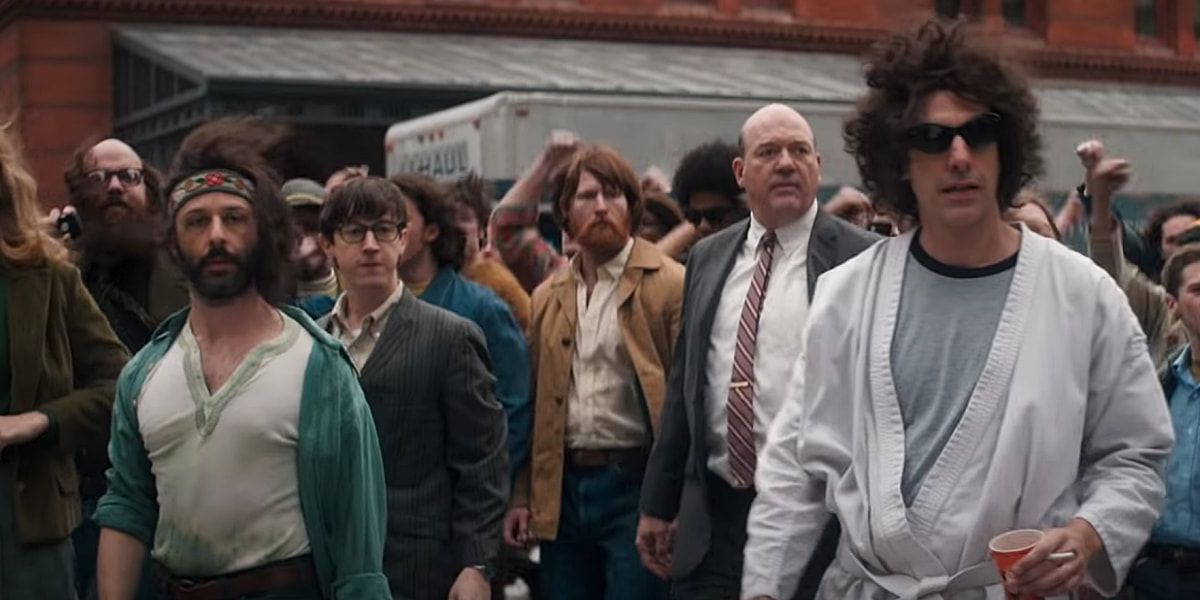 In Best Actress, it is fairly common for actresses to win despite not being in a Best Picture film. In fact, Renee Zellweger doing so for “Judy” just last year was the fourth time this happened in the preferential ballot era, following Julianne Moore in 2014, Cate Blanchett in 2013 and Meryl Streep in 2011. However, they all had advantages that didn’t require recognition for their movies as well.

Zellweger won the most precursor awards last year, was back in the awards spotlight for the first time in over a decade and was playing one of the most beloved performers of all time. Moore trailed Rosamund Pike on the 2014 critic awards circuit and was the only Oscar-recognized part of “Still Alice,” yet she was so overdue that she won in a walk when the industry weighed in. Blanchett went wire-to-wire all season for “Blue Jasmine,” was already a Supporting Actress winner and was the very last person to benefit from being in a Woody Allen movie. As for Streep, having a critically mixed/panned movie like “The Iron Lady” and trailing Viola Davis for most of the season didn’t hurt her, if only because she was Meryl Streep.

Mulligan can’t fall back on any of this, as she’s merely splitting the precursor awards with Frances McDormand to this point, is mainly overdue for her first nomination in 11 years and isn’t playing a famous entertainer. For her, if something like “Promising Young Woman” hasn’t already been blessed with a Best Picture nomination, the chances of her winning will go down significantly, especially against contenders like Davis and McDormand, who will likely hail from Best Picture nominees.

This assumes that Mulligan even gets in, which would normally be a given for most people in her current position. Thanks to recent big critic award winners being snubbed on nomination morning like Ethan Hawke, Lupita Nyong’o, Toni Collette and Jennifer Lopez, there’s still a lingering doubt. Unlike all of them except Lopez, Mulligan did get a Globe nomination and would secure her Oscar place with a victory. Without it, she’ll need a “Promising Young Woman” Picture nomination to seal it instead, since none of those snubbed critical champions were in nominated movies, and no one with both Mulligan’s precursor award tally and a nominated film has ever been snubbed in the preferential ballot era.

Maybe Best Actress would still come down to Davis vs. McDormand no matter what. However, if Mulligan has the momentum of being in a most unconventional Best Picture nominee, there is a much easier path to her going all the way afterward. And if a Best Picture nom can boost Mulligan’s candidacy, it can certainly boost Fennell not just to a Best Director slot but to possibly much more for Best Original Screenplay.

Any hopes of winning there surely depend on Best Picture recognition, as only “Talk To Her” and “Eternal Sunshine of the Spotless Mind” have won a Screenplay Oscar in this century without getting in Best Picture. Overtaking “The Trial of the Chicago 7” will be daunting for any challenger, yet without a Best Picture spot, those odds likely become astronomical.

As it stands now, “Promising Young Woman” has won the most critical awards out of any Original Screenplay, which appears to make it the top alternative to “The Trial of the Chicago 7” Should that momentum continue and make an upset Oscar victory possible, it could be the tipping point to the entire Best Picture race, which “The Trial of the Chicago 7” can probably only win if it takes Original Screenplay.

That would seem to be simple on paper, but if “Promising Young Woman” tears it up, it could be the knockout blow that propels “Nomadland” to seal up Best Picture instead. The problem is, it almost certainly needs a Best Picture nomination to keep building up its Original Screenplay momentum. Without it, “The Trial of the Chicago 7” could be right back on its way to winning that award, and much more, almost by default.

Since “Promising Young Woman” has stolen most of the thunder in Original Screenplay critic awards, no other challenger has much of a case to threaten “The Trial of the Chicago 7” right now. “Judas and the Black Messiah” could pose a threat if it is a full-on late-breaking contender, but its Globes, SAG and Critics Choice Best Picture snubs have put it right back on the bubble. “Minari” has the next most awarded original screenplay so far, but like “Promising Young Woman,” any hopes to win depend on a Best Picture nomination. 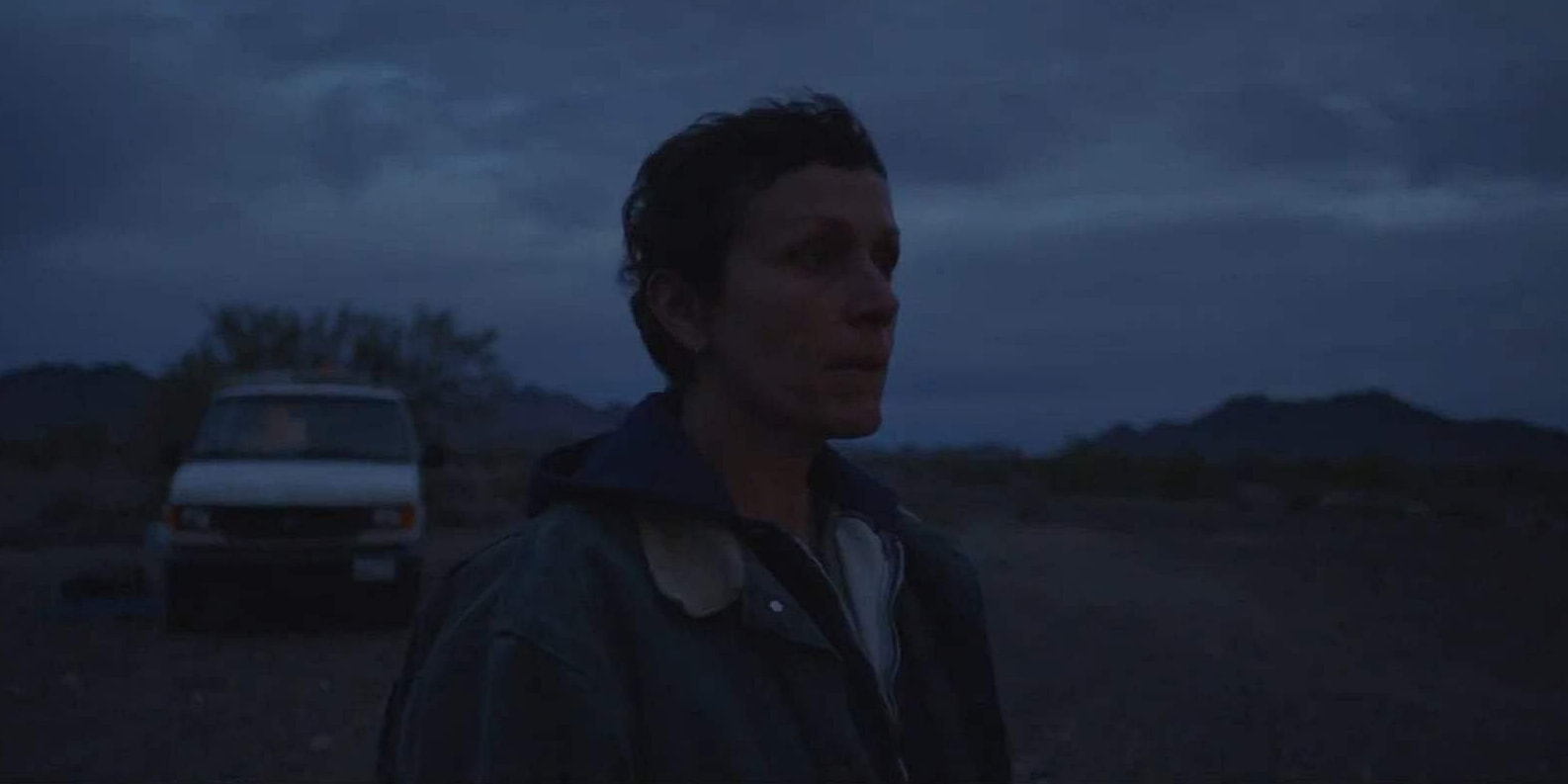 “Nomadland” could still win on its own without such help, especially if it wins Adapted Screenplay, if McDormand can hold off Mulligan and Davis, and if Zhao can keep sweeping Best Director on the industry circuit. Yet, with lingering doubts on whether industry voters will embrace “Nomadland” that much, it might need all the help it can get. By far, the biggest way to help it is to keep “The Trial of the Chicago 7” from winning Original Screenplay. At this stage, “Promising Young Woman” is the best, if not the only hope to make that happen, but a Best Picture snub would snuff it out almost instantly.

What’s more, it would likely stop Mulligan in her tracks in Best Actress, reopen the door for “The Father” and “News of the World” to round out the Best Picture field, and may or may not indicate which way the bubble will burst for “Minari” “Da 5 Bloods” and “Judas and the Black Messiah” as well. All of this and more is on the line, depending on the performance of one movie.

How we remember the 2020-21 Oscar season, at least in terms of nominations and victories, may be decided most of all by the fate of “Promising Young Woman” in Best Picture. After being snubbed by the AFI Top 10, faring better with the National Board of Review, overperforming at the Golden Globes and then underperforming with SAG, its fate is more up in the air than ever – to say nothing of everything else riding on the results by extension.​

What do you think of “Promising Young Woman’s” Oscar chances? Let us know your thoughts in the comments section below or on our Twitter account.