A History Of Movies About Space Travel At The Oscars 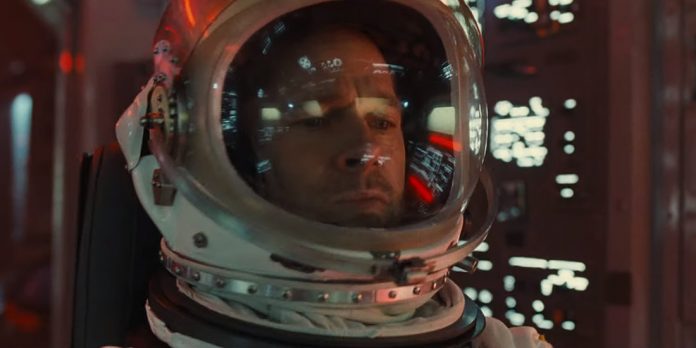 With James Gray’s interstellar sci-fi film “Ad Astra” receiving positive reviews as it opens in theaters this past weekend, there is, as always, the question of Oscar potential. While it is a default to say “The Academy” doesn’t go for sci-fi, that is not entirely true. Certainly, AMPAS are more predisposed to lean towards a period piece in Best Picture than it is a sci-fi, but across all 24 categories, especially in the below the line categories, sci-fi is better represented than one might expect. While it would be excessive to attempt to list “every sci-fi film ever nominated for ANY Oscar,” it is feasible to look at every movie about space travel ever nominated for an Oscar.

I have been liberal in my definition of space travel (IE is the film primarily set on one planet, but the protagonists had to travel through space to reach the planet, that would count). I will not include films set in “cyberspace” (“Ready Player One”) or films involving encounters with aliens who were merely hidden on earth (“The Abyss”). There needs to be some degree of actual travel through space in the film in order to qualify here. Films that are not sci-fi (“First Man” & “Apollo 13”) count, since they involve space travel, even if the space travel is not fictional. Finally, I will not be counting “special achievement” Oscars, but only competitive ones.

With all that said, here are the biggest takeaways.

Unsurprisingly, given that it is difficult to actually film in space, the category with the most “space travel” films present is “Best Visual Effects.” There are a whopping 45 films about space travel that have been nominated for visual effects, and there would certainly have been more if the category had expanded to 5 nominees earlier. Last year, 3/5 Best Visual Effects Oscar nominees involved space travel. In short, the visual effects branch loves movies about space travel. Good news for “Ad Astra” there.

Up next, again, not too surprisingly, given the requirements of creating and balancing an enormous variety of unusual sounds in a space travel film are the sound categories. Best Sound Mixing has a whopping 36 films nominated, while Best Sound Editing has 24. Although sound nominations often overlap with space travel films that have been nominated for visual effects, they are also often a spot to throw a lone nomination to space travel films that are well-liked by voters, but not enough to show up elsewhere (Think “Contact” & “Space Cowboys”). “Ad Astra” has explosions, gunshots, and other interstellar noises, so again…good news for it.

The last category we can consider genuinely friendly to space travel films is Best Original Score, with 19 films nominated. Although nearly half of those films nominated were scored by John Williams, which may be more a testament to his ability to be nominated for almost any film he scores, as opposed to a statistically significant trend that would benefit the genre. Sadly, “Ad Astra’s” score will by Max Richter will be disqualified despite being widely praised due to contributions from other composers on the score.

In terms of wins, none of the categories offer particularly strong hopes for a win. Best Visual Effects has had 9 “space travel” visual effects winners, but 9 out of 45 isn’t a fantastic track record.

In short, “Ad Astra” may factor into the nomination races for four or five below the line categories, but its chances beyond that are thin based on precedent. Assuming it is nominated in those 4 to 5 categories, its chances of winning them are slim at best.

Where do you see “Ad Astra” factoring in?

See a complete category by category breakdown below of Space Travel films at the Oscars.

So what do you think? Do you think “Ad Astra” will be nominated for any Oscars this year? Let us know your thoughts in the comments section below or on our Twitter account.