Will The Golden Globes Fall For “A Star Is Born?” 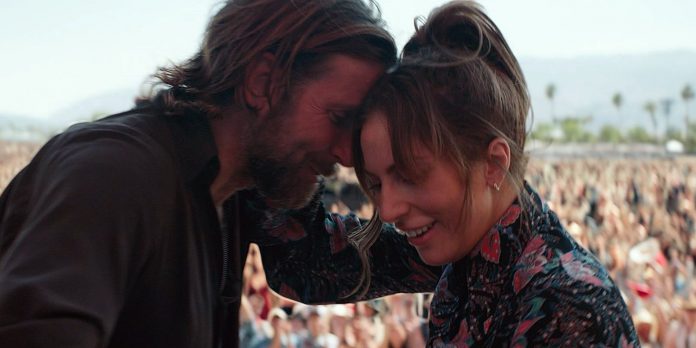 ​It’s increasingly becoming clear that “A Star Is Born” is being positioned to win Best Picture at the Oscars. It avoided controversy from the time of its early release in October through now, after scoring across-the-board love with Critics Choice, Golden Globes, and SAG nominations. Along with “Black Panther” and “BlacKkKlansman,” it’s one of the few Best Picture contenders to garner a SAG Cast Ensemble nomination, which until last year, was an ironclad award to measure Best Picture possibility. When I saw “A Star Is Born” opening day, it struck me as a film like “Birdman,” something the Academy will love because of the subject matter, talent involved, and style. How it will perform on a preferential ballot remains up in the air, while pundits disagree over whether it will do well or poorly. I believe it’s going to do just fine on the preferential ballot, as opposed to films like “Green Book,” “The Favourite,” and “Roma.” I remain constant in that prediction, and no other film has proven it has the gusto to really fill the mold of a Best Picture winner.

How “A Star Is Born” performs at the Golden Globes will be crucial. If it wins every category it’s nominated in, the film’s mammoth success will seem unbecoming to Academy voters, like the “La La Land” 7/7 sweep two years ago. Before the Globe nominations, I wasn’t concerned about this, because I assumed “A Star Is Born” would receive Best Screenplay and Best Supporting Actor (Sam Elliott) nominations, and that it would lose those awards. Low and behold, it was snubbed in both of those categories, and common logic would presume the film will win Best Picture Drama, Best Actor, Best Actress, Best Director, and Best Original Song at the Globes. I feel strongly the Globes giving Cooper a directing win will mirror their past behavior of rewarding actor-turned-directors. Now, we’re back to square one, with “A Star Is Born” winning 5/5 and beginning the final phase of awards season as the overbearing frontrunner.

“A Star Is Born” is the type of film Golden Globe voters will devour. It’s a colorful, well-made love story where two of the biggest media stars on the planet sing to each other. Quite literally, it’s the quintessential Globes film. There’s also a serious lack of competition for most of the drama categories, which is why it’s so easy to envision the film winning all five of the categories in which it’s nominated. Every now and then, the Globes throw a few curveballs and undermine the expected. So, let’s examine scenarios that could happen upon “A Star Is Born” at the Globes.
​

On the flip side, perhaps Spike Lee will be this award season’s steamroller in Best Director, and at the Golden Globes, he begins a historic sweep of being the first African American director to win major directing prizes? Before Golden Globe nominations, everyone was anticipating Lee’s long, iconic, Oscar-less career would be rewarded by the Academy with a win for Best Adapted Screenplay. Imagine everyone’s surprise when the Hollywood Foreign Press passed on nominating him in their screenplay race and instead in Best Director. Whoever wins the Golden Globe will likely gain the momentum to win the DGA and Oscar. If Lee is going to be the director of the year, it could start here, and the Globes could find rewarding Cooper in Actor to be enough. However, let’s just say Cooper wins both Globe categories: then we must turn to DGA for a crisper perspective on who will win the Oscar. Alfonso Cuaron could still transform his critical adoration into a director win, too.

Therefore, any of these scenarios could play out at the Golden Globes (and beyond)…
​

​It’s difficult to imagine Cooper not giving a speech at the Golden Globes for a category he wins individually, not simply for Best Picture Drama, if not two speeches by himself. Maybe I’m overthinking this, and the correct estimation is the simplest one: he wins both.

And then there is Best Actress. Given that the Hollywood Foreign Press have already given Lady Gaga a Golden Globe award for ACTING in “American Horror Story” and their obsession with celebrities, let alone pop stars, this category feels like a no-brainer. However, many people believe Gaga won’t win the Oscar, so perhaps there’s room for her to miss here for Glenn Close in a Julianne Moore-type of sweep? (Close’s “The Wife” is no Moore’s “Still Alice, but that’s another discussion.) Or, who wouldn’t want to hear Melissa McCarthy give a speech? The HFPA Queen Nicole Kidman could pull an Isabelle Huppert and win for a daring, controversial dark character, too. They never got to reward Pike for “Gone Girl,” either. Oh, who am I kidding? It’s going to be Gaga.

Realistically, we’re looking at three definite wins, a probable fourth (Cooper for either Director or Actor), or a sweep of five wins. Actually, I think 5/5 is the most likely, but it would be the most damaging to its Oscar prospects in the long run. The “La La Land” gluttony would kick in, and what goes up must come down. Unfortunately, unlike “La La Land,” “A Star Is Born” will have another possibility of immodesty with SAG. There’s a realistic chance of it winning all three acting awards (though I’m not sold on Elliott) along with the Best Picture equivalent, the Ensemble award. “La La Land” only won Female Actress for Emma Stone and was famously left off the list for Ensemble. As I said before, the industry voters and actors are going to love this film. Though “Black Panther,” the movie of the year in a lot of ways, or “BlacKkKlansman,” the surprise sprinter of the season, could give it a run for its money, “A Star Is Born” is the obvious choice for the Ensemble winner at first glance. And if it wins SAG, and then follows with a highly likely Producers Guild Award win, then we are in fact in “Birdman” territory. ​

So what do you think?  How do you think “A Star Is Born” will perform at the Golden Globes? Let us know in the comments section below or on our Twitter account.​ Also be sure to enter into our Predict The Golden Globes Winners contest here.