Will 2018 Be The Year Netflix Releases Its First best picture Winner? 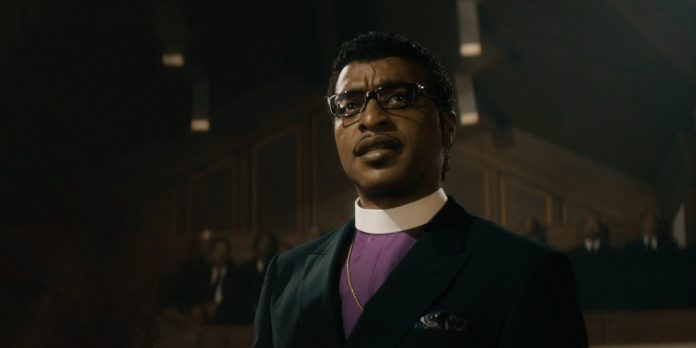 ​The year is 2003 and it’s movie night. Orville Redenbacher’s Movie Theater Butter Popcorn is waiting to be eaten alongside a drugstore selection of single-serve candies. Sitting out on the family’s coffee table are your evening’s choices: 2001’s Heath Ledger comedy “A Knight’s Tale” or 1999’s Nicole Kidman drama “Eyes Wide Shut”? Those are your options, thanks to Netflix’s DVD mailer service. The online Blockbuster of its time, Netflix and CEO Reed Hastings broke boundaries with its DVD mailer service originating in 1998, followed up with its online streaming services debuting in 2007. Then in 2013, it sent shivers down the spines of all cable television networks with its own “Netflix Originals” programming, beginning with political drama “House of Cards” and followed by female-driven “Orange is The New Black.”

​These shows were critically acclaimed, Emmy award-winning, and the start of an era of “binging” fueled by a generation of instant gratification addicts (Myself included). With beloved Blockbuster bankrupt by 2010 (RIP) and cable quivering, what was left for streaming giant Netflix to take over? The very thing that started it all… film. In 2015, Netflix released its first two original feature-length films; a sequel to Ang Lee’s “Crouching Tiger, Hidden Dragon,” entitled “Crouching Tiger, Hidden Dragon: Sword of Destiny” as well as Idris Elba’s “Beasts of No Nation.” While the former scored a measly 19% on Rotten Tomatoes, the latter proved to be a critical darling, receiving a high 91% along with Golden Globe and BAFTA nominations for Idris Elba in his supporting role. However, it wasn’t beloved enough for the Academy of Motion Picture Sciences.

Currently, Netflix holds one statue for 2016’s documentary short winner “The White Helmets.” The members of the prestigious 90-year-old Oscar have been hard proved to allow the streaming giant in its shiny golden club; films are made to be seen on the big screen, followed by a half-year wait for a DVD release… not instant and stream-able for all with a $10.99 subscription. Netflix is stuck in the middle of a definition ranging from the “end of an art-form” to the “beginning of a revolution” where production giants like Weinstein and Universal no longer hold the key to a film’s theatrical success.

However, 2017 brought along the end of many things— Harvey Weinstein, fidget spinners, and even Netflix’s awards season leprosy with the release of “Mudbound.” A tale of two families entwined by Jim Crow racism and poverty set in post-WWII farmlands, “Mudbound” put the Academy in a tough spot. They’re already actively trying to make up for their lack of diversity from previous years, and “Mudbound,” helmed by female director Dee Rees, had the critical acclaim, with a 96% Rotten Tomatoes score and the NYTimes saying that it “lands in the present with disquieting, illuminating force,” and topical presence to deserve recognition. It did eventually gain traction, receiving four nominations for the upcoming 90th Academy Awards, two of which were the first of its kind. Dee Rees is the first African-American woman to ever be nominated for Best Adapted Screenplay, and Rachel Morrison is the first female to be up for Best Cinematography in Academy history. It’s very impressive. In the eyes of the Academy, however, it was still not impressive enough to meet their standards for a Best Picture nomination.

The stigma against quality streaming content continues, but will 2018 be the end of this? Netflix has plans to release over 80 original movies this year, up from about 50 in 2017. Among those 80 are several strong contenders for a possible Best Picture nomination, if not a win:

​“Come Sunday” (April 13th)
Produced by This American Life’s Ira Glass, “Come Sunday” is an American drama based on the true story of pastor Carlton Pearson, who is branded a heretic after claiming that hell doesn’t exist. Starring Academy Award nominee Chiwetel Ejiofor (“12 Years a Slave”), Martin Sheen (“Apocalypse Now”), and Danny Glover (“The Color Purple,” “Angels in the Outfield”) “Come Sunday” has just the right mix of biographical intrigue and respected talent to earn itself a Best Picture nod despite being currently swindled away by critics after its Sundance premiere.

“Outlaw King” (November 23rd)
A period drama revolving the efforts of Robert the Bruce to reclaim Scotland, “Outlaw King” has a hefty budget and a plot full of grandeur. Directed by David Mackenzie, whose 2016 “Hell or High Water” garnered four Academy Award nominations, including Best Picture, “Outlaw King” will bring to life this 14th-century Scottish epic with help from Chris Pine and Ben Foster. Could Netflix be attempting to repeat Mel Gibson’s Oscar-winning “Braveheart”? It wouldn’t be a surprise; the last time a period drama won Best Picture would be 2013’s “12 Years a Slave,” and before that, 2003’s fantasy epic “The Lord of the Rings: Return of the King.” We’re overdue for a period piece winner.

“The Other Side of the Wind” (TBD 2018)
I have a very good feeling about this one. Orson Welles, whose stage, radio, and film portfolio remains to this day as some of the most revolutionary work in the 20th century, will soon grace our presence once more with the release of his previously unfinished final film. “The Other Side of the Wind” received a full restoration after Netflix bought the global rights last year, with a slated release date for sometime in 2018. Imagine “The Disaster Artist” but set in the mid-1900s, and you’ve got a general idea of “The Other Side,” which is meant as a satire towards the film industry. Seeing how “Birdman” and “The Artist” have each won Best Picture in 2015 and 2012, respectively, the idea that a refurbished film about the plight of Hollywood starring the late Orson Welles could win Best Picture is anything but far-fetched.

Though getting that Best Picture win may seem like an immeasurable feat for a company that recoils at the idea of a full theatrical release for its originals, they have survived heftier odds— Qwikster, anyone? Netflix is sure to break many more boundaries along the way, but here’s to hoping one of those just happens to be that pesky Best Picture statue.

So what do you think? Do you think Netflix’s push to be accepted more by the Academy of Motion Picture Arts and Sciences will continue in 2018? Let us know your thoughts in the comments below.