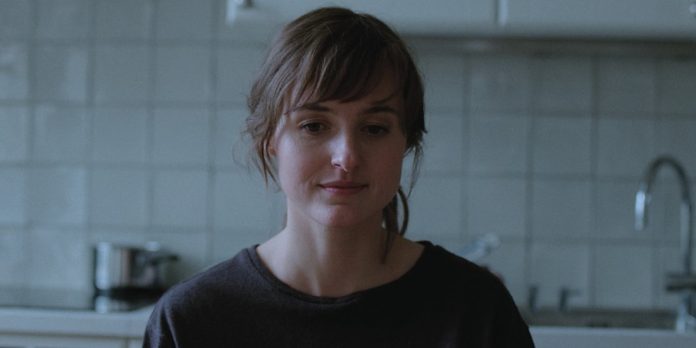 ​The time has come: Oscar voting for the 94th Academy Awards is in full swing. As we speak, members of the Academy are filling in their ballots and ultimately deciding who will be taking home the golden statue on March 27th. At this point in the race, there are frontrunners, underdogs, and tight races. There are even some locks. But, nothing is 100% certain until the final envelope is read. This year, there are loads of fantastic films nominated for an array of awards. One of those films is “The Worst Person In The World,” which is nominated in two categories – Best Original Screenplay and Best International Feature Film.

“The Worst Person In The World” premiered at the Cannes Film Festival to positive reviews and even took home the Best Actress award (Renate Reinsve). Neon quickly bought US distribution rights. This, coupled with its Cannes Best Actress prize, all generated potential Oscar buzz. Writer-Director Joachim Trier had created a significant status with films such as “Thelma” and “Oslo, August 31st,” so it was natural that “The Worst Person In The World” would already have eyes on it. But a Best Actress win and immediate purchase only made filmgoers around the world pay extra close attention.

Now, eight months after its international premiere, the film is a two-time Oscar nominee. At the time of this writing, the film is not expected to win its two categories, Best Original Screenplay and Best International Film. Which, to be honest, is understandable. Both categories are stacked with incredible films. In Best Original Screenplay, nominated screenwriters Eskil Vogt and Joachim Trier are going up against four Best Picture nominees (“Belfast,” “Don’t Look Up,” “King Richard,” and “Licorice Pizza“). Some may say that “The Worst Person In The World” poses some competition in Best International Feature Film. Still, it shares the category with Best Picture nominee “Drive My Car,” so again, both categories seem unlikely to turn into wins for the dark romantic comedy-drama. But, the race still isn’t over yet.

Coming-of-age films are an incredibly popular genre. We get, probably, a dozen a year, and when you think about it, it makes sense. Maturing and growing up comes with conflict and drama (both internally and externally), which is the perfect setting for a story in the visual medium (take Best Picture nominee “CODA,” which centers around a teenager in her senior year and the drama that comes with being 18 for example). Plus, everyone grows up or ‘comes of age’ differently. Thus it is an ever-expanding sub-genre turned genre. But with immense popularity comes the potential for fatigue. How many times can you reinvent the wheel before you’re tired of the wheel in general?

But Joachim Trier has a clever way of looking at the ‘coming-of-age film:’ not focusing on one particular moment in one’s life. As an audience, we don’t follow our main character Julie (Renate Reinsve) for a specific moment in her life; we’re with her for years. We start the film with Julie as a medical student and end with her as a photographer years later. She goes through several jobs, meets numerous people, loses some, makes good decisions and poor ones as well, falls in love, breaks hearts, and has her heartbroken. In each passing year, she gets more confused yet sure of herself at the same time. Julie, at times, is the best person in the world, and at others, is the worst. With this film, it is clear that Trier has cracked the code: all of early adulthood and adulthood is a coming-of-age story. None of us knows what is going on.

Trier’s screenplay is painfully honest, beautiful, and straightforward all at once. He perfectly personifies how confusing and daunting it is to be 20-something. He shows how desperately young people are for their lives to start but are scared of change because they don’t know what is going to change and how it will change. We’re yearning for something more yet are slightly comfortable where we are. Except we’re uncomfortable in the comfort. Because if we’re comfortable, we are probably doing something wrong. Julie is all of this. She, at specific points, knows precisely what she wants to do and then has zero direction whatsoever. Something she was once so confident in, like her line of work or romantic partner, for example, makes zero sense to her in the future. Why? Because that is the painful yet rewarding process of coming of age and figuring out who you are; trying things that intrigue you only to find out that they don’t help you achieve your best self. That horrible yet rewarding trial and error process that takes years is what coming of age is all about.

It would be amazing for “The Worst Person In The World” to take home some Oscar gold come March 27th, preferably in Best Original Screenplay. That seems to be the most likely category for it to stage an upset. With the Golden Globes and Critics Choice awards going to Kenneth Branagh’s “Belfast,” it seems like that film is out in front after Paul Thomas Anderson’s “Licorice Pizza,” couldn’t win the WGA Award after its BAFTA win (that prize instead went to Adam McKay’s “Don’t Look Up“). With the race this splintered, it leaves the door open just enough for “The Worst Person In The World” to be that passion choice that comes up the middle and surprises pundits on Oscar night with a rightfully deserved win. It would also mean Trier and his writing partner Eskil Vogt would officially be Oscar winners instead of the Oscar for Best International Feature Film going to the country of Norway. And frankly, Trier deserves it. What Trier and Vogt are able to illustrate in their screenplay so effortlessly is something I’ve never seen in a coming-of-age film, or a romance film, or any film centered around 20/30 somethings in general.

“The Worst Person In The World” is a masterclass in filmmaking and screenwriting. It’s calming, stressful, melancholy, yet comforting all at once. The pressure of watching time pass while still figuring out who you are is incredibly daunting and heavy. Especially in the Western world, which celebrates achievements and material ownership, and Trier sees that. He acknowledges that and allows all of us to exhale in this crazy, horrible, yet unbelievably beautiful journey that is being an adult. Which, in my opinion, deserves gold. ​

What do you think is going to win the Oscar for Best Original Screenplay? Do you think “The Worst Person In The World” deserves to win either of its two Oscar nominations? Check out our latest Oscar predictions here and let us know your thoughts in the comments section below or on our Twitter account.