“WE HAVE ALWAYS LIVED IN A CASTLE” 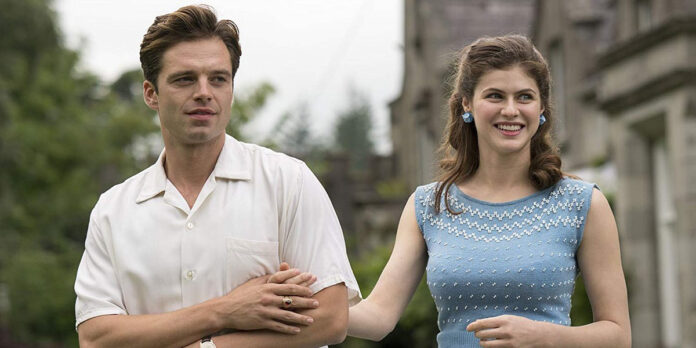 THE STORY – The arrival of a cousin with ulterior motives threatens the claustrophobic and isolated world of two sisters and their uncle.

​​​​​Based on Shirley Jackson’s 1962 mystery novel of the same name, this story is a cautionary tale that reminds us of the danger that control is but an illusion.  We are first introduced to Merricat, played by Taissa Farmiga (“The Final Girls” and “The Bling Ring”),  the dutiful daughter and caretaker to the household. Alexandra Daddario plays Constance, the beautiful loving agoraphobic sister haunted by events of the past. Crispin Glover (“Back to the Future” & “Willard”) plays wheelchair-bound Uncle Julian, a writer who revisits moments from the past in his meandering recounts.  As the only remaining survivors of a tragedy killing the rest of the family five years earlier, the three have developed an existence of isolation in the castle they call home. It only takes a moment to realize something is awry. Rumors and resentment from the town threaten to upset the fortress that Merricat has worked so hard to build for her remaining family.  In order to divert outside forces, Merricat uses her understanding of spells as a form of protective bubble around her world. It is ultimately the arrival of cousin Charles played by Sebastian Stan, (“I, Tonya” and “Captain America: Civil War“)  that creates the most painful upset to Merricat’s ability to control the walls she has built around herself and her loved ones. In the showdown between Charles and Merricat, we are left to wonder whose intentions are well-meaning. Is Merricat’s desperation to protect more dangerous than it originally appeared?

The source material provides enough here to build a world of intrigue. In particular, this works best in the first part of the film as the characters are introduced and some of the remnants of the past begin to surface. There are a few well-constructed scenes at their best when they are between limited characters. Unfortunately, overall, it left me wanting more in better understanding their connection. The construction of the screenplay and the areas of focus in the mid to late parts of the film are lost due to the underdevelopment of character motivation. I realize that part of the point is for those motivations to be ambiguous, but the construction of the film makes it difficult to support the characters. Even when surprises are revealed the foundation is not properly laid in order to make that meaningful. As an example, the sisters are very close and later in the film we do learn more about why but it is unsatisfying. There was an even bigger opportunity to better show elements of that relationship, potentially in flashbacks to help the present day circumstances feel more properly earned. Additionally, the most interesting development for Merricat is her use of spells and understanding of poisons, which would have worked well to be used more consistently as a plot device.

Crispin Glover’s character, Julian, is the highlight, and it is a pleasure to see him commit so much to this role. He was the best performance of the film and his early scenes of exposition and the device used to do that are successful in drawing in the audience.  The other performances are solid but work best in quieter moments. There are supernatural elements that appear that add interest mid-film, but outside of that, the early momentum of the film is lost as we move to the second act. Our main character Merricat follows an arc that makes it challenging to sympathize or understand her motives. This lack of connection to the heroine leads to some of the pacing issues and does not fully explain the extreme elements of the climactic scene.

This film nestles in nicely with the recent surge of female stories illustrating resistance to their oppressors and abusers. For example HBO’s “Big Little Lies or the recent retelling of the Lizzie Borden Story (“Lizzie”) As a full supporter of this movement, I am intrigued to see stories of empowerment and revenge. It creates an interesting moral dilemma to assess when violence should beget violence and when and if the audience should share in the moment as pushback to the power dynamics that continue today. I appreciate the intention of the film, but unfortunately, feel that it fails to earn that stamp of audience approval.