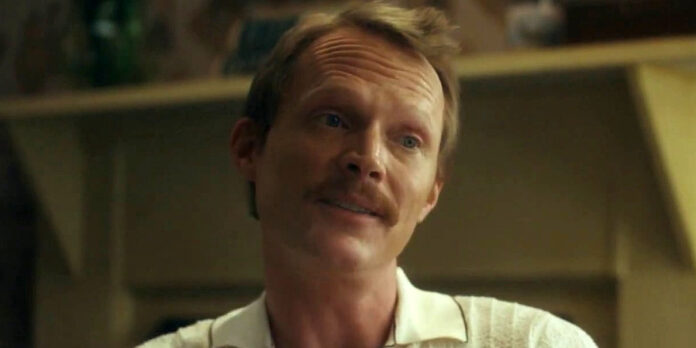 THE STORY – Accompanied by his teenage niece, a gay literature professor reluctantly returns home to attend his father’s funeral.

​​Thirteen years after directing his most recent film “Towelhead,” Alan Ball returns to feature filmmaking with “Uncle Frank,” a comedy/drama which, like most of his work, highlights themes relevant to the LGBTQ community. Primarily known for his creation of two acclaimed HBO series, “Six Feet Under” and “True Blood,” Ball won an Academy Award for writing the Sam Mendes-directed “American Beauty” in 1999.

With “Uncle Frank,” Ball sets up his story focusing on the Bledsoe family as seen through the eyes of the youngest family member Beth (Sophia Lillis). In a prologue set in 1969, Beth (then known as 14-year-old Betty) watches as her grandfather, Daddy Mac (Stephen Root), cruelly dismisses a birthday gift offered from her beloved uncle Frank (Paul Bettany), a hurtful act that only underlines the estrangement her uncle has suffered from the family. Still, Betty adores Uncle Frank, who takes the time to remind her that she can be anything she wants to be.

Betty takes his advice and four years later, she rechristens herself as Beth and enrolls in New York University, the same school at which Frank teaches. Deciding to surprise her uncle one night at his apartment, Beth gets the real shocker when she realizes that Frank is not living with a woman (as his family believes) but with a man, a Saudi immigrant named Walid Nadeem (Peter Macdissi), whom everyone calls “Wally.” When Frank owns up and comes out to her, Beth, who feels like an outsider in her family as well, totally understands.

Then Frank gets the call. Mammaw Bledsoe (Margo Martindale) delivers the news that Daddy Mac has died and that Frank and Beth are expected to come back to South Carolina for the funeral. Frank and Beth hit the road but soon notice that there is a strange car following them. It’s Wally, wanting to come along to meet Frank’s family. This is the moment where the script begins to flies off the rails for me, as Wally is initially presented as a gay man who fled Saudi Arabia to avoid potential execution. Why would he think that there would be no problem for Frank in introducing himself to his family as Frank’s lover? It’s the first of many instances where characters do completely out-of-character things just to advance the plot.

When the film reaches the family funeral, the clichés begin to pile up. Frank, who’s also a recovering alcoholic, must now face the stress of coming out to his family. You can probably write just what happens next. The same goes for a will-reading scene for which you will easily anticipate every beat. There is also a crying-at-the-gravesite scene which you’ve seen a hundred times before, but Bettany is so effective in his genuine grief for a man who despised him that he makes the scene work.

Lillis provides a charming presence throughout and Macdiddi is delightful as Wally, though he does play the character a bit broadly. As the family, though, Ball has cast a stellar group of character actors yet has provided them with little material — besides Root and Martindale, largely wasted are Judy Greer, Steve Zahn and the great Lois Smith who plays Aunt Butch. (I’m not kidding. Even the character names here are too on-the-nose.)

But at least there’s Paul Bettany who can allow you to ignore the plot contrivances and focus on his character’s journey from a safe closeted life to confronting his self-hatred and finally, to slowly begin a bit of self-acceptance. There’s a wonderful movie somewhere inside that character. I just wish that “Uncle Frank” could have been it.