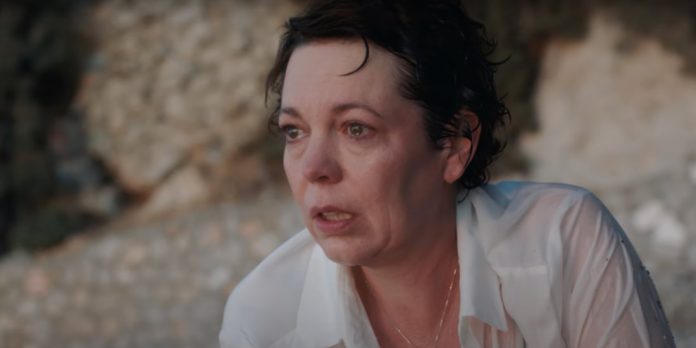 By Matt Neglia
​
Netflix has released the trailer for Maggie Gyllenhaal’s directorial debut, “The Lost Daughter,” starring Olivia Colman, Jessie Buckley, Dakota Johnson, Peter Sarsgaard, Paul Mescal & Ed Harris. The film had its world premiere at this year’s Venice Film Festival and will come to theaters in limited release on December 17th before coming to Netflix on December 31st.​

​Plot Synopsis: Alone on a seaside vacation, Leda (Olivia Colman) becomes consumed with a young mother and daughter as she watches them on the beach. Unnerved by their compelling relationship, (and their raucous and menacing extended family), Leda is overwhelmed by her own memories of the terror, confusion and intensity of early motherhood. An impulsive act shocks Leda into the strange and ominous world of her own mind, where she is forced to face the unconventional choices she made as a young mother and their consequences.

What do you all think of the trailer? I was lucky to see this film at the Telluride Film Festival, with the cast and crew present, and I must say, it’s a solid directorial debut for Maggie Gyllenhaal. She does not shy away from the book’s challenging themes and skillfully juggles the two timelines very well, cross-cutting back and forth between them to elicit the proper emotions from the audience to empathize with Leda. Jessie Buckley delivers an excellent performance as the younger Leda and the rest of the ensemble all deliver expectedly good work, but this is the Olivia Colman show. She’s giving one of her best, if not her best, performance to date, filled with subtly and nuance, providing extra layers to such a complex character. How the film will continue to perform throughout the awards season remains to be seen. Still, the cast and Gyllenhaal have had an active presence on the campaign trail so far, charming audiences with their star power, insight, and overall likability. It’s a long road until its December release, though, so there’s still a chance it could be overshadowed by bigger contenders, some of which are still to come from Netflix. What do you all think, though? Let us know your thoughts in the comments below or on our Twitter account.