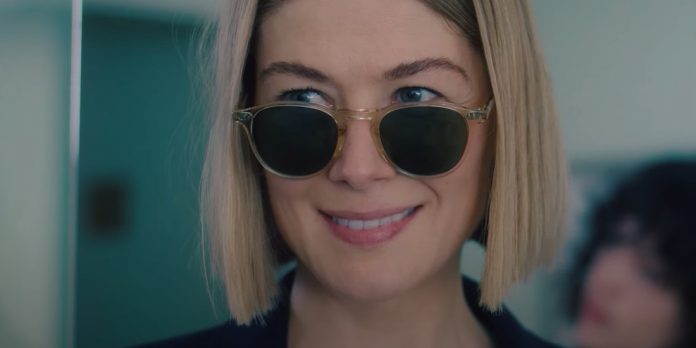 By Danilo Castro
​
Netflix has released the trailer for “I Care A Lot” starring Rosamund Pike, Peter Dinklage, Eiza González, Dianne Wiest, and Chris Messina. It will be released on February 19, 2021 on the streaming platform.
​
​Click below to see the trailer.

Plot Synopsis: A crooked legal guardian who drains the savings of her elderly wards meets her match when a woman she tries to swindle turns out to be more than she first appears

What do you all think of the trailer? “I Care A Lot” has earned rave reviews from critics (including our very own EIC, Matt Neglia), who have singled out the confident direction of J Blakeson and the wickedly charismatic lead performance by Rosamund Pike. The film’s satirical approach to large corporations feels has plenty of relevance at the moment, so we couldn’t be more thrilled for its release. Let us know your thoughts in the comments below or on our Twitter account.