“The World To Come” And The Art Of Adaptation 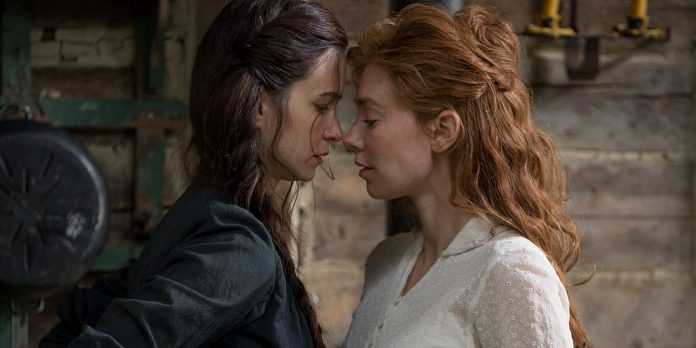 As we all know, adaptations are more common than not. It isn’t abnormal that when a film comes out, we find out it was based on something else. From plays to novels to real-life events and everything in-between, the film industry is at least half made up of artists adapting pre-existing stories into the medium of cinema.

​The latest adaption is “The World To Come,” adapted from Jim Shepard’s short story of the same name (he also co-wrote the screenplay). In most cases, a film adaption is a way for a story to be told to a larger audience but sometimes, when adapted well, the film can add an extra layer that wasn’t previously there before.

Both stories, for the most part, are the same. Abigail (Katherine Waterston), a woman living on the American frontier, meets Tallie (Vanessa Kirby) and forms a strong relationship for which they do not have the words to characterize or describe it. The film tackles the relationship between the two women as well as their relationships with their respective husbands and the hardships of living life in rural America pre-1900. But “The World To Come” is one of the few films that benefits from the adaption process as it transitions from the written medium to a visual one.

What’s striking about “The World To Come” is that its heart lies in its absences. The short story published in 2017 is 35 pages composed entirely in diary entries, all on Sunday, from our protagonist, Abigail. In her first diary entry, Abigail writes that her husband asked her to keep a journal of matters that would not make it into his ledger, which documents their farm’s productivity. A similar voiceover can be heard in the first five minutes of the film, introducing us to our narrator.

A major theme of the story is about written documentation and the notion of who documents and what is documented and, therefore, what is left out. In addition to Abigail’s journal, her husband Dryer (Casey Affleck) keeps a ledger. Tallie’s husband Finney (Christopher Abbott) keeps two, one to document trespassers and the other to document Tallie’s departures. All of these documentations of the same weekly day are being kept, but they tell different stories. Due to Abigail’s journal, the audience can see what life was like for women during this time because, according to her husband and proven throughout the film, she isn’t in the main ledger. This journal is meant for things that might go overlooked, which in rural America in the mid-19th century is Abigail’s existence. Without them, the only evidence of Abigail’s existence would be a sentence if she bought a dress one day.

But since the short story is written entirely in a journal format, it is important to note that audiences can assume that the narrator will omit certain details because her husband could potentially read these journals. After all, a diary is a property and during this time, Abigail is also considered her husband’s property, which makes the journal his property by association. This was Dryer’s main idea in the first place. Even though Abigail will include information that Dryer will leave out in his ledger, she will also leave out information that she doesn’t want her husband to know about potentially.

At the beginning of the short story, Abigail follows her husband’s orders and writes about the weather and what she ate for breakfast that morning. But as time goes on, she begins to express her feelings more, but still in a cautious manner. In the voiceover at the beginning of the film, she also states that “there would be no record in these dull and simple pages of the most passionate circumstances of our seasons past. No record of our emotions or fears. Our greatest joys. Our most piercing sorrows.” These journals give us a lot, but not everything. There is more than meets the eye.

This is why the story is a perfect subject for a film adaptation. The purpose of which, especially when the story originates in literature, is to bring the narration to life and fill in the story gaps between the lines, which is already what the short story is about. Its weekly check-in structure aids this. The story and film are about the exchanged words, but it is also about what is between the dialogue and each entry. Instead of relying on Abigail’s journal entries, the diary voiceover is now an entryway into her life and the people she encounters.

The way the film filled in these ‘gaps’ is through the direction and dialogue. “The World To Come’s” screenplay is written like a great play but is acted on an intimate level that shines, especially in the scenes between Abigail and Tallie. It comes down to the point where the dialogue has turned into a code that only the two characters can speak and is all about them figuring out what that code is and deciding if they want the other to know that they understood the message. Waterston and Kirby astound in these scenes as they navigate through the verse-like dialogue. Yes, the screenplay is great, but it is the prolonged glances, the tempo of the dialogue, the pauses in between certain words, subtle reactions and long takes on the actors’ restrained yet longing expressions that make the film excellent. As I said, this story is all about what is in between the words (both in the short story and the film) and film is the perfect medium, if not the only medium, to explore that.

It is always interesting to see how stories can change to fit different mediums since each favors different aspects of a story. At its core, “The World To Come” is about two women becoming creatures of their own desire in a world where the lexicon for that didn’t exist. It’s about them navigating those emotions without the vocabulary and the challenges that come with being women of want in a world that rarely acknowledged that they were even there in the first place. The original short story hits that theme on the head and its film adaptation only strengthens that argument through the visual medium.

“The World To Come” may have come out at the end of this year’s Oscar season to little notice but it deserves to be talked about and celebrated. It’s a feat of adaptation that should be considered for Best Adapted Screenplay. Have you seen it yet? If so, what did you think of it? Let us know your thoughts in the comments section below or on our our Twitter account. Also check out our latest Oscar predictions for Best Adapted Screenplay here.