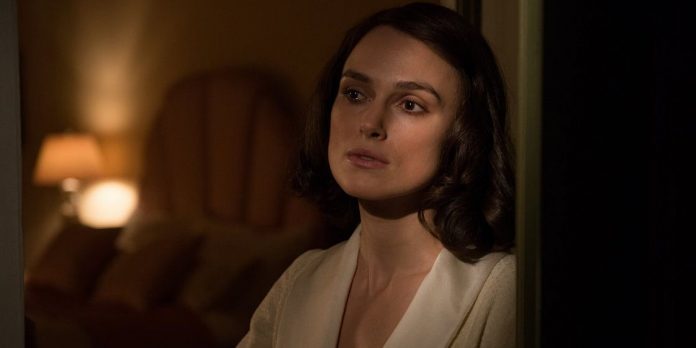 ​With “The Aftermath” coming out this month, it’s a good time to look back over Keira Knightley’s best performances. Her latest film falls into a pattern of her movies that could almost be its own genre: period dramas in which Keira Knightley’s character has an affair. There certainly was a wide variety of choices for this list because even though Knightley is frequently in period films, her roles show substantial range from the hysteria-riddled Sabina in “A Dangerous Method” to the fiery Elizabeth Swan in “The Pirates of the Caribbean” films.

These are my personal five picks for Keira Knightley’s best performances in a period drama.

In the British independent film “The Duchess,” Knightley plays English aristocrat Georgiana Cavendish whose unhappy and even abusive relationship with her husband is well-known by historians. The role is a transformative one as Georgiana is just seventeen at the beginning of the movie and ages ten years over the course of it. Knightley gives a mature performance, beautiful in its restraint. While some actresses might have overacted this role, Knightley’s performance is nuanced creating a character that is entirely sympathetic.

Knightley’s performance in Joe Wright’s heart-wrenching film “Atonement” may be remembered mostly for that gorgeous green dress, but there’s a lot more to it. As the beautiful and sophisticated Cecelia whose life is thrown off course by a petty act committed by her younger sister, Knightley shines. The role earned her a Golden Globe nomination and it’s a masterclass in how she is capable of portraying a score of emotions with just her facial expressions.

Knightley earned her first Oscar nomination for playing Elizabeth Bennet in Joe Wright’s “Pride and Prejudice” and it is perhaps her most well-known role. Taking on one of the most beloved literary heroines of all time is no easy task, as Elizabeth is a tricky character whose vanity and righteousness are masked by her charm, intelligence, and affectionate nature.

Knightley manages to bring to life a charismatic Elizabeth without ever shying away from the disdain she shows Mr. Darcy and her own younger sisters. Of course, she has incredible chemistry in this film with love interests Matthew MacFadyen as Mr. Darcy and Rupert Friend as Mr. Wickham. However, even more impressive is her chemistry with the four women who play the other Bennet sisters and Donald Sutherland as her father, truly making this the family drama Jane Austen meant it to be.

In the most recent of her collaborations with director Joe Wright, Knightley plays the titular role in “Anna Karenina.” In a film so theatrical and stylized, it’s impressive that Knightley’s nuanced performance is never overshadowed. Anna is an even more perplexing heroine than Elizabeth Bennet, but Knightley manages to maintain the audience’s sympathy without ever shying away from how misguided many of her character’s actions are.

Knightley manages to portray all of Anna’s frustrations with Karenin (portrayed by a stern and fastidious Jude Law) but also makes Anna Karenina a very believable loving mother, something that sets this adaptation apart from earlier ones. She has a way of working with other actors in a way that beautifully enhances their performances without undermining her own place as the star of the film, which is on display here. She displays a charm and an appeal that linger even as the character is driven into despair, something not many actresses can deliver.

Knightley’s latest period drama role was portraying author, actress, and journalist Gabrielle Colette opposite Dominic West as her husband, Willy in “Colette.” Her chemistry with West is only matched by her chemistry with Eleanor Tomlinson as the sensual Georgie Raoul-Duval. Knightley takes the audience on a journey as she transforms from a strong-willed but naïve young girl from the countryside to a neglected and used society wife to a strong and subversive figure of French society in her own right.

Knightley’s fiery performance as Colette is astounding, especially in how she portrays her complicated relationship with her husband. Watching her struggle for her own independence and to carve her own place in the world despite missteps is a demonstration of what a real strong female character looks like – complex, flawed, but determined. This performance cemented for me that Knightley is truly a master of her craft, capable of subtly and grand performance all at once.

What is your favorite Keira Knightley performance? How would you rank her role in “The Aftermath?” Have you seen it yet? What did you think? Let us know your thoughts in the comments section below or on our Twitter account.