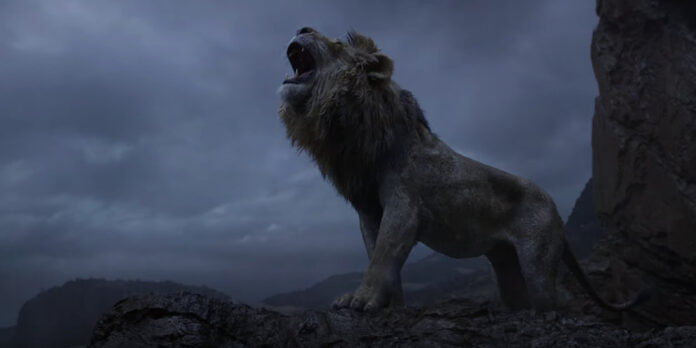 THE STORY – Simba idolizes his father, King Mufasa, and takes to heart his own royal destiny on the plains of Africa. But not everyone in the kingdom celebrates the new cub’s arrival. Scar, Mufasa’s brother — and former heir to the throne — has plans of his own. The battle for Pride Rock is soon ravaged with betrayal, tragedy and drama, ultimately resulting in Simba’s exile. Now, with help from a curious pair of newfound friends, Simba must figure out how to grow up and take back what is rightfully his.
​
THE CAST – Donald Glover, Seth Rogen, Chiwetel Ejiofor, Alfre Woodard, Billy Eichner, John Kani, John Oliver, Beyoncé Knowles-Carter & James Earl Jones

​​​Full disclosure: “The Lion King” (1994) is one of my Top 10 favorite films ever made. It was a huge influence on me as a child and it is till this day the first movie I can ever recall seeing in a movie theater. The story, with its Shakespearean quality, is absolutely timeless. The animation is breathtakingly beautiful. The voice acting is iconic. The Academy Award-winning score by Hans Zimmer and songs by Elton John and Tim Rice are all-timers. Literally, every element of that hand-drawn animated film is completely immaculate. So, when Disney’s “The Jungle Book” was remade using the latest computer technology with director Jon Favreau at the helm, they immediately saw dollar signs and announced that a “photo-realistic” remake of the “The Lion King” would be developed by Favreau next. There was apprehension at first but things worked out well enough for Favreau’s last effort and with Hans Zimmer returning, a new talented voice cast on board and the latest technological advancements, how could see this not succeed? The answer is simple: a lack of heart.

Set in the pride lands, “The Lion King” follows the rise of Simba, a cub (JD McCrary) who becomes a lion (Donald Glover) and who will one day become king of all the creatures in the kingdom. His father, Mufasa (James Earl Jones’ voice returns), is murdered by his uncle Scar (Chiwetel Ejiofor) and Simba is forced to flee his home and turn his back on his responsibilities. Years later, Nala (Beyoncé Knowles-Carter), a lioness, who befriended Simba at an early age, leaves the pride lands under Scar’s tyrannical rule to find help. She finds Simba living in a beautiful jungle along with his new friends Timone and Pumba (Billy Eichner and Seth Rogen) and tries to convince him to return home and to take his rightful place as king. Haunted by the past, Simba must make the decision to return back to Pride Rock, challenge Scar and ascend to his father’s place on the throne.

When Ian Malcolm says in “Jurassic Park”…”Your scientists were so preoccupied with whether or not they could, they didn’t stop to think if they should,” it’s a line that has never resonated for me more clearly than with Favreau’s “The Lion King.” What this technical marvel of visual effects is missing that “The Jungle Book” had was a live-action, human component that could draw the audience in. “The Lion King” is 100% CGI from beginning to end with no live action elements. It has sparked a tremendous amount of debate as to whether or not the film is even considered an animated film or not.

Think back to “Rogue One: A Star Wars Story” and everyone’s reaction to the folks at ILM re-creating Peter Cushing on screen using visual effects, to act opposite live actors. The reason something always felt off about those moments was because of how much the lines were blurred between computer-generated imagery and reality. It was close to achieving its goal, but audiences still knew what they were seeing was not real and thus, their disengagement with the material came through. “The Lion King” has the exact same problem. Without an actual live component for us to attach ourselves to, the final product, despite how close it comes to achieving visual perfection, feels lifeless. Movies such as “Life Of Pi,” “Gravity” and “Avatar,” are other examples of visual effects wonders that achieved a high level of success and it was because audiences were drawn into the story and the characters due to the mixture of human elements mixed with fictitious ones.

“The Lion King” asks us to still accept the story and characters we all know and love, but it becomes incredibly difficult when what you’re seeing on-screen is trying to pass itself off as reality when in reality there’s nothing truly there. In other computer generated movies such as the recent “Toy Story 4,” this isn’t a problem because we never forget that what we’re watching is the animation genre and our brains have been conditioned to accept the genre’s form of storytelling. “The Lion King” is attempting to blur the lines between animation and photo-realistic, so naturally, our brains become blurred as well. Constant thoughts of “why is the camera moving this way?” and “the uncanny valley” as it’s known within the industry, pop up frequently but “The Lion King” has an even bigger problem than the soullessness of its animation.

Favreau’s remake is almost (with a few exceptions) a shot-for-shot remake of the beloved 1994 animated film. Beat for beat, moment by moment, entire scenes and dialogue are lifted right out of the original film and placed within this difficult to assess fully CGI world and the results sometimes work but more often they do not. I will admit, that on its own terms, I can see how “The Lion King” would hold up well. However, when your new version takes this many elements from the original, the comparisons are going to become inevitable and it is here where Favreau digs yet another hole for himself. His version, simply cannot live up to the original, no matter what, under any circumstances.

There are certain aspects that meet the original in its own unique way. For example, the “Circle Of Life” opening is still just as gorgeous, majestic and epic as ever, prompting tears and goosebumps from all of those who bear witness to it. And without any voice acting from the cast to inevitably draw comparisons to the original and thus bring the scene down, this opening number stands as probably the best moment of the entire film. For a few minutes, my worries and fears had completely left me and I felt like I was in good hands. And then came the voice acting…

The voice cast I feel are in a lose-lose situation. There’s no way anyone was ever going to surpass what was done with the original. Their only hope was to match it with their own takes on these iconic characters and some pull it off better than others. The comedic voice acting from Billy Eichner and Seth Rogen as Timone and Pumba is an absolute scene stealer, with some variations on the original’s hilarious dialogue that works very well here. Same goes for John Oliver as Zazu, who injects a bothersome but humorous tone for the news reporting and stern bird that plays to the actor’s strengths. And casting Florence Kasumba, Keegan-Michael Key, and Eric Andre as the hyenas is another example of casting that works very well here both for their menacing and comedic qualities.

JD McCrary does a great job as young Simba and Chiwetel Ejiofor surprises the most with a depiction of Scar that is just as threatening as Jeremy Irons’ work in the original. His version of the character is less theatrical, which is an aspect that is prevalent throughout the film, as Favreau attempts to ground the film in reality as much as possible and Ejiofor rises up to the daunting challenge. Sadly, I think casting James Earl Jones again as Mufasa was a giant mistake. Listening to him say the same exact lines of dialogue from the original but with a different tone and style feels inferior at nearly every turn, as it lacks the energy and heart of the original. Donald Glover and Beyoncé Knowles-Carter each do a decent job as Simba and Nala respectively but they too never rise to the same level of dramatic height as the original. Their duet though during the beautiful “Can You Feel The Love Tonight” is well done and worthy of their inclusion in the film.

It’s still “The Lion King,” and for many, that will be enough. However, I do wonder if audiences will sit down and watch this CGI spectacle and think to themselves that something constantly feels off. Whether its the pacing, the rushed moments of emotion that the original earned so well, the visual effects which so desperately want to convince us that what we’re watching is reality when we know for a fact that is not true, Jon Favreau’s almost identical remake is lacking. It can still be gorgeous at times and Hans Zimmer’s work is just as great as ever but Jon Favreau’s “The Lion King” will forever be seen as a secondary imposter to a classic that still holds up till this day 25 years later. That is unless, of course, you’ve been living underneath Pride Rock and have never seen the original. Oh well…”Hakuna Matata,” right?