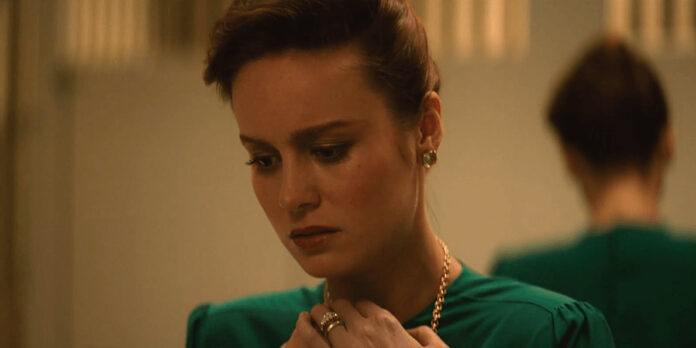 THE STORYBased on a memoir, four siblings must learn to take care of themselves as their responsibility-averse, free-spirit parents both inspire and inhibit them. When sober, the children’s brilliant and charismatic father captured their imagination, teaching them physics, geology, and how to embrace life fearlessly. But when he drank, he was dishonest and destructive. Meanwhile, their mother abhorred the idea of domesticity and didn’t want to take on the work of raising a family.

​Based on the true life memoir of Jeannette Walls, “The Glass Castle” is a well-intentioned film by Destin Daniel Cretton, who built up a huge name for himself with his independent breakout hit “Short Term 12” (Also starring Brie Larson). However, it gets completely brought down by its unearned ending that is steeped in sentimentality and sends the completely wrong message to its audience. The performances by the cast are certainly committed towards the emotion that Cretton is striving for but “The Glass Castle” is missing a certain spark that made “Short Term 12” so special.

Taking place in both the present and in the past, “The Glass Castle” depicts the real life story of Jeannette Walls (Played in the past timeline by Ella Anderson and Chandler Head and by Academy Award winner Brie Larson in the present) and her family’s poverty stricken upbringing by their dysfunctional parents, a struggling artist (Naomi Watts) and an alcoholic named Rex (Woody Harrelson). The family is constantly moving from state to state whenever their debts get too high or Rex’s temper and decision making lands them in trouble with the law. The children are not in school and they don’t have a home. In the present day, Jeannette is engaged to her fiance (Max Greenfield) in New York City where she is now working as a writer. However, she still has to deal with her parents on occasion as they too are living in New York City in an abandoned area on the lower East side.

With two timelines running simultaneously, as we see how the past has shaped the present for Jeannette and the rest of her family, the bottom line is that her father is not a good one who deserves to be glorified for how he raised his children. Rex is an alcoholic who could never get out of his own way to make a better life for himself or his family. He’s the reason for their entire upbringing and his delusional wife is no different. Why she chooses to stick with him through every outburst, setback or wrongful choice is beyond me. Because Rex teaches his children how to dream big for the future and not be afraid of whatever life throws at them, he’s supposed to be some kind of a hero by the end? One good deed does not wash out the bad. From a storytelling standpoint, I take great issue with the moral of the lesson to be learned here. Depending on your own morals and values you will either find the end ending to be heartwarming or unearned.

There was an intimacy to “Short Term 12” that felt real. “The Glass Castle” is going for a similar feel in terms of its story and how performances collect the same level of emotion but this has a certain storybook quality that feels manufactured from the very first frame to the last. Whether it’s the shiny cinematography or the sour taste that the ending left in my mouth, there is no doubting the fact that “Short Term 12” is a much better film in terms of capturing authentic human drama. I’m not downplaying the life story of Jeannette Walls and what her family went through. I’m sure it was hard for all of them, having to grow up with the disadvantages they were given, but that does not mean that it makes for a good film. I do recommend the book though for those looking for the true medium for this kind of a story.

The performances from Brie Larson, Naomi Watts and especially Woody Harrelson are all to be commended for the effort they put into making these characters feel as human as they can be. However, the screenplay is overly sentimental and designed to obtain emotion from the viewer in the most manipulative way possible. While I could certainly see Harrelson possibly getting a Best Supporting Actor nomination for his role here as the alcoholic patriarch of this family (It’s pure Oscar bait), he and the rest of the cast are let down by Cretton in the most disappointing way possible. Opting for a more fantastical level of storytelling instead of a more grounded feel, Destin Daniel Cretton, unfortunately, hits the sophomore slump of his career despite his best intentions and the work of his cast. Rex Walls may never have built the Glass Castle for his family and Cretton may not have made the film we wanted but there’s still hope for the future from this talented filmmaker.