“THE GIRL ON THE TRAIN” 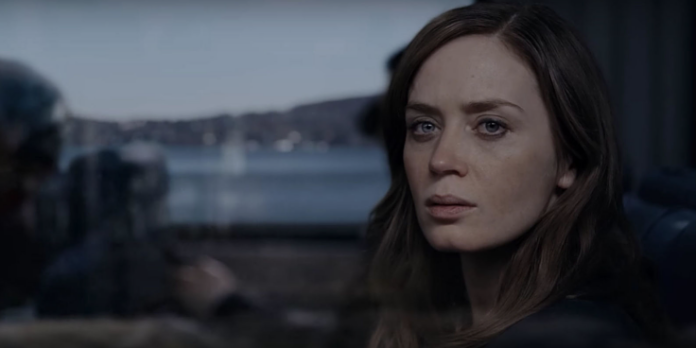 THE STORY – Commuter Rachel Watson (Emily Blunt) catches daily glimpses of a seemingly perfect couple, Scott and Megan, from the window of her train. One day, Watson witnesses something shocking unfold in the backyard of the strangers’ home. Rachel tells the authorities what she thinks she saw after learning that Megan is now missing and feared dead. Unable to trust her own memory, the troubled woman begins her own investigation, while police suspect that Rachel may have crossed a dangerous line.

“The Girl On The Train” wants so desperately to be “Gone Girl” and it’s so blatantly obvious that the film is a complete mess because of it. Instead of trying to forge its own identity and provide necessary commentary on the relationships between men and women it would rather tell a bland and predictable story of love, murder, and betrayal. The film is saved from being a complete disaster by the committed performance from the always fantastic Emily Blunt and a decent ensemble that is other than Blunt, completely mishandled by director Tate Taylor.

Every day train commuter and self-destructive alcoholic Rachel Watson (Emily Blunt) takes the train into the city and she sits in the exact same car every day so that when the train reaches one of its stops she can glimpse her old neighborhood. She sees her ex-husband Tom Watson (Justin Theroux) living a whole new life with Anna (Rebecca Ferguson) and their newborn baby. She also see’s a few houses down a seemingly perfect couple. She imagines what the lives of Scott and Megan (Luke Evans & Haley Bennett respectively) must be like as she yearns for a better life for herself. One day, Rachel see’s something out of place and when she learns that Megan is reported missing by the local authorities, she attempts to assist with the investigation. However, her alcoholism clouds her memory and judgment leading Rachel to question what exactly she saw that day and even her own possible involvement.

“The Girl On The Train” is salvaged by the terrific Emily Blunt who gives a powerhouse performance as an alcoholic who has trouble determining reality due to her constant drunken blackouts where she loses blocks of time. Her performance ranks as one of the best of her career and it is unfortunate that it has to occur in such a disappointing movie as it could have really gotten her the first Oscar nomination of her career. Supporting performances are fine for what they are from Bennet and Ferguson but director Tate Taylor does not give them the platform to allow their performances to breathe the same as he does for Blunt. The male performances by Theroux and Evans are also fine but suffer more than the women due to the predictable and dull writing of the film’s screenplay.

Tate Taylor always struck me as an odd choice to direct this trashy suburban thriller. The screenplay, though not perfect, is serviceable enough that a decent movie could have been crafted from it resulting in something that would at least be considered entertaining. Instead, Taylor checks off all of the boxes in regards to this film’s genre and fails to do anything remotely interesting in terms of camerawork or storytelling. In fact, the manner in which Taylor chooses to unfold the story to his audience through the use of nonlinear flashbacks is at times confusing and unfocused. The suspense that a film such as this is supposed to instill in us is nearly nonexistent (Except for a little bit in the film’s third act) and any subtext which the filmmaking could have conveyed to the audience is lost in favor of cheap genre thrills. The film is a misfire all around in nearly every department as the editing is frustrating, the score is forgettable and the focus of the film’s narrative is all over the place.

“The Girl On The Train” was never going to be a classic. It was never going to be “Gone Girl.” It’s possible that not even a decent movie could have been crafted from such an inconsequential and lifeless story of passionate affairs, deception, and ultimately, murder. However, I believe that with Blunt’s committed performance as it is, a shift in the screenplay’s focus and a better director at the helm, “The Girl On The Train” could have at least been tolerable.​

The Next Best Picture Podcast · "The Girl On The Train" & "The Birth Of A Nation"
Share
Facebook
Twitter
Copy URL
Previous article
“QUEEN OF KATWE”
Next article
Will #OscarsSoWhite Strike Again This Year?