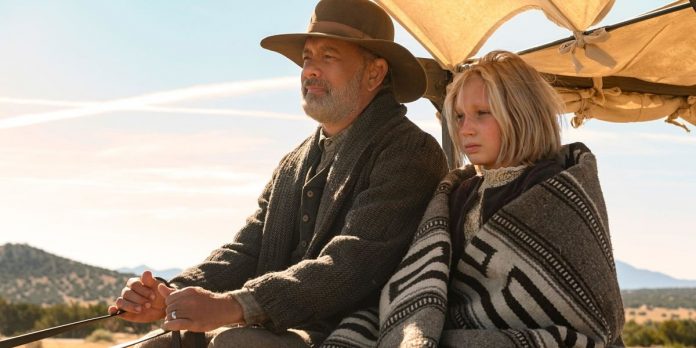 2020 is officially over. However, not only is the Oscar race still underway, but we haven’t even seen all the films that will qualify for the 2020 Oscars. As buzz continues to circulate and the season tightens up, let’s take a look at the Next Best Picture team’s current below-the-line predictions and see how they rank.

At this point in the race, none of the predicted top contenders have changed in any of the categories. We’re in a strange period of time where most of the films have been seen but the industry awards have yet to weigh in, so we can only use critics’ prizes, general buzz, and critical reception to try and predict what the Oscars may favor. General buzz on “Judas and the Black Messiah” is good, even though the film is mostly unseen, and it managed to knock “Ma Rainey’s Black Bottom” out of the predicted five in this category. The continued good word and consistent critics awards for “Da 5 Bloods” and “Minari” helped those films to rise here and in other categories.

The biggest change in this category compared to our last check-in is the ascension of “The Glorias” from its previous spot at the bottom of our rankings to its current position just outside of the top five. This may be due to our team’s recent discovery of an interesting trend: every single one of director Julie Taymor’s four previous feature films was nominated in this category. This speaks to her ability to choose costume designers that the Academy likes, and this may work in her favor again as “The Glorias” was designed by previous three-time winner Sandy Powell. Otherwise, the lavish and attention-grabbing costumes of “Ma Rainey’s Black Bottom,” “Mank,” “Emma.” and “Mulan” continue to lead this category.

Dropped Out: One Night in Miami

This is yet another category in which “Da 5 Bloods” showed its strength. “Ma Rainey’s Black Bottom” had a big drop from its previous position of fourth place, possibly due to more people on our team having seen it. Its editing is notable but perhaps not quite enough to overcome the Best Picture contender “Nomadland” or the flashy cutting of “Tenet,” both of which rose in the rankings.

Dropped Out: News of the World

Our predicted top five remained solid here. Although it’s only in ninth place, “The Personal History of David Copperfield” broke into this category. This is indicative of its strong overall showing in our craft category predictions, and if it can rack up some nominations in the comedy slots at the Golden Globes, its star will only continue to rise. “Pinocchio” saw a major dip in predictions as its buzz seems to be quieting since its release.

The ornate designs of “Emma.” saw a major bump in this category. Best Production Design is often tied to Best Costume Design, where “Emma.” is also a strong contender, and even in the expanded era, films are frequently nominated in both categories without a Best Picture nomination (recent examples include “Fantastic Beasts and Where to Find Them,” “Beauty and the Beast” and “The Danish Girl,” among many others). As in Best Makeup & Hairstyling, “The Personal History of David Copperfield” saw enormous growth in this category.

The film with this category’s name in its title continues to hold steady at the top. In fact, every single member of our team currently has “Sound of Metal” as their predicted winner. In addition, this is the only category in which “News of the World” rose in its rankings; in every other category, it either fell from its previous position, didn’t move, or dropped out of the top ten completely. We’ll see if it can continue to hang on across the next few months of the Oscar race.

Given the mixed reception it received upon its debut, it’s not surprising that “Wonder Woman 1984” plummeted in our rankings (it was in third place at our last check-in). Even with glowing reviews, the first “Wonder Woman” wasn’t nominated here, so its sequel certainly has an uphill battle, even in this strange year. “The Invisible Man” had a big bump up to third place, a sign that it continues to have strong buzz even as we approach the one year anniversary of its release. But, until proven otherwise, this is “Tenet’s” award to lose.

As in most categories, “The Midnight Sky” dropped severely here after its less-than-stellar reception upon release. It moved out of the top five entirely, which allowed “Tenet,” “Hillbilly Elegy,” and “Minari” to all move up a slot. But still, Trent Reznor and Atticus Ross are sitting pretty at the top of our rankings for “Soul” and “Mank,” and it doesn’t seem like that will change anytime soon.

You can find our team’s detailed predictions organized by category here. Keep an eye on our predictions as we chart which films are up and which are down across this long and winding awards season. Let us know your thoughts in the comments section below or on our Twitter account.