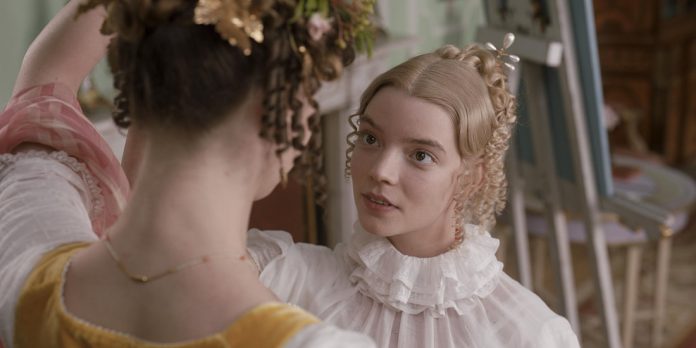 It’s mid-January. Critics awards continue to roll in and nearly all of the contenders have been seen by the public. At this stage of the awards season, there’s not much more we pundits can do besides wait. Within the next two weeks, we will have heard from the National Board of Review and the Independent Spirit Award nominations, and we’ll be on the cusp of the Golden Globes and SAG nominations. At that point, things should start to shift around to reflect what those awards bodies favor. But until then, let’s take a look at where the Next Best Picture’s below-the-line predictions stand at the end of this phase.

Our top five is completely unchanged, but this is one of many categories where “Da 5 Bloods” saw reassuring advancement. Its ability to hang on in the awards race over half a year since its release is impressive, especially given the fact that many other contenders have come and gone in the months since. If it continues to do well with the industry and televised awards, don’t be surprised if it easily scoops up five to seven Oscar nominations.

This is the only below-the-line category in which our current predicted winner has changed. “Emma.” features exactly the type of lavish period costumes that the Academy likes to reward. It doesn’t stand a great chance of getting any above-the-line nominations, but this is one of the few categories that still goes to non-Best Picture contenders fairly often, even in the expanded era (“The Young Victoria,” “Alice in Wonderland,” “Anna Karenina,” “The Great Gatsby” & “Fantastic Beasts and Where to Find Them“). It’s important to note, however, that all of those winners were also nominees in Best Production Design, so the “Emma.” team should work to earn nominations in both categories, which would indicate the kind of general admiration from voters that can lead to a win. Besides the gorgeous Jane Austen adaptation, this category saw a lot of movement from other contenders. While it’s still an uncertain category overall, expect Best Picture contenders “Ma Rainey’s Black Bottom” and “Mank” to rack up nominations here with fairly little trouble.

“Nomadland” continues to climb the ranks in this category, certainly boosted by its continued dominance of the critics’ prizes for Best Picture. While “Birdman” was an exception to the rule, the fact of the matter remains that in order to be considered a serious contender for Best Picture, your film simply must have a Best Film Editing nomination. This rule was solidified by the recent surprise Best Picture winners “Green Book” and “Parasite,” which both scored Best Film Editing nominations while their year’s predicted frontrunners (“Roma” and “1917,” respectively) did not. Meanwhile, “Judas and the Black Messiah” saw a severe dip after bouncing up in the rankings at our last check-in, and this was another category in which “Da 5 Bloods” saw growth (it was new to this category at our last check-in).

Dropped Out: The Glorias

This tricky category did not see any significant changes amongst its most serious contenders. “The United States vs. Billie Holiday” plunged to the bottom of our rankings, which isn’t too surprising given its recent mixed reception. “Emma.” made its first appearance on our list, and it certainly seems like the type of hairstyling-heavy period contender that this branch occasionally likes to nominate (“The Young Victoria,” “Victoria & Abdul” & “Mary Queen of Scots“). Still, this category favors nominees that are heavier on the makeup side, with movie star transformations still being their favorite type of work to award (“Darkest Hour,” “Vice” & “Bombshell“). This predilection would certainly help this category’s two current frontrunners: “Ma Rainey’s Black Bottom” and “Hillbilly Elegy.”

Nothing much to see here. “The Trial of the Chicago 7” certainly feels like the type of across-the-board contender that can easily rack up a good number of craft nominations, a la “The Irishman” or “The Shape of Water.” This type of rubber-stamp nominating is to be expected for Best Picture frontrunners, which would explain its ascension in this category.

Dropped Out: The Trial of the Chicago 7

“News of the World” is an interesting case of the type of movie that got a decent-but-not-stunning reception but still seems like it’s right up Academy members’ respective alleys. As such, it continually bounces around our craft category predictions, including here in Best Sound. It wouldn’t be surprising if this film earned six nominations, zero nominations, or something in between. Also, this was yet another category in which “Da 5 Bloods” showed encouraging support.

This category had virtually little change. Until televised awards start to chime in, don’t expect that to change. However, it’s hard to see a world in which “Tenet” doesn’t win.

Dropped Out: One Night in Miami

“Ammonite” made a somewhat-surprising debut in this category. Given that its composing team of Volker Bertelmann and Dustin O’Halloran are previous nominees for their work on “Lion,” it wouldn’t be too surprising for them to get a nomination from this branch that favors familiar names. There is a world where our current top five is nominated and among them, “Mank” is the only Best Picture contender, or the nominating committee could default to favoring the more Oscar-friendly “Da 5 Bloods” and “The Trial of the Chicago 7.”

As usual, this category remains nearly impossible to predict this early. Now that many of us have gotten the chance to see “One Night in Miami” and hear its contending song, our pundits seem confident that it has what it takes to go all the way. And while it hasn’t made our rankings just yet, don’t be surprised if “Fight for You” from “Judas and the Black Messiah” begins to make an appearance in predictions. A few of our team’s members currently have it highly ranked in their predictions.

By our next bi-weekly check-in, we should hopefully have a better idea of how the latter part of the awards season will start to look. In the meantime, keep watching the current contenders and let us know what you have predicted. You can find our team’s detailed predictions organized by category here. Let us know your thoughts in the comments section below or on our Twitter account.