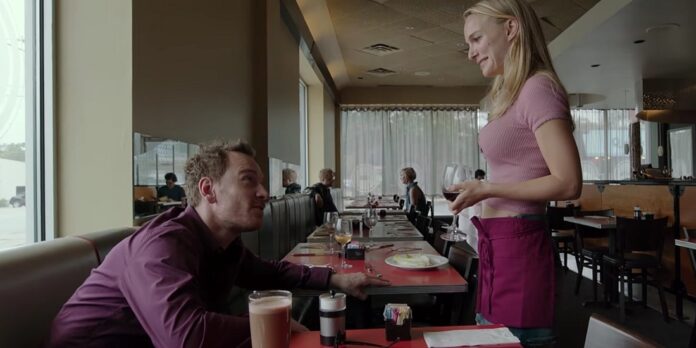 ​I give up. I’m done. I know I said this back when “Knight Of Cups” came out last year but unless this is some sort of trilogy by Terrence Malick to explore cinematic storytelling with endless, randomly stitched together shots that convey feeling instead of meaning, then I’m officially done. I am one of those people who hailed “The Tree Of Life” when it first came out as a bold cinematic experiment that was messy but still managed to strike a chord. “To The Wonder,” “Knight Of Cups” and now “Song To Song” have carried over the same sense of style and pacing with worse and worse results, as myself and other cinephiles become increasingly frustrated with Malick’s complete disregard for the laws of cinema. Maybe cinema, as it is, no longer should have any laws. Maybe Malick is way ahead of the curve in ways that we still cannot understand and years from now we will look back and realize that there is brilliance here but for the life of me, I cannot understand the appeal anymore.

Set in the modern-day Texas music scene, Faye (Rooney Mara) is a woman who is torn between her love for two men. One is a musician named BV (Ryan Gosling) and the other is a producer named Cook (Michael Fassbender). Natalie Portman also co-stars as a woman who has an affair with Fassbender. Cate Blanchett shows up for a bit in regards to Ryan Gosling’s character but by this point, I could not make total sense of anything I was watching, so let’s just begin the takedown shall we?

For the record, this is not a true movie review for I truly believe that Malick does not make films anymore. This is more of an analysis of what Malick is creating and how the theatrical setting may not be the best place for his style any longer. As long as film has existed, there has been one constant: story. That story could be told in many different ways. Sometimes there are three act story structures. Sometimes there are slower paced stories which take their time. Sometimes, a film bounces around its own timeline in telling its story for dramatic effect. Terrence Malick has done something unique in that he has created what is essentially what I now like to call “film video.” Like a music video, Malick’s films feature various shots which seemingly tell a central story but are presented in rapidly cut or long take shots. This disjointed editing, if put to music, would give off the vibe of a music video. Since there is no music consistently playing throughout the two-hour plus film, I hereby dub this style of filming as “film video” instead of “music video.” It’s a collection of various images shot on film that doesn’t connect together to tell a traditional story.

This comparison of a music video to film video is appropriate considering “Song To Song” takes place within the music scene of Austin Texas. It may sound like a good setting for Malick’s latest but it’s wasted on a story that really is not a story. Malick once again does away with conventional manners of storytelling and does not give his film the same energy and excitement that the setting would ask for. There are no standout moments or feelings that are allowed to play themselves out and as a result, we retreat from the characters and their goals/desires. Right when I was about to feel out a beat, a scene or a performance, the moment would be snatched away from me due to Malick’s insistence to cut away to something else randomly.

There is one thread between all of the characters and their parents which ties them all together I suppose. But the effort is too little in the face of all the other problems Malick has thrown at this movie. The title of the film itself, “Song To Song” references a section of the Hebrew Bible that describes the physical love between men and women. It’s evident that this is a passion of Malick’s, one which he has explored in several of his films now, some more subtlety than others. Through images, voice over and a chopped approach that does not do much in the way of central conflict, Malick attempts to explore complex themes and emotions through the medium of film but it is clear that the experiment is over. Our patience has run out and now, Mr. Malick, it is time for you to abandon this stylistic approach and get back to what made you a household name in the first place instead of a shell of your former self. I understand my plea may be answered as it has been said that Malick’s next film will have a more traditional narrative than his past couple of films. I can only hope.