Reflecting On My 30 Years Of Movie Watching 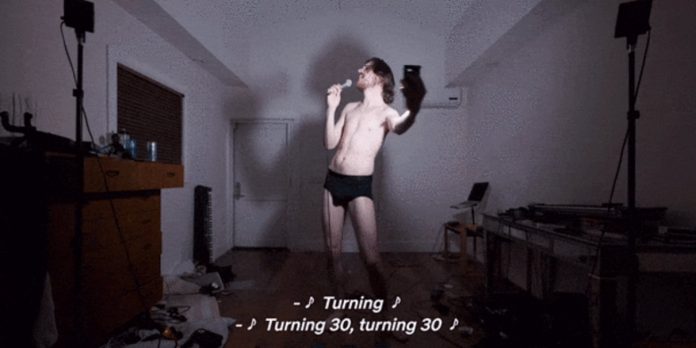 Today, I’m 30. I’m not scared! Really! I’ve been using this arbitrary milestone as a time to think and reflect on various aspects of my life, and arguably, nothing has defined and shaped my general personality and viewpoint like the movies. As I pass into my third decade, I’d like to use this as a chance to talk about the films that have meant the most to me in my life so far and try to expound on why exactly film consumption and discussion means so much to me and to so many of us. Thank you for indulging this birthday boy by going on this highly personal journey with me!

​My first experience with obsession, fandom, delirium, whatever you want to call it, came with the infamous Special Edition theatrical re-releases of the original “Star Wars” trilogy. Shameless, unnecessary cash grab or not, my tiny little five-year-old self was absolutely hooked. When they came out on golden-boxed VHS, they became my most prized possession. My Star Wars love came about the same time as my irrational fear of my house suddenly catching on fire (I get why they make us run a billion fire drills as a kid, but it really makes it seem inevitable). So I took the obvious precaution: I carried my “Star Wars” box set around with me everywhere I went. That way, if, no, when my house went up in flames, and I had to grab whatever I could and run, I was prepared to flee with nothing else but my favorite sci-fi trilogy. I suppose you can trace this mentality to today and how I’m currently trying to hoard as much physical media as possible. I can see the writing on the wall in this predominantly streaming-minded world. Tangible copies of movies that you can own forever may be on their way out soon and relegated to the status of a collector’s item rather than the simple ownership they once indicated. I find that films have significantly more value to me when I can pick them up and consider them as individual works of art rather than just a collection of data points floating in some nebulous algorithm somewhere, waiting to be netted and continually repeatedly paid for.​

Maybe I’m projecting, but I feel like every young cinephile (calling yourself that feels so lofty) has one movie they can hold up and say, “that was the first time I noticed what films could really do.” For me, it’s “The Graduate.” I can literally pinpoint the moment where it clicked for me. At the end of a montage showing Benjamin (Dustin Hoffman) drifting through a summer while carrying on his affair with Mrs. Robinson (Anne Bancroft), he launches himself out of the pool water onto a floating raft. The film then quickly cuts to him landing on top of Mrs. Robinson at the end of a then-typical tryst. It is an incredible, yet simple, synthesis of what film can do, unlike any other medium. The elements that make movies what they are aren’t just necessities. Editing, cinematography, sound, visual effects, and everything else that goes into filmmaking are both technical and artistic tools. A well-placed cut or a sweeping pan is more than just an invention of efficiency.

I also love musicals. Give me some dubbed over old Hollywood stars and a phalanx of chorus boys pretending to ogle the leading lady, and I am a very happy boy. “West Side Story” constitutes not just the pinnacle of the genre but perhaps the very height of excellence in American filmmaking. Since I first saw it in my single digits, it has remained my favorite film of all time. I maintain that it is the best use of color cinematography I’ve ever seen, using shocking reds in particular to conjure both the feeling of a fast, heated summer romance and the pulsating violence under the surface of American life. And there’s truly nothing that can raise my temperature like Jerome Robbins’s unabashed, unbridled, and unencumbered dance sequences combined with Leonard Bernstein’s score that is always, smartly, one grace note away from falling into unstructured chaos. It’s expressionist filmmaking that uses the unique abilities of the movie musical to make real and visual common emotions and feelings that are typical but still revelatory parts of the human experience.

Speaking of shared qualities among humans, I find it both strange and strangely logical that perhaps the most assured pathway to box office success is making a horror movie to this day. I’m spooky, so nothing makes me happier. For me, horror is the one realm of film where (close your eyes, editor) quality matters less than effectiveness. The recent trend of artfully-minded horror thrills me to no end (I maintain that films like “Hereditary” and “The Babadook” are some of the scariest films I’ve ever seen). Still, sometimes all I need in order to find a horror movie worthwhile are two to three good, genuine scares and a general spooky vibe. Is it odd to find movies like the higher-numbered “Friday the 13th” films strangely cozy? (I know I’m not alone in this.) The towering ruler of this unexpected area of comfort films is the original “Halloween.” I know it’s not unique to watch it every October 31st, but it is one of my more grounding traditions for a day that causes me so much excitement leading up to it that, like a dog seeing their favorite neighborhood squirrel, I sometimes get overwhelmed when the actual holiday arrives. The film’s lack of polish combined with its more elegant filmmaking moments makes for a strange artistic dissonance that means the horrifying moments are even more effective for how they were able to be made real. Michael’s face slowly being revealed in the doorway behind Laurie (Jamie Lee Curtis) remains one of the most sneakily impressive moments in horror. Even something as unassuming as Laurie’s walk across the street to the house filled with carnage is transformed from banal to chilling because of John Carpenter’s patient camera and masterful score. Perhaps what I admire most about horror films of any budget is the ingenuity and surprising intelligence that’s required to evoke the feeling of fear from an audience. It’s weirdly charming that horror filmmakers would want to affect a mass collection of strangers that they will never meet.

That universal expectation of film is something that gets taken for granted. Film is both an art form in the classic sense and an area of popular entertainment. If it can’t appeal to a wide audience, a film will fail commercially. On the other hand, if it lacks artistic merit, it won’t have a lasting legacy. It’s a tricky balancing act that not all movies can accomplish, making the ones that do even more worthy of celebration. Perhaps this is why I’ve always enjoyed the existence of the Oscars. Even when they get it very, very wrong, the idea of an endowment of honor heaped upon the accomplishments of not just a film in general, but also the individuals whose specific work helped a movie to be realized is, in its purest sense, simply a nice idea. Artistic achievement should be celebrated so that pure profit isn’t considered the only calculable measure of success in our increasingly capitalist-minded world economy. I also like when things are quantifiable and categorized, so the awards system – in general – makes my brain feel good. My astrology-minded friends tell me that it has something to do with my Capricorn moon sign, but I have no idea why. Typical Cancer, am I right?

Similar to the equally (and sometimes, rightfully) mockable Oscars, film criticism has recently been specifically under fire for its very existence. This is nothing new, as any type of criticism naturally invites pushback in the way that any expression of opinion usually inspires. Twitter’s quick and short-winded format is absolutely a side effect, but I find the recent trend of “hot take”-minded criticism a bit troubling. Sure, it’s fun to fire off a tweet about how “Thor: The Dark World” is actually the best, and only good, Thor movie (I’ve done it myself), but when I see that contrarian mentality creep its way into long-form critical analysis, I immediately stop reading. Not to sound like the critic from “Ratatouille,” but criticism should attempt to bolster and support examples of good filmmaking while using bad filmmaking as a teaching point for both the viewers and creators. An article or review seeking to shock and/or anger its readers just for the purpose of engagement does nothing to help the art form. It is just another sneaky capitalist technique to gain measurable Internet success.

Sometimes when I’m in the depths of Oscar season, stressing to cram in as many films as possible, it gets a bit hard to put into words why exactly I’ve devoted so much time to something that most of the world consumes in an entirely passive manner. And I think it just boils down to the idea that movies are magic. They have the ability to distill down indefinable, complex, distinctly human thoughts and feelings into utterly recognizable visual moments. One of my favorite shots in film comes from Wes Anderson’s “The Grand Budapest Hotel” where the main character Zero (Tony Revolori) has taken his girlfriend Agatha (Saoirse Ronan) to a carousel, where he gives her a book with a note that describes his adoration for her. We then see a close-up of Agatha with colorful, out-of-focus lights rotating behind her. This single image is bestowed with so much meaning and affection, and it moves me every time. It’s not even entirely clear what exactly we’re looking at; are the lights behind her head a view of the carousel as seen from above? But that hardly matters as it depicts precisely how it feels to be looking at someone you love. They always seem illuminated in an inexplicable manner. Couple the image with the haunting yet hopeful score and Ronan’s silent yet yearning performance. In just six seconds of filmmaking, Anderson has crystallized something that would take paragraphs to describe in text.

Whenever any piece of art connects with me, I always think of a quote from Alan Bennett’s play “The History Boys,” which states, “The best moments in reading are when you come across something – a thought, a feeling, a way of looking at things – that you’d thought special, particular to you. And here it is, set down by someone else, a person you’ve never met, maybe even someone long dead. And it’s as if a hand has come out and taken yours.” Film, more than any other artistic medium, has the ability to create a shock of recognition in me. Moments of connection to other members of the human race define why exactly we’re here in the first place, and film can capture and celebrate these fleeting instances of meaning and purpose for all time.