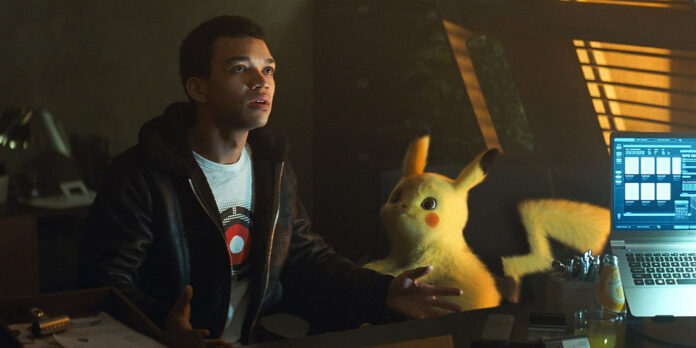 THE STORY – Ace detective Harry Goodman goes mysteriously missing, prompting his 21-year-old son, Tim, to find out what happened. Aiding in the investigation is Harry’s former Pokémon partner, wise-cracking, adorable super-sleuth Detective Pikachu. Finding that they are uniquely equipped to work together, as Tim is the only human who can talk with Pikachu, they join forces to unravel the tangled mystery.​
​
THE CAST – Ryan Reynolds, Justice Smith, Kathryn Newton, Suki Waterhouse, Omar Chaparro, Chris Geere, Ken Watanabe & Bill Nighy​

​​Pokémon has been a part of our collective culture for decades, and from video games to trading cards to a long-running animated show as well as several animated movies there are a plethora of options to choose from in how you consume the franchise. “Detective Pikachu” is the first live-action film however with a budget to match the obviously high costs of creating imaginary creatures a part of the real world. Seasoned children’s film director Rob Letterman was tasked with bringing the film to life, while Ryan Reynolds (“Deadpool“) was hired on to bring the entertainment as the much beloved Pikachu.

While the initial trailers leave the target audience a bit of a mystery, “Detective Pikachu” is firmly in the realm of family films. It wastes no time setting up how integral the Pokémon are in this world and to the people who live in it by showing us our adult protagonist Tim (Justice Smith) being prodded into trying to catch one for himself by a close friend. Unfortunately, their outing goes sour when Tim is informed that his estranged father has been killed while on a case. When he travels to the big city to take care of the funeral, he finds his father’s Pokémon, Pikachu (Ryan Reynolds) hiding out in the apartment and he insists that Tim’s father is actually alive and that Tim must help him locate the man. While Tim is initially skeptical he is drawn into the noir style mystery and makes friends with would be reporter Lucy Stevens (Kathryn Newton) and together they start in on an investigation that will lead them to a dangerous secret with world-changing consequences.

The most difficult task in making this film was surely creating a Pokémon design that would look right in the real world and for the most part they succeeded. The creature special effects are impressive, especially regarding Pikachu, but how realistic they look varies depending on which Pokémon is on screen. Outside of the creatures, it is visually stunning, with a vibrant color palette and a gorgeously designed world that feels both futuristic and current. With dark shadows and plenty of nighttime scenes, it uses the look of the film to enhance the noir tone so well that it feels like there should be someone drinking bourbon from a flask and smoking on screen.

“Detective Pikachu” is all about blending aspects of a film that don’t feel like they should go together, and somehow kind of making it work. It combines a hardboiled mystery with a typical plotline from a kid’s film about acceptance and while it doesn’t feel entirely fresh is certainly a departure from what we usually see in children’s entertainment. It’s dark tone and high stakes often feel like they should clash with the incredibly cute creatures frolicking on the screen, but it serves to lighten the mood enough that a younger crowd who may not follow the plot will still enjoy watching it.

While Justice Smith is ostensibly the protagonist, the true star of the film is Ryan Reynolds and his performance as Pikachu. Channeling something very like a child appropriate version of his Deadpool character, Reynolds (who also did the facial capture for Pikachu) brings a warmth and sassy sweetness that is the strongest aspect of the movie. However, Justice Smith is no slouch either as he plays the gloomy straight man to Reynolds playful bantering funny guy. While it takes some time to get going, once they hit their stride the buddy cop dynamic between the two makes for some great comedy.

All too often when they take something that is animated and set it in the real world, most of the jokes and story rests on exploring that concept which makes for a predictable film. “Detective Pikachu” avoids most of that by having the bare bones of the plot be completely unrelated to Pokémon and then using the structure of the world they have created to fill in the details. The Pokémon Company (who guides the creation of anything and everything related to the IP) used their years of experience creating interesting stories and experiences in a huge range of media to create another example of their ability to imagine their franchise in a new way. While the plot is a bit predictable and it takes a little too long for the two main characters to develop their report, “Detective Pikachu” is an entertaining watch for families and anyone who has fond memories of their time experiencing a world that includes Squirtles, Pikachus, and Psyducks. ​