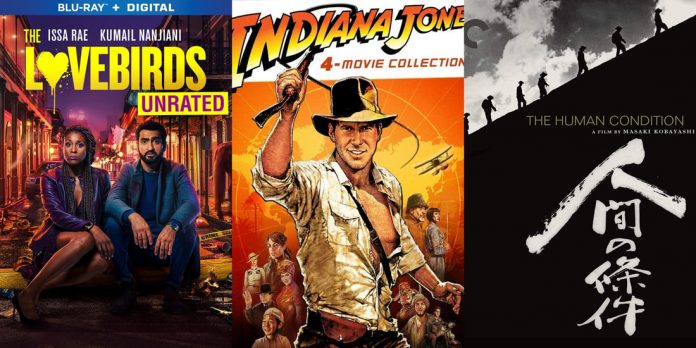 This week, there are quite a number of new releases coming to Blu-ray, as well as an exciting 4K box set and some Blu-ray debuts from boutique labels.

​From the Criterion Collection, we have a Blu-ray upgrade of a previous DVD release in Masaki Kobayashi’s “The Human Condition,” a six-part trilogy of films from 1959 and 1961. This is a three-disc set featuring a high-definition digital restoration. It carries over all the supplements from the previous DVD release, now in HD.

Finally, from the Warner Archive Collection, we have the 1970 film “There Was a Crooked Man.” Directed by Joseph L. Mankiewicz, this stars Kirk Douglas, Henry Fonda, Hume Cronyn, Warren Oates, and Burgess Meredith. ​​

​This week, I just wanted to recommend one of my favorite films that I fell in love with during quarantine and that I’ve seen discussed a little on Twitter recently (primarily by me) and that’s “Blow Out” from 1981. Directed by Brian De Palma, this stars John Travolta, Nancy Allen, and John Lithgow, and it is an incredible paranoia thriller. For my money, it is also the best Philadelphia movie (the city where I currently live), showcasing so many unique parts of the city that are so identifiable to those who are familiar with it. All of the performances are great, and it is my favorite of De Palma’s films that I have seen thus far.

The release of the film from the Criterion Collection is, naturally, stellar. It features a restored digital transfer supervised and approved by De Palma and looks incredible, particularly the haunting final sequence. It includes a number of wonderful interviews, including an hour-long interview with De Palma conducted by filmmaker Noah Baumbach. It also includes De Palma’s 1967 film “Murder à la Mod.” This is an incredible film with an astonishing release that I would highly recommend to anyone who hasn’t seen it.