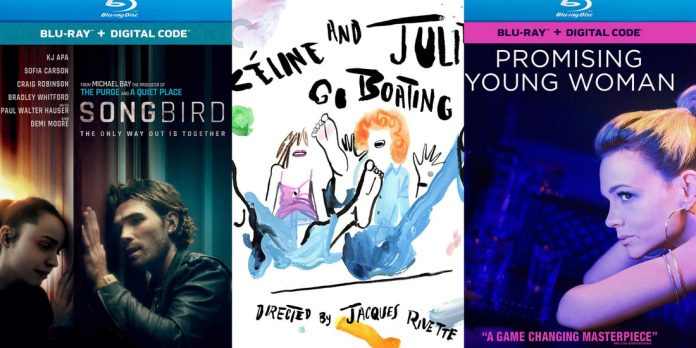 ​It’s an exciting week in the world of physical media releases this week, from big titles from various boutique labels to one of 2020’s top awards contenders.

​There are several big titles being released from Warner Archive this week on Blu-ray. First is the 1947 noir drama “Crossfire,” directed by Edward Dmytryk and starring Robert Mitchum, Robert Young, Robert Ryan, Gloria Grahame, and Sam Levene. The film received five Oscar nominations. This release includes an audio commentary track and a featurette on the making of the film and its themes.

Next is the iconic 1958 musical “Damn Yankees,” directed by George Abbott and Stanley Donan, starring Gwen Verdon and Tab Hunter, and choreographed by Bob Fosse. This includes a 4K transfer, song selection, and trailers.

This week, I wanted to recommend a great film that I don’t think enough people have seen and that has a stellar release from the Criterion Collection and that is “Thief,” Michael Mann’s feature directorial debut from 1981 starring James Caan, Tuesday Weld, James Belushi, Robert Prosky, Dennis Farina, and Willie Nelson. It’s a wonderful heist film that tackles many themes that Mann would go on to explore later in his career as well, such as the sacrifices and effects of living a criminal life and the toll that takes on your family and loved ones. It’s also just badass with a killer soundtrack by Tangerine Dream.

Criterion’s release looks beautiful, showcasing the film’s neon blue aesthetic with a new digital restoration from a 4K transfer (approved by Mann and using his director’s cut). The Blu-ray also includes an audio commentary track with Mann and Caan and new interviews with Mann, Caan, and Johannes Schmoelling of Tangerine Dream. If you’re a fan of Mann’s later films like “Heat” and “Collateral,” I would highly recommend you check this one out. Plus, being a 1981 release, it feels like the perfect in-between of the gritty crime films of the 1970s and the bombastic and synthesized action films of the 1980s. A fascinating entry for both the genre and the filmmaker.