“Matilda The Musical” Will Open The 2022 BFI London Film Festival 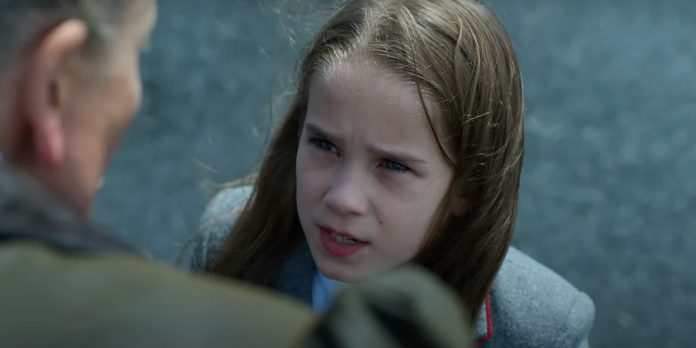 Following yesterday’s announcement that “Glass Onion: A Knives Out Mystery” would have its world premiere at the Toronto International Film Festival (TIFF), it was announced earlier this morning that another Netflix title, “Matilda The Musical” will open the 66th BFI London Film Festival.

Based on the 2010 musical, which was based on the 1988 children’s novel of the same name by Roald Dahl, the film follows a young, mistreated child prodigy girl who attends a school run by an abusive headmistress, and finds a kindred spirit in her teacher, Miss Honey. The Netflix adaptation stars Emma Thompson as Miss Agatha Trunchbull, Lashana Lynch as Miss Jennifer Honey, Stephen Graham as Harry Wormwood, Andrea Riseborough as Zinnia Wormwood, Sindhu Vee as Mrs. Phelps, and Alisha Weir as Matilda Wormwood.

Tony Award-winning director Matthew Warchus, who also developed and directed the show’s Broadway and West End productions, had the following to say: “What a delight to be opening this tremendous film festival with singing, dancing, green hair, and chocolate cake. It’s a real honor to be sharing this joyful and empowering tale of a little girl’s courage and compassion at such a prestigious event.” BFI London Film Festival director Tricia Tuttle also stated: “Like so many people who have been lucky enough to see it, I am a massive fan of this original stage musical, with Tim Minchin’s infectiously brilliant songs bringing new depth to a classic of children’s literature. With screenwriter Dennis Kelly, Matthew Warchus has smartly adapted his own production for the screen with absolute verve and gusto. And what a cast: Alisha Weir is a revelation as Matilda; Emma Thompson is a chillingly nasty Trunchbull, and Lashana Lynch’s Miss Honey will melt your heart.”

The film will be released in the U.K. and Ireland in theaters on December 2nd, with Netflix later releasing the movie across the rest of the world this holiday season at an unknown date. The 2022 BFI London Film Festival will run from October 5th – October 16th. The rest of the lineup for the festival will be announced on September 1st.

Are you excited for this announcement? What are your thoughts on the Danny DeVito directed “Matilda” film? Did you see the stage show in London or New York? Are you looking to attend the BFI London Film Festival this year? Please let us know your thoughts in the comments section below or on our Twitter account.