Making The Case For “Titane” This Awards Season 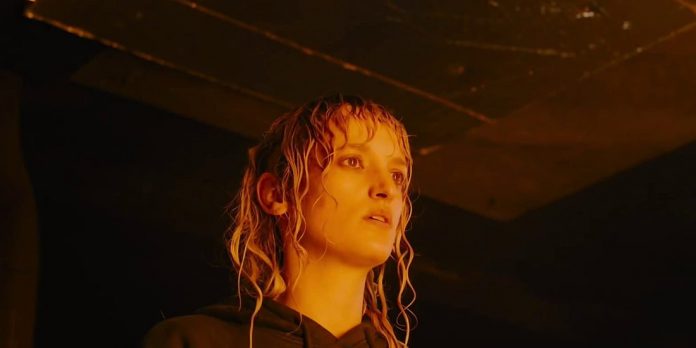 ​“Titane” took the Cannes Film Festival by storm this past July when it won the coveted Palme d’Or and became only the second time in history that the top prize went to a female director (the first being Jane Campion for “The Piano”). Since then, the film has gone on to shock and make audiences faint at various festivals and in art house theaters around the globe. With its successful buzz and the recent announcement of France choosing it as their selection for Best International Feature at the Oscars, “Titane” is currently in a relatively good place to do well this awards season. However, many pundits still doubt it will translate with many members of the Academy due to its graphic, disturbing violence and uncompromising vision, which is undoubtedly not for everyone. While these pundits do have a point based on the Academy’s past history, there is a case to be made for why “Titane” might surprise everyone come Oscar nomination morning.

Winning the Palme d’Or should never be downplayed. No matter what film wins the big French award, its visibility usually shoots through the roof. “Titane” has been no different; everyone in the industry knows about this film which means there are a lot of eyes on it than there normally would be. Out of all of the Best International Feature Film selections thus far, “Titane” is the one with the most buzz behind it. There is a “can’t miss, ” you need to see this” quality to it that has audiences buzzing with excitement. This has translated to the box office, where the film has so far made over $1 million in the states and over $4 million worldwide. Obviously, those numbers would have been higher if there wasn’t a global pandemic cutting box office grosses, but it’s not poor, especially for the kind of film it is. France choosing “Titane” as its selection for the Oscar was probably the biggest hurdle it faced as France is well known for having too many films to choose from every year for their International Feature selection and choosing films that should not have been chosen, such as “Les Miserables” instead of “Portrait of a Lady on Fire” in 2019. “Titane” has its passionate supporters, and with NEON fully behind the film, it has a better chance than most people think at getting a nomination (a win is an entirely different discussion depending on how many NEON films get nominated in that category). Nothing is a 100% sure thing, but it’s definitely in the hunt for at least a nomination because if there’s one thing you can’t say about “Titane,” it’s that you can’t say it’s unmemorable once you’ve seen it.

It’s been well documented that the director’s branch of the Academy has been leaning towards more international nominees in recent years. With “Another Round,” “Cold War,” “Talk to Her,” and “City of God” all receiving Best Director nominations without a Best Picture nomination. The branch loves a strong directorial vision, and there’s no stronger and captivating vision that you’ll find this year than Julia Ducournau’s for “Titane.” Such a unique and uncompromising vision usually does not make its way into the Best Director race, but that’s also because they seldom come with the kind of momentum “Titane” has garnered these past few months. David Lynch comes to mind for his two Best Director nominations for “Blue Velvet” and “Mulholland Drive” (the only nominations each film received). There is a world where Ducournau might be able to get enough support from the branch to land a surprise lone Director nomination. “Titane” is unlike any film out there, and that’s thanks to its robust direction and unique style from Ducournau. Being a French film certainly helps as the branch loves European auteurs. If the branch can get through and nominate two very strange David Lynch films, they will hopefully have no problem getting through and appreciating “Titane.”

Besides those two categories, Best Makeup & Hairstyling is another category where if the branch actually watches the movie, there is a chance they might go for the body horror work and gore on display in the film. The makeup branch recently expanded the category to five slots instead of three, allowing more films to get nominated than ever before. Horror films, as of late, have faced a difficult uphill battle to receive recognition for some strange reason when the branch used to nominate films such as “The Fly,” “The Wolfman,” in this category. “Titane” is not a safe and conventional movie, and that’s why it’s hard to predict what it will do this awards season. But just like how it surprised at Cannes, “Titane” could surprise all the naysayers and get the recognition it so rightfully deserves. Don’t we want to reward bold and unique films instead of tired biographical dramas and period movies with nothing new to say? Why not take a chance on something that’s not only audacious and singular but also has a meaningful message on unconditional love and tolerance at the center of it all? While we’re at it, maybe the Academy should consider this for Best Original Screenplay too!

But what do you think? Do you believe “Titane” can make a dent come awards season, or is this just fun speculation? Let us know in the comments section below or on our Twitter account.