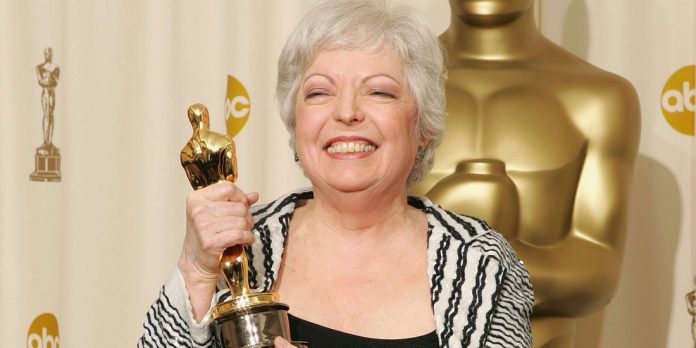 As the last shot of “The Irishman” fades to black, it comes as no surprise that the first title card is for the director, Martin Scorsese, and the second for writer, Steven Zaillian. But a name that comes later that deserved higher priority is the film’s editor, Thelma Schoonmaker. She’s all but assured to receive her eighth nomination, and should she win, Schoonmaker would make history as the first person to win four Oscars for Best Film Editing. ​

Schoonmaker’s first Oscar nomination wasn’t for a Scorsese film, but a rare nomination for a documentary: “Woodstock” (1970). She would lose to Best Picture winner “Patton” (1970). But even after the rare accomplishment of being nominated for a documentary, Schoonmaker found it difficult to find work in Hollywood. Then Scorsese called for her help on “Raging Bull” (1980), bringing her not only another nomination, but her first Oscar win. Since “Raging Bull,” Schoonmaker has been Scorsese’s go-to editor for nearly four decades.

Another decade would pass before Schoonmaker would receive her third Oscar nomination, this time for “Goodfellas” (1990). Unfortunately, she would once again lose to a Best Picture winner: “Dances with Wolves” (1990). Her fourth nomination would come in the new millennium for “Gangs of New York” (2002) with history repeating itself as she loses out to the Best Picture winner, “Chicago” (2002). Only two years would pass before Schoonmaker would win her second Oscar on her fifth nomination for “The Aviator” (2004). And, when Scorsese would finally win Best Picture and Best Director – the prize that had alluded him for decades – for “The Departed” (2006), Schoonmaker would also win Best Film Editing for the third time. She was last nominated for “Hugo” (2011), and for the first time, she lost to a film that wasn’t a Best Picture winner (or nominee): “The Girl with the Dragon Tatoo” (2011). Many expected her to receive a nomination for Scorsese’s next Best Picture nominated film “The Wolf Of Wall Street” but her celebrated work was left off the list of nominations that film received in 2013.

Currently, Schoonmaker is tied with three of her fellow editors for most wins with three Oscars each. Ralph Dawson was the first to accomplish this feat with wins for “A Midsummer Night’s Dream” (1935), “Anthony Adverse” (1936), and “The Adventures of Robin Hood” (1938). Dawson was the second person to ever win Best Film Editing along with being the first to win back to back, which he accomplished with only four nominations before he passed away in 1962. Daniel Mandell was the next to win three trophies for editing “The Pride of the Yankees” (1942), “The Best Years of Our Lives” (1946), and “The Apartment” (1960). Mandell’s success came with his partnerships with producer Samuel Goldwyn and director Billy Wilder, before he passed away in 1987.

​Last, but certainly not least, is Michael Kahn who is also still striving to win his fourth Oscar. Kahn, like Schoonmaker, has won all three of his Oscars with a partnership. His being with Steven Spielberg for “Raiders of the Lost Ark” (1981), “Schindler’s List” (1993), and “Saving Private Ryan” (1998). Schoonmaker needs to win this year, as Kahn could be back in the hunt for Spielberg’s “West Side Story” remake.

While many technical categories have almost exclusively been a boy’s club, Best Film Editing has been the exception. When the Academy Award for Best Film Editing was created in 1934, Anne Bauchens was amongst the three nominees for her work on “Cleopatra” (1934). Including Schoonmaker’s three wins, 14 times a woman’s work would win Best Film Editing, and for some of the most iconic films in history. Bauchens would make history as the first woman to win for “North West Mounted Police” (1940). Barbara McLean would follow four years later with a win for “Wilson” (1944). Fourteen years would pass before Adrienne Fazan would be victorious for the musical “Gigi” (1958). Four years later, Anne V. Coates would snag the prize for “Lawrence of Arabia” (1962). Françoise Bonnot bested the competition with “Z” in 1969. Verna Fields mastered tension and took the trophy home for “Jaws” (1975). Marcia Lucas (shared with Paul Hirsch and Richard Chew) found victory in space with “Star Wars” (1977). Lisa Fruchtman (shared with Glenn Farr, Stephen A. Rotter, Douglas Stewart, and Tom Rolf) proved to have “The Right Stuff” when it came to the Oscars in 1983. Claire Simpson would win just three years later for “Platoon” (1986). The next year, Gabriella Cristiani would win for “The Last Emperor” (1987). And finally, Margaret Sixel took “Mad Max: Fury Road” to the victor’s circle in 2015.

A lot of the success of “The Irishman” depended on Schoonmaker‘s editing, as she had to balance the complicated visual effects and de-aging keeping the actors’ performances intact. But it’s in the third act, where she slows down the pace to make the drama all the more impactful, where she proves to be a master of her craft. Now, for what could be remembered as her best film with Scorsese, Schoomaker should be rewarded with a fourth Academy Award and a place in the history books. Do you think she will make history, becoming the most rewarded editor in Academy history? Let us know your thoughts in the comments section below or on our Twitter account.