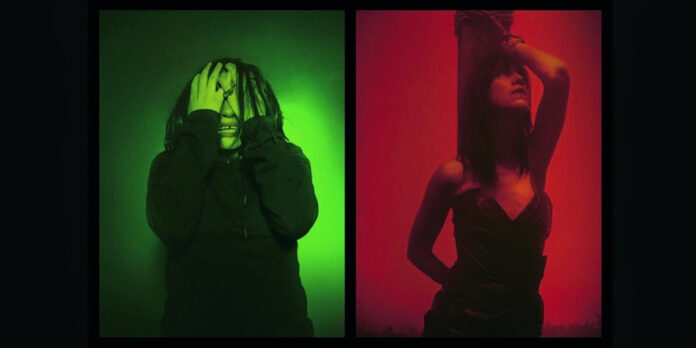 ​​​​Nobody makes films like Gaspar Noé. His films aren’t so much narratives as they are pure sensory experiences, putting us in the shoes of his characters and forcing us to live there for the entire runtime. And since his characters are almost always in some sort of physical or emotional distress, that can make his films something you have to endure as opposed to something you watch. All of which makes him a somewhat odd choice to make a short film that doubles as an advertisement for the clothes of Yves Saint-Laurent, but here we are. “Lux Æterna” contains all of Noé’s stylistic trademarks – the floating, constantly-moving camera, the split screens, the expressionistic use of colored lighting – and some incredible clothes from the estimable fashion house, with an uncharacteristically short runtime of 52 minutes. That short runtime proves to be an invaluable asset, forcing the cinematic enfant terrible to get in, make his point, and get out.

His point, though, is a little overwrought. “Lux Æterna” opens with silent cinema-styled depictions of witches and the torture devices used on them. We then shift to a split-screen conversation between iconic French actresses Béatrice Dalle and Charlotte Gainsbourg, playing versions of themselves, in which they talk about their past work (“I’ve never seen you in shit films,” says Dalle to Gainsbourg) and the film they’re currently working on, in which Gainsbourg is starring and which Dalle is directing. It is about modern-day witches being burned at the stake, which Dalle finds sexy, “like you are the queen of the village.” Eventually, the conversations end, and we follow both actresses as they walk around the film set, Dalle fending off a cinematographer and producer trying to wrestle the production away from her, Gainsbourg trying to avoid an actor visiting the set (Karl Glusman) who wants her to work on his next project and taking a rather disturbing phone call from her daughter. When we finally get to the actual film shoot, the lights malfunction, and everything descends even deeper into chaos, eventually leaving us with an extended push-in and close up of Gainsbourg in anguish as she repeatedly tries and fails to extract herself from the set, as the male cinematographer refuses Dalle’s repeated orders to stop and shouts at Gainsbourg to give him more, that her pain is beautiful, all backed by seizure-inducing flashing lights.

Given that this is a Gaspar Noé film, none of this is particularly surprising. And that final image, as potent as anything the cinematic enfant terrible has ever put on screen, will undoubtedly be too much for many to watch. But while it seems to be making a powerful statement on how women are treated in the film industry, the rest of the film is almost at odds with that message. “Béatrice” is presented as a very bad director indeed, just doing a lot of shouting and shooing people away when she should be leading the crew and performers. In her conversation with Gainsbourg, she says of filmmaking that “the film is beautiful, so it’s okay. When you’re doing it, the ends justify the means.” But do they? In the end, she has fomented an atmosphere of chaos that led to what Noé explicitly wants us to read as modern-day witch burning of an actress who was only trying to do her job. It may be a man who pushes her past the brink, but it was a woman who put her in that situation in the first place.

So the film may not quite hold together if you think about it too hard, but at the moment, it is an incredibly powerful thing to witness. The forced brevity of the project means that we aren’t steeped in the characters’ misery for very long, and the technical elements are so dazzlingly strong that it’s easy to get swept up in the film’s pure craft. Cinematographer Benoît Debie, long Noé’s most valuable collaborator, keeps the camera moving in almost impossible ways and composes still shots for maximum impact. Editor Jerome Pesnel has fun splicing in the old cinema clips and title cards with very pointed quotes from iconic film directors. He works with the sound team superbly to make sure we’re always looking towards the part of the split-screen where the most relevant things are happening. “Lux Æterna” is just as much of a sensory assault as all of Noé’s films are, but condensing it all into under an hour makes it more palatable. The chaos that makes up the bulk of the film’s second and third acts is just disorienting enough for you to feel what the characters are feeling without going overboard; instead of making us feel like we’re living in hell, Noé instead shows us what he thinks living in hell is like. For him, hell is a film shoot gone awry, a woman in public agony unable to escape a determined man. And while “Béatrice” may believe that the ends of a beautiful film justify the chaotic, potentially abusive means directors can use to achieve them, Noé, at least at this stage of his career, seems to be skeptical of that. Would that this film could have been a bit less ambiguous about that, but the discussion that such a short, artistically flawless film inspires its audience to have as it sends them reeling out of the cinema is absolutely worth it.