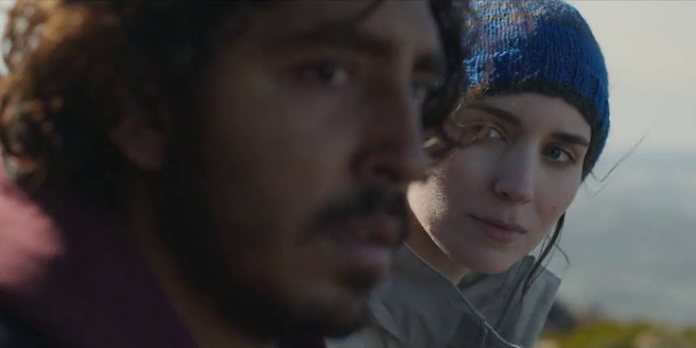 THE STORY – In this adaptation of the memoir A Long Way Home by Saroo Brierley, a five-year-old Indian boy is adopted by an Australian couple after he gets lost in Calcutta. Years later, he struggles with his memories of his birth family, and decides to begin a search for them.
​
THE CAST – Dev Patel, Nicole Kidman, Rooney Mara, David Wenham, Abhishek Bharate, Divian Ladwa, Priyanka Bose, Deepti Naval, Tannishtha Chatterjee, Nawazuddin Siddiqui & Sunny Pawar

​“Lion,” tells an unbelievable story with such grace and skill by director Garth Davis & screenwriter Luke Davies, that by the time it reaches its final moments the feels have been ignited and the waterworks start happening. Despite the ending being a bit predictable you cannot help but get swept up in Saroo’s quest and his ultimate discovery. It’s a rousing story of one man’s search for his past, a gaping hole in his heart that must be filled no matter what. This is a truly relatable story on multiple levels for all different types of audience members and one that I’m sure will continue to resonate with voters come Oscar time.

It’s 1987 and although not a wealthy family, Saroo (Sunny Pawar) is loved by his family in India. One night, he accompanies his older brother Guddu (Abhishek Bharate) to help him with some work but becomes suddenly lost on a train that takes him many miles away from his home. Young, on his own, and unable to properly tell anyone where he exactly comes from, Saroo is left on his own until he is adopted by a nice Australian couple named John and Sue Brierley (David Wenham & Nicole Kidman). Now a grown man, Saroo (Dev Patel) makes the decision one day to leave behind his family, his girlfriend (Rooney Mara) and sets off to find his true family 25 years later using Google Earth and his yearning heart.

Do not let the premise of this movie fool you. “Lion” is not “Slumdog Millionaire” Part 2. Despite both films utilizing flashbacks, the India setting and a grown Dev Patel in the leading role, “Lion” is just as rousing as “Slumdog Millionaire” but more emotionally powerful because it’s a story that truly did happen. Where “Slumdog Millionaire” is a feel-good story that acts as a fantasy, one could not throw a cynical comment towards this film’s way. “Lion” may lack the brave filmmaking of Oscar Winner Danny Boyle, which helped to give that film a propulsive energy and lead it to win 8 Academy Awards but “Lion” is in its own right (No pun intended) a beast of a film.

Dev Patel has quite simply never been better than he is in “Lion.” He is a man that is unfulfilled, empty and unsure of how to go about his life despite his good upbringing by his parents, wonderfully played by David Wenham and Nicole Kidman. Kidman, in particular, is no slouch here in how much emotion she can carry in her performance despite having little screen time. Even Patel, as great as he is, does not show up until at least a half an hour into the movie. He and Rooney Mara (Who is lovely as always) have some tender scenes together and her presence is another welcome addition to the film’s later sections.

The first act of the film follows a young Saroo played by Sunny Pawar and it is in these scenes that first-time feature director Garth Davis shows his skills, telling a heartbreaking story with mostly silence and no spoken words of English. Cinematographer Greig Fraser also shows the slums, streets and nature of India with beauty and passion. This level of quality is matched by the gorgeous score of Hauschka & Dustin O’Halloran. Their piano melodies and string arrangements help to give the film the power it needs before the film’s final act where it all comes together to bring home all of the tears that have been building up in your eyes. And if that is not even enough, the film goes even harder with its final moments of text before the credits roll. There was not a dry eye in the theater when this one was over.

Never underestimate the power of a true story well told. “Lion” is much more than “Slumdog Millionaire” meets Google Earth. Sure, there are similarities but “Lion” is a quieter and more powerful kind of film, precisely because it really happened. The cast, known and unknown actors alike give it their all, while director Garth Davis gives patience and beauty to the film, allowing the story time to swell up our emotions before letting them all out at the end. I could sit here and nitpick flaws with “Lion” but whatever concerns I have (They mostly have to do with Saroo’s adopted brother Mantosh) they are overpowered by the power of the cast and Davis’ direction of the film.