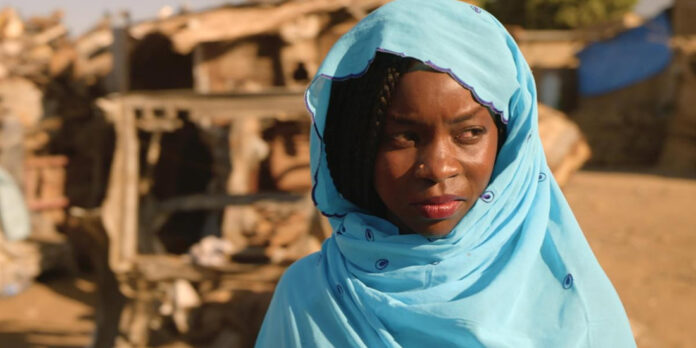 THE STORY – A young Muslim mother finds out that her 15-year-old daughter is pregnant and wishes to have an abortion. The two women face an impossible situation in a country where abortion is legally and morally condemned.
​
THE CAST – Achouackh Abakar Souleyman & Rihane Khalil Alio

​The struggle between tradition and progression is at the heart of most conflicts, whether they be personal or social. There’s a familiarity and functionality to tradition, but oftentimes the constraints of a given tradition can be more terrifying (or worse, damaging) than it is informative. Each person must arrive at this fork in the road and determine whether they’re going to conform or push against what came before.

This confrontation is at the heart of “Lingui, the Sacred Bonds.” The film chronicles the struggles of Chadian teenager Maria (Rihane Khalil Alio) once she discovers she’s pregnant. Maria is kicked out of school and promptly scolded by her single mother Amina (Achouackh Abakar Souleymane), as the latter knows all too well how the region will look upon an unmarried woman. All the information we need is established within the first twenty minutes so that we may spend the bulk of our time following Maria and Amina on their quest for a solution.

The film could’ve easily succumbed to the mawkishness and sentimentality that afflicts most “issue dramas.” Still, director Mahamat-Saleh Haroun sidesteps these pitfalls by focusing on the emotional bond between mother and daughter. Haroun recognizes the poeticism of a single mother risking her life to arrange for her daughter’s abortion, and he lets the weight of this premise reverberate throughout each scene without putting too fine a point on it. “Lingui” isn’t a subtle film when it comes to emotional fallout (there is plenty of yelling, expository showcases), but it does allow the viewer to draw larger social and moral implications on their own, and it’s all the better for it.

Another standout component of the film is the juxtaposition of traditional settings with modern flourishes. When Maria gets in a fight with her mother and decides to flee, we see her weaving through modern cars to get to a Chadian market. Minutes later, we see Amina in pursuit and using an iPhone to reach Maria. Once again, these flourishes are not the central part of the scene, but they add yet another level to the thematic clash between mother and daughter/country and citizen.

Ambiguity can be disastrous in the wrong hands, but here Haroun wields it in ways that are quietly powerful. A close-up of Amina as she scouts a bridge turns profound by sheer virtue of how long it lingers. It’s as if the weight of the situation hits both her and the viewer at the same time. These refreshingly oblique touches extend to the narrative, as well. Maria is badgered about the identity of her baby’s father early on, but she refuses to identify him. Maria has little concern for the man, and he’s, therefore, discarded (a more predictable film would have likely made him a plot point).

Despite clocking in at a tight 87 minutes, “Lingui, the Sacred Bonds” covers the dramatic real estate of a film twice its length. This is primarily due to the startlingly raw performances given by Alio and Souleymane. Both actresses enact harrowing emotions in one unbroken take after another and repeatedly evoke an authenticity that leaps off the screen. Alio is particularly good, striking the perfect balance between naivete and determination that the character needs.

Tight though its runtime may be, it does feel as though “Lingui” runs out of steam towards the end. Maria and Amina’s attempt to secure an abortion and thwart the sadistic advances of men around them are repeated to such an extent that they lose the shock of their initial presentation. The ending is an absolute tour de force, however, as Haroun changes up locales and ratchets up the suspense. One can’t help but wonder, if he had adopted a similarly fresh approach, the preceding ten minutes would have been stronger.

“Lingui, the Sacred Bonds,” like most films, has its structural lulls, but the whole is marvelously executed and memorably acted. It’s a story with enough specific choices and sublime moments to warrant repeat viewings, so I suggest you queue up that first screening as soon as possible.