Jimmy Kimmel Will Return To Host The Oscars In 2018 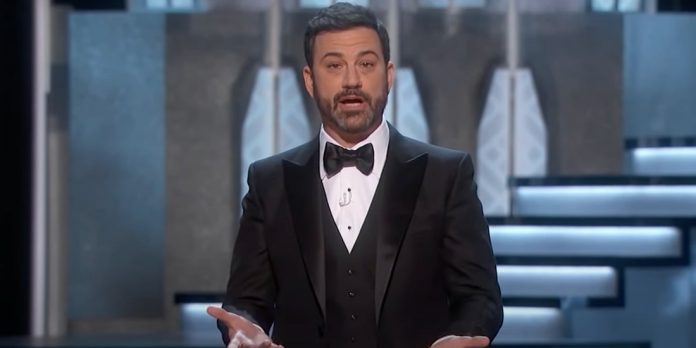 By Matt Neglia Well this is certainly surprising and yet not surprising. Jimmy Kimmel has been announced (Way in advanced might I add) to host the 90th Academy Awards ceremony taking place on March 4th 2018.

Click below to read more.
After being a part of one of the most memorable Oscar ceremonies in recent memory and possibly the most shocking of all time, Jimmy Kimmel and producers Michael De Luca and Jennifer Todd are all set to return next year.

“Mike and Jennifer produced a beautiful show that was visually stunning. And Jimmy proved, from his opening monologue all the way through a finale we could never have imagined, that he is one our finest hosts in Oscar history,” Academy President Cheryl Boone Isaacs said in a statement.

After “La La Land” was accidentally named the Best Picture winner when the real winner was “Moonlight,” many questioned if the three main components of a fairly entertaining and elegant evening would return. With Kimmel’s boost in popularity and the Academy looking to capitalize on last year’s shocking ending, all three have been invited back in what may be considered a ratings boost ploy by some. However, I personally felt that their work last year was terrific all around and Kimmel handled the Best Picture controversy as best as he could. Had that incident not have happened, yes the Oscars may not have been the most memorable but it certainly was a solid show. “Hosting the Oscars was a highlight of my career,” Kimmel said in a statement. “If you think we screwed up the ending this year, wait until you see what we have planned for the 90th anniversary show!”

We here at Next Best Picture are excited. Are you excited? Find out what will go down with us on March 4th 2018..