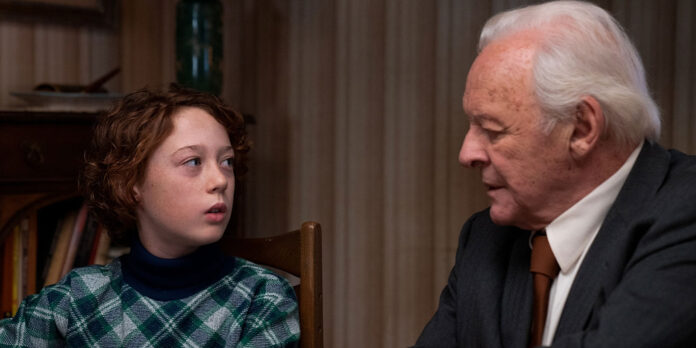 Film at Lincoln Center has announced that James Gray’s “Armageddon Time” will be a Main Slate selection for the 60th New York Film Festival, playing at Alice Tully Hall on October 12th. The premiere has been designated as a special 60th anniversary screening event celebrating the history of the festival, featuring Gray and cast in attendance, along with NYFF filmmakers and supporters who have been integral to the festival’s success. ​

As part of its 60th-anniversary celebration, the New York Film Festival will offer festival screenings in all five boroughs of New York City in partnership with Alamo Drafthouse Cinema (Staten Island), BAM (Brooklyn Academy of Music) (Brooklyn), The Bronx Museum of the Arts (Bronx), Maysles Documentary Center (Harlem) and The Museum of the Moving Image (Queens). Each venue will present a selection of films throughout the festival (September 30th – October 16th); a complete list of films and showtimes will be announced later this month. NYFF60 tickets, including those for partner venue screenings, will go on sale to the General Public on September 19th at noon.

The most personal film yet from James Gray (“The Immigrant,” NYFF51 Main Slate selection; “The Lost City of Z,” NYFF54 Closing Night selection) is also one of his greatest, an exquisitely detailed and deeply emotional etching of a time and place: Queens, 1980. Set against the backdrop of a country on the cusp of ominous sociopolitical change, “Armageddon Time” follows Paul Graff (Banks Repeta), a sixth grader who dreams of becoming an artist. At the same time that Paul builds a friendship with classmate Johnny (Jaylin Webb), who’s mercilessly targeted by their racist teacher, he finds himself increasingly at odds with his parents (Jeremy Strong and Anne Hathaway), for whom financial success and assimilation are key to the family’s Jewish-American identity. Paul feels on firmest ground with his kind grandfather (a marvelous Anthony Hopkins), whose life experiences have granted him a weathered compassion. Rejecting easy nostalgia for a more difficult, painful form of recall, Gray’s film—shot with intimate naturalism by Darius Khondji—has made a perceptive and humane coming of age story that does what only cinema can do, elevating the smallest moments into the greatest drama. It’s a Focus Features release.

“I am truly honored to have my film “Armageddon Time” chosen as the 60th Anniversary screening at NYFF, and to return to this great festival for a third time,” said Gray. “This is a film that’s deeply personal – it’s inspired by my childhood growing up in New York City – so I can’t imagine a more fitting place to share it.”

“For this 60th edition of the New York Film Festival, building on our expansion to venues throughout New York City over the past two years, we’re proud to partner with arthouses and arts venues in the five boroughs to bring NYFF to neighborhoods around our city,” said Eugene Hernandez, Executive Director of the New York Film Festival. “There’s a powerful New York streak running through NYFF’s selection this year, and we’re exhilarated that James Gray, a NYFF veteran, will center our anniversary efforts to share our Festival more widely this year.”

“James Gray is without question one of the great New York filmmakers of his generation. In film after film, he has captured both the physical realities and the psychic life of his hometown as a city of strivers and immigrants,” said Dennis Lim, Artistic Director, New York Film Festival. “We could not be happier to celebrate this anniversary year with a special screening of the enormously moving “Armageddon Time,” his most personal — and most New York — movie.”

What do you think of this announcement? Are you excited to see “Armageddon Time?” What else do you think will be announced for the NYFF60 Main Slate? Please let us know your thoughts in the comments section below or on our Twitter account.