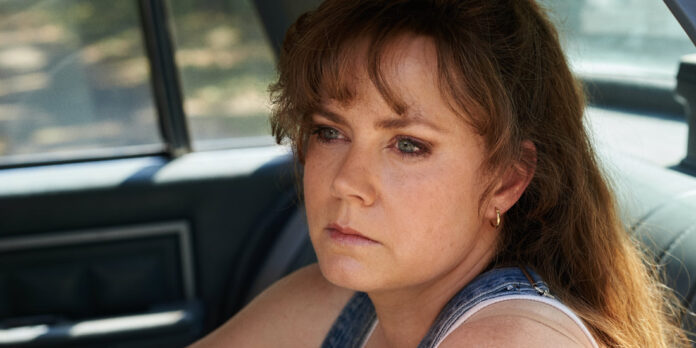 Oh, Ron Howard. Hollywood’s preeminent director of middlebrow drama has returned after a short detour to the galaxy far, far away to give us “Hillbilly Elegy,” an adaptation of J.D. Vance’s best-selling memoir about growing up with his mother and grandmother in Middletown, Ohio. The life depicted in “Hillbilly Elegy” may feel like it’s taking place in a galaxy far, far away to many viewers, although to many others, it will be instantly recognizable. Whether or not you have any connection to Ohio or the Appalachia of Kentucky (where Vance’s family is originally from), Maryse Alberti’s evocative cinematography and Hans Zimmer’s elegiac score will put you there almost immediately. The film’s opening sequence paints a picture of the Vance family’s life that captures all the good and bad of small-town midwest and rural living, from the small, crowded houses to the sun-dappled woods, from splashing in a creek to riding a bike along empty streets. There’s beauty present, but it’s clear that much of that beauty is tinted with nostalgia and it isn’t long before we meet present-day J.D. (Gabriel Basso) at Yale Law School where a phone call from his sister (Haley Bennett) sends him reeling, breaking the news that his mom (Amy Adams) is back in the hospital after an overdose. Thus, he drives back to Ohio to relive childhood memories.

Howard has always been a competent, if unexciting director, and “Hillbilly Elegy” is largely no exception. All the craft elements of the film are on point, and the direction keeps things moving so that there’s hardly a dull moment in the film’s nearly two-hour runtime. The way the film captures the feeling of these characters’ lives is particularly strong, emphasizing but never overstating the Vance family’s economic state, as well as the larger socio-economic circumstances that keep them there. It’s when Howard does try to do something interesting that the film falters, notably in regards to the film’s editing. Throughout the film, Howard and editor James Wilcox throw seemingly every trick in the book at the wall to see what sticks, and most of these flashy moments just don’t fit with the more naturalistic style at play in the rest of the film. This has the unfortunate effect of pulling the audience out of the story at key moments, and this is very much a film that lives or dies by the audience’s connection to the characters.

And what characters they are! Well, two of them anyway. As the film’s trailer and poster have made clear, while J.D. may be the central character, “Hillbilly Elegy” is actually more interested in the two mother figures in his life. The two women are boldly drawn in both script and performance, and they effectively act like the angel and devil on J.D.’s shoulders, engaged in a tug-of-war for his future.

Of the two legendarily Oscar-less actresses, Glenn Close fares far better, turning in a transformative performance unlike any other she’s been given in her storied career. Building Mamaw, J.D.’s grandmother, from the outside in, she has completely altered her posture, movement, and voice to the point where the actress is almost unrecognizable. Given the most sympathetic character in the film, Close fully embraces Mamaw’s spikiness, making it easy to understand the woman’s difficult past and the ways in which she reconciles it (or perhaps, more importantly, doesn’t) with her present. Mamaw is easy to love but not always easy to like, especially as we learn more about her backstory, and Close never once asks for the audience’s sympathy. Perfectly understanding the film and performances surrounding her, she opts to underplay more often than not, acting as a stabilizing force on the film much in the way Mamaw does in J.D.’s life.

On the other side we have Amy Adams basically doing a riff on her Oscar-nominated performance in “The Fighter,” but dialing everything up to eleven. Some of this is baked into the character, a struggling drug addict who swings wildly from sweet to sour, but Adams’s playing-to-the-cheap-seats performance only heightens the screenplay’s dialogue problems, highlighting all of the most cliché lines and turning scenes that should be horrifying into something almost laughable. It’s a performance full of bold choices that unfortunately don’t pay off, feeling more like someone play-acting the role of a drug addict instead of inhabiting the role as Close has done.

The rest of the cast is varying degrees of fine: Owen Asztalos fares the best as young J.D., ably holding his own and giving a very confident performance as a young man being batted back and forth by life. As the older J.D., Basso mostly serves as a capable actor as he has to react to everything happening around him, but sometimes suffers from the lack of personality the character has in the script. Freida Pinto is woefully wasted in the thankless role of J.D.’s law school girlfriend, and Bennett does what she can with the underwritten role of J.D.’s sister.

Unfortunately, “Hillbilly Elegy” never fully comes together. Howard tries, but for every scene that works, there’s another scene that is almost comically bad. The awkward tonal shifts of the screenplay, heightened by Adams’s performance, provide a weak foundation, and Howard can’t build a strong enough film on top of that. At least he has surrounded himself with talented craftspeople to make sure the film looks good. Alberti, one of our most underrated cinematographers, turns in some very handsome-looking images, ably turning each place in the film into a character in its own right. Zimmer turns in one of his most melodic scores in years, and even though the film uses it for audience hand-holding a bit too much (as per usual with a Ron Howard film), you will be humming it for hours after viewing. Production design, costume design, and hair and makeup are all equally strong, each contributing to the film’s sense of place. But that clear sense of place can’t quite make up for the film’s shakiness when it comes to the characters. “Hillbilly Elegy” may have its moments, but ultimately, its whole is quite a bit less than the sum of its parts.