“GHOST IN THE SHELL” 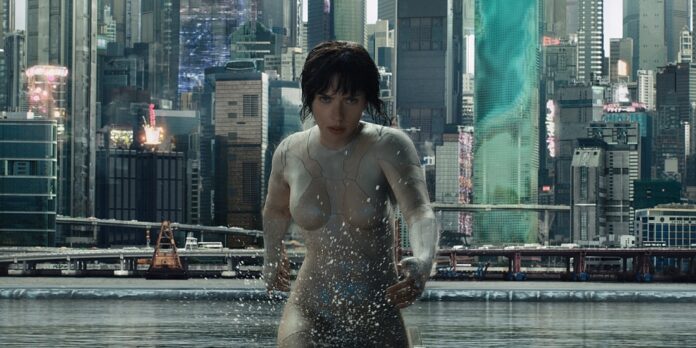 THE STORYIn the near future, Major (Scarlett Johansson) is the first of her kind: a human who is cyber-enhanced to be a perfect soldier devoted to stopping the world’s most dangerous criminals. When terrorism reaches a new level that includes the ability to hack into people’s minds and control them, Major is uniquely qualified to stop it. As she prepares to face a new enemy, Major discovers that she has been lied to, and her life was not saved. Instead, it was stolen.

​I have never seen the original “Ghost In The Shell,” which this American film adaptation is based on. I had never read the source material nor was I up in arms about the controversial decision to cast Scarlett Johansson in the lead role that was meant for a Japanese actress. I also do not share the same sentiments as many of my peers do regarding the supposed “whitewashing” for “Ghost In The Shell.” Instead, my opinion might be even more controversial. I will go so far as to say that “Ghost In The Shell” is “Ex-Machina” if that film was an action-blockbuster.

It’s the near future and Major Mira Killian (Scarlett Joahnsson) is the first human being to have her brain be the only part of a cyber-enhanced body. Her soul, her ghost, still live on within the body but she is seen by Hanka Robotics as a tool they can use at their own disposal to hunt down terorists. A new threat known as Hideo Kuze (Michael Pitt) is murdering high ranking officials within Hanka and Major is sent with her partner Batou (Pilou Asbaek) to stop him. When she encounters him, she starts to discover more about her past before Hanka turned her into the weapon she is today. With this knowledge, she seeks to discover and understand the life that was taken away from her.

The first thing that catches your eye when you’re watching “Ghost In The Shell” is its absolutely gorgeous production design. The sets, the design and the colors that pop are simply out of this world. Director Rupert Sanders also does not overdue it in terms of the CGI here in terms of environmental enhancement which is a good thing considering the computerized images can sometimes veer too closely towards video game level quality, which is not a good thing. However, a combination of the art direction, costumes and makeup all come together to give “Ghost In The Shell” a unique look and feel that is stylized yet gritty in the same vein as something like “Blade Runner.” The music by Clint Mansell and Lorne Balfe though is the film’s technical highlight as it radiates with a pulsing energy in both its action packed and quieter moments.

“Ghost In The Shell” has many philosophical moments that reflect on what it means to be human and also makes some serious comments on a technology dependent society. It never forces its message upon us and the only draw back other than a few poorly written lines of dialogue would be that I wish “Ghost In The Shell” could have been experienced as a miniseries more so than anything. This would allow for more characterization for the side characters and also would have given us a chance to see Major bond more with her unit. When we get to the end of the film and we see all of these side characters stepping up to assist Major, it feels though as if the story requires it moreso than it being organic. The film moves at a good pace and if I have any other complaints froma  narrative standpoint, it would be that the film rushes to its conclusion rather quickly by the end.

One would not be wrong for comparing “Ghost In The Shell” to a videogame in many ways. With an intrictaely designed world, a cyborg/human character with a mystery regarding her line of work and her own past to solve, down to even a final boss/villain at the end “Ghost In The Shell” has it all. Scarlett Johansson is perfect in the role that we’ve seen traces of before with her work in “The Avengers” series and even “Under The Skin.” I actually enjoyed the film for what it was without having to worry about comparisons to the original anime and will say that when it comes to the many summer blockbuster films we are bound to get this year, you could do a whole hell of a lot worse than “Ghost In The Shell.”