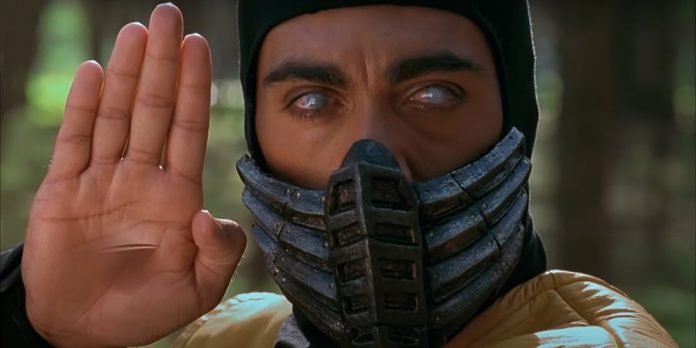 By Danilo Castro
​
“Mortal Kombat” has never been mistaken for high art. Deep characters? Nonsense. Dense plotting? No thanks. Clever dialogue? That’s rich. The franchise is built on the primal appeal of watching fighters beat each other to a pulp while the pulse-pounding theme music rings off. It is a one-trick pony that knows how to repackage its one trick, and this broad appeal is why fans are so eager to see the new “Mortal Kombat” reboot. The reboot is produced by James Wan and pushes the lore of the video games into a grittier and more modern territory. Will it succeed? Only time will tell. But seeing as we are on the cusp of the film’s release, we decided to take a look back at the cult classic that started it all (cinematically speaking). This is our retrospective on 1995’s “Mortal Kombat.”

The opening scene of “Mortal Kombat” is a make-it-or-break-it for the viewer. If you love it, you’re in for a treat. If you loathe it, the remaining 90 minutes are going to feel like a chore. The theme song plays over the opening credits before director Paul W.S. Anderson transports the action to an otherworldly outdoor temple. The evil sorcerer Shang Tsung demolishes his opponent before staring directly into the camera and stating, “Your brother’s soul will be mine! You will be next!” The camp levels are practically at a ten, and the story’s heroes haven’t even been introduced.

The film loses steam after this amazing opener, mainly because it has to sketch out the plot points for each character. There’s Liu Kang (Robin Shou), the strapping Shaolin monk, Johnny Cage (Linden Ashby), the bumbling movie star, and Sonya Blade (Bridgette Wilson), the ruthless military officer. While they are wildly different in style and temperament, they’re brought together under the watchful eye of Raiden (Christopher Lambert), who insists they attend the Mortal Kombat tournament. If they fail to win the tournament, the Elder Gods will be able to invade Earth and conquer the Earthrealm.

Let’s get the simple truth out of the way: the acting in “Mortal Kombat” is terrible. Ashby and Wilson are stiffer than plywood, and Lambert’s attempts to break up his exposition with humor fail miserably. It doesn’t stifle the enjoyment of the film, but the viewer’s age does alter how they perceive it. If you were fortunate enough to catch “Mortal Kombat” as a kid, the performances were perfectly suited to the broadness of Saturday morning cartoons. But suppose you’re seeing it again as an adult. In that case, they turn into inoffensive performances that are, sometimes, unintentionally funny (You’ll also notice how generously the film borrows from “Enter the Dragon”). Nostalgia papers over quite a bit.

Robin Shou fares better than his co-stars, which may have a lot to do with the fact that he is a real martial artist who can meld his characterization with his fight scenes. Despite having to play the most serious character in an otherwise silly environment, Shou is the closest thing we get to an emotional performance. It’s no wonder the studio prioritized him when casting the sequel (Ashby, Wilson, and Lambert were all replaced, though the less said about “Mortal Kombat: Annihilation,” the better).

That said, the performance that steals the show is also the one that steals souls. Cary-Hiroyuki Tagawa is legitimately terrific as Shang Tsung, sinking his teeth into each cartoonish line and hamming it up whenever the camera catches him. He nails the otherworldly confidence of the character and strikes a deceptively tricky balance between elegance and evilness (with a dollop of self-awareness). Tagawa was a genius stroke of casting, and much like Tim Curry in the ill-fated “IT” miniseries, his villainous turn is the aspect that most holds up against the scrutiny.

The fights range from the absurd to the inspired, but they consistently remain the best part of the film. Johnny Cage’s scrap with SubZero is an early highlight, particularly how it incorporates Cage’s bumbling, slightly arrogant combat style. The wirework is lots of fun, and the absurd lengths to which the characters decimate each other are memorable enough to forgive any shoddy choreography.

Liu Kang gets to do most of the bruising, and it makes sense that his fights are bolstered by some of the best set designs. It’s evident that Paul W.S. Anderson has a good eye when it comes to aesthetically pleasing action. “Mortal Kombat” was only Anderson’s second film and his first Hollywood endeavor, but most of his auteur sensibilities are already in place. Anderson’s style may have soured with the seemingly endless “Resident Evil” franchise, but here, there’s a freshness and an eagerness that smooths over some of the technical weaknesses. We dare you to watch the scene where Liu Kang motor kicks Shang Tsung in the chest and not be won over.

“Mortal Kombat” is a silly film, but much like “Space Jam” (another franchise getting a reboot this summer), it’s a well-meaning and entertaining piece of pop culture that has been hardwired into the nostalgia of generations. There’s room for dramatic improvement with the new film, but there is a purity and childlike appeal to the 1995 original that will never be beaten. If you’re in the right headspace, video game movies don’t get more fun than this.