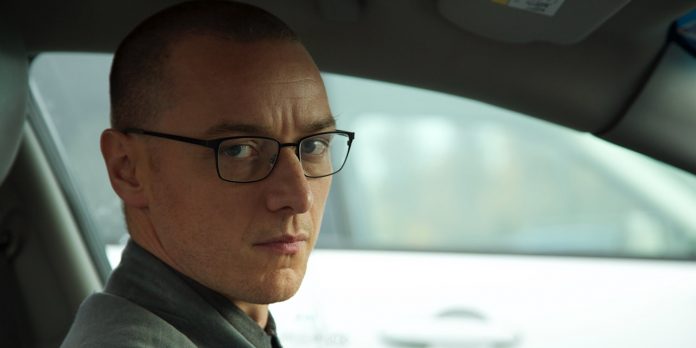 ​We’re right in the heart of Oscar season. Plenty of incredible films have premiered at festivals around the country, and we’ve got more to come. There’s no shortage of magnificent, Oscar-worthy performances from this year. Still, there are some other performances from earlier in 2017 to keep in mind that will sadly either go unnoticed or be looked over for more recent film performances. We are hoping that these names will still make a play in the coming season.

​As the critic’s awards get underway, sometimes we get surprises from earlier in the year. The Screen Actors Guild often gives us at least one unexpected, non-Oscar season pick as well which helps to spice things up when we least expect it (Think Demian Bachir in “A Better Life” or Emily Blunt in “The Girl On The Train“). Keep some of these performances in mind as we get deeper into the fall.

One of the only performances from earlier in the year that is likely to get an Oscar nomination is Holly Hunter from “The Big Sick.” She gave us a surprising comedic turn and stole some great scenes from the likes of Ray Romano and Kumail Nanjiani. Recent Academy Award winner Mark Rylance (“Bridge Of Spies”) had a quiet role in “Dunkirk” that could break into the Supporting Actor race. Salma Hyeck and Cynthia Nixon both gave dramatic lead turns in “Beatriz At Dinner” and “A Quiet Passion.” There was a time where some of us thought Jeremy Runner could sneak in for his strong performance in “Wind River” but with that being a Harvey Weinstein film, those chances are now all long but gone. And how could we possibly forget Robert Pattinson’s career best performance in “Good Time?”

The tense and slow-burning “The Beguiled” gave us a wealth of incredible performances to consider from its terrific ensemble, including Nicole Kidman as a leading actress, and Kirsten Dunst and Colin Farrell for supporting. The controversial “Detroit” told us that we need to be paying attention to Algee Smith and Will Poulter. Critics and audience darling “Get Out” impressed as well back in February with a strong leading turn from Daniel Kaluuya and excellent supporting work from Allison Williams and Catherine Keener.

“Logan” had some of the best performances we’ve ever seen in a superhero film. We may have seen Hugh Jackman and Patrick Stewart in these roles before but in “Logan” they took their work to new levels. Hugh Jackman and Patrick Stewart were both emotional, raw and their work was certainly some of the best of the year. Gal Gadot also captured a lot of love for her “Wonder Woman” lead starring role. As we’ve seen many times before, Andy Serkis capped off an amazing run as Caesar in “War For The Planet of the Apes” with his most humanistic and emotionally stirring turn as the leader ape yet.

Elsewhere, we got two great comedic performances that could break into the Golden Globes Musical/Comedy race. Aubrey Plaza was frightening, heartbreaking, and hilarious in “Ingrid Goes West.” In one of the biggest box office surprises of the year, Tiffany Haddish stood out in a huge way in “Girls Trip.” Don’t let these ones fall off your radar.

Last, but certainly not least, is James McAvoy in “Split.” One of the showier performances of the year was one man playing dozens of characters in M. Night Shyamalan’s comeback film. This is the type of performance that could be forgotten about since it was a January release, but, as our own Matt Neglia pointed out on Twitter, this has the trappings of that surprise SAG nominee, especially in a slightly weaker Best Actor year.

So what did we miss? What are your favorites from earlier this year? Do you think any of these can break into the Oscar race? Let us know in the comments below.