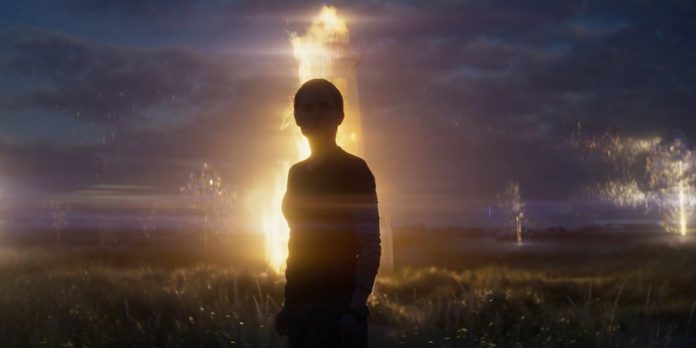 ​As “Annihilation” pushes its way across half its production budget at the US box office and expands to Netflix internationally, there’s still time left to marvel at how a piece of science fiction film can deliver and ask a greater question about ourselves: What is it about “Annihilation” that keeps us talking? Why has it become this engrossing topic of discussion among moviegoers? Alex Garland’s second feature film is an intrepid voyage of the unknown, ultimately challenging the audience to not look away from its cerebral mastery. One could say the film is straight up psychological acid. It has a tantalizing effect that begs to ask us about ourselves. Films like this are one in a million and it makes an even bigger impact when it is resourceful of metaphysical ambiguity.

​Maybe it’s the background in writing that gives Garland way to bigger platforms. Surely, he’s no stranger to scriptwriting and the art of literature. His portfolio boasts a niche that’s able to transcend beyond common boundaries. Where others find comfort in sewing up familiar themes and exhausted scenarios, Alex Garland looks the other way and takes his own oath to genre storytelling. He wrote the screenplay for the 2002 post-apocalyptic British horror, “28 Days Later.”  In 2007, he continued his immersive screenwriting with the script for “Sunshine,” a British-American thriller. Since then, his work has turned towards adapting novels for the screen mostly, with the exception being his Oscar nominated work on “Ex Machina.”

Films like “Alien” (1979), “Apocalypse Now” (1979), and “2001: A Space Odyssey” (1968) have influenced Alex Garland heavily throughout the years, and his style of writing has grown to mirror those similar complexities. The sci-fi genre has continuously invited him to expand on ideas and stretch the audience’s imagination.  With every writing credit as part of a collaborative film, he has this ingenious potential to fall back on. He works his stories like an experienced violinist. There’s a seamless flare of edge and demand to his projects, allowing Garland to become both a heavy hitter and an experimental pioneer for modern science fiction cinema. There’s a distinct flow of creativity to Garland’s work that should not be slept on and he has continued to prove this to us time and time again. 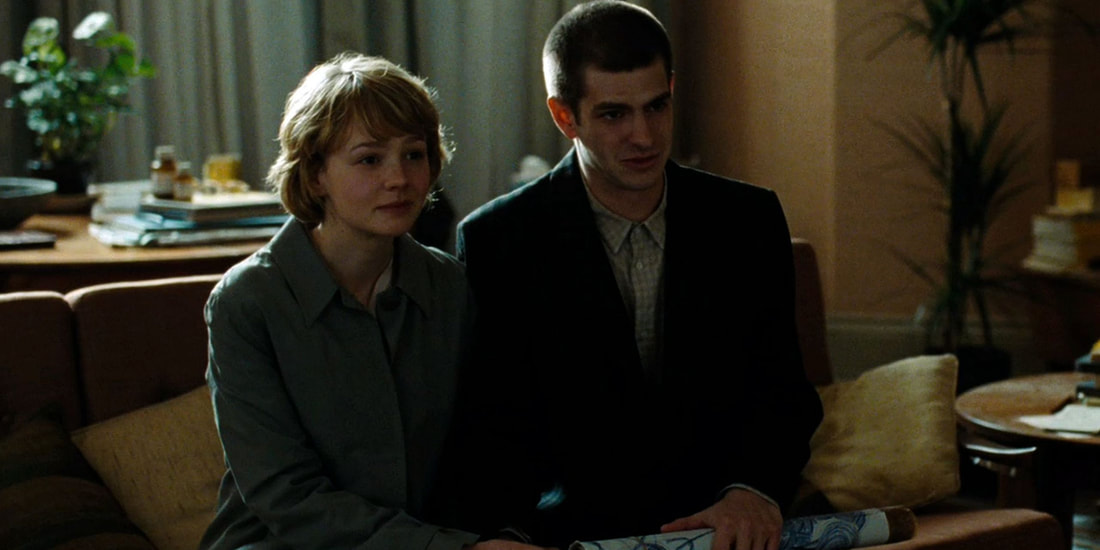 Adapted from the novel by Nobel Prize-winning British author, Kazuo Ishiguro, “Never Let Me Go” follows three characters in an alternative near future where their lives are harrowingly predestined and the confines of human nature lead to an eventual love triangle. There’s an implication that is faithful to how human condition copes with the hand they’re dealt. Throughout each act, we examine the characters’ grow through life at school, among the cottages, and then in and around hospitals. The scope of life and its undeniable structure is told through narrative direction like this. Life is not fully guaranteed. Time is intimately finite. Oftentimes, we won’t deviate from the way things have shaped our upbringing. Not running away from some things is an acceptance of life itself. Who are we and what kinds of things become more important once your destiny— in this case, a very oppressed one— is unraveled? Garland has read Ishiguro’s previous novels multiple times, always noting the mechanics of their narratives from the perspectives of a reader and also the critical writer. Stripped of any adaptor’s ego, the narrative never strays from the novel’s soft focus. “Never Let Me Go” is both devastating and spiritually awakening. 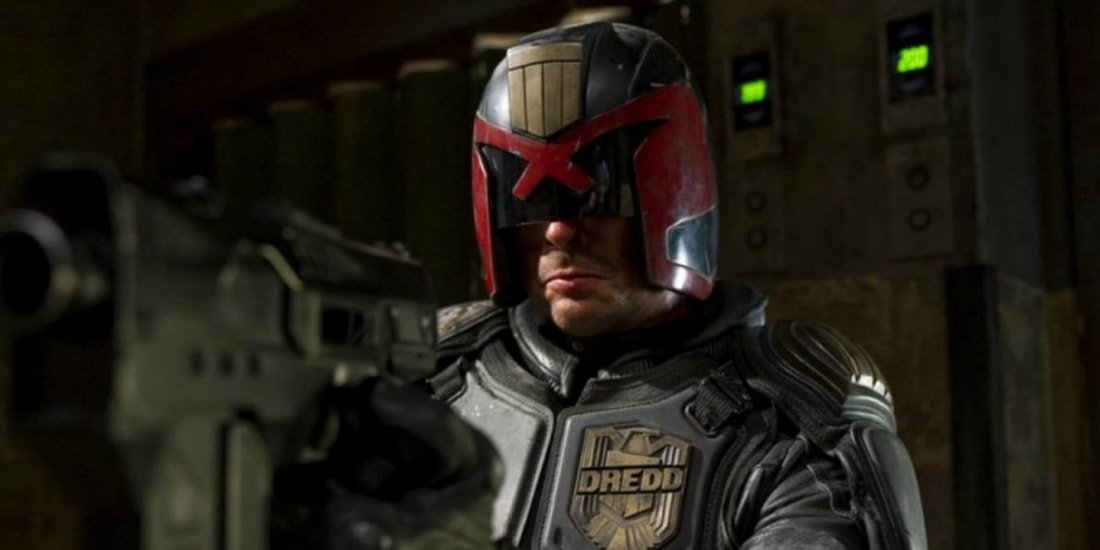 In 2012, when “Dredd” hit cinemas, it captivated viewers thanks to avant-garde visuals and an anomalous script. Garland penned the screenplay from the epic source material, producing a story that’s both abnormal and adrenaline-filled. The amount of directorial influence he has in the project has been long debated. It’s ingenious to think of how something so cold and calculated was able to form a solid action flick in of itself. The idea sprung forward from a series of British anthology comics titled, 2000 AD. The comic magazine examines detrimental themes of science fiction and introduces several memorable characters in the history of British graphic novels. The character of Judge Dredd is a stone-faced officer who encompasses the roles of judge, jury, and executioner in the dystopian grounds of Mega City One. The undesirable climate of drugs and crime run rampant as Judge Dredd is put to battle a growing drug syndicate and their leader. Garland has singled out the series as one of his greatest influences to date.

In “Dredd,” he injects some serious psychotic elements, even some that allowed Karl Urban to portray the cold, calculated nature of Judge Dredd as the perfectly juxtaposed side to the rest of the film. Subversive, gritty, and enticing, “Dredd” is written like a punk satire in a world of overpopulated drugs; a contained cell of a crumbling democracy. Travesties are met with the difficulties of upholding the law. The real spectacle of “Dredd” is in Judge Dredd’s substance as a brooding anti-hero character and the entire hallucinogenic aesthetic of the film. It never depletes its attraction and it never fails to color hardcore sequences into the mix. 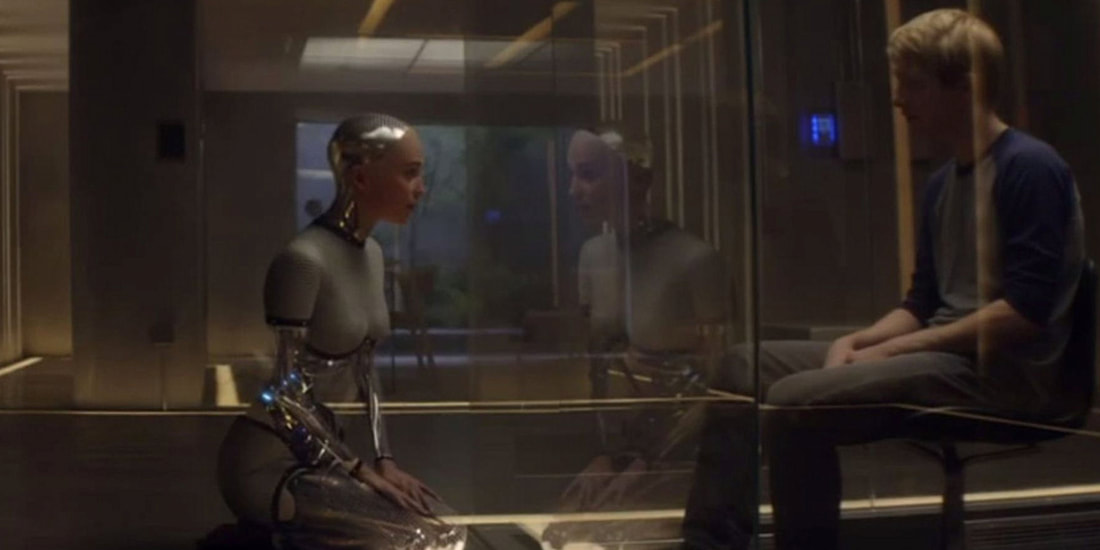 In 2015, Garland took his first credit as director in the sci-fi film, “Ex Machina.” A young coder wins the opportunity to stay at his CEO’s home, observing and immersing himself into a series of trial sessions, communicating with an android over a period of time. Consciousness, gender, and artificial intelligence are reeled in as themes of the film. Garland invites the viewer to deception and the study of human behaviors as if they were the only things left to reach for. Filmed in Norway with beautiful sceneries and then confined claustrophobia, “Ex Machina” opens up waves of self-study. The enclosed space forces the viewer to feel the close contact of the AI’s desires. What is Ava able to feel and how is she processing things as her own? How are these sessions building or destroying trust in the other characters? Has witnessing human demeanors helped her evolve? It’s certainly an advanced form of reflection. The idea for the film was born out of a book. Not a typical novel of any kind, but a book on the human consciousness. Garland has accredited this book (even though he’s never actually cited it by name) as one of many alternatives for the film’s origin. Sitting with these ideas and the explorations of one’s own self make it that much more primal to dissect as a film.

Through its first half, a lot is left to the unknown in “Ex Machina,” such as its eerie slivers of trust and the exponential viewer interpretation it carves. It only takes one switch of power to reveal a surface of intention. In a covert sense, it’s all set up as one test after the other. Garland is a meticulous writer who etches out unique encounters in dystopian settings. Whether it’s a comic book-born city or a reality closer to our own society, his attention to detail tempts the viewer into thinking that perhaps our advances can also transform into our own demise. The stories take on their own compulsion through our interpretations of them, and it becomes something much more thereafter. 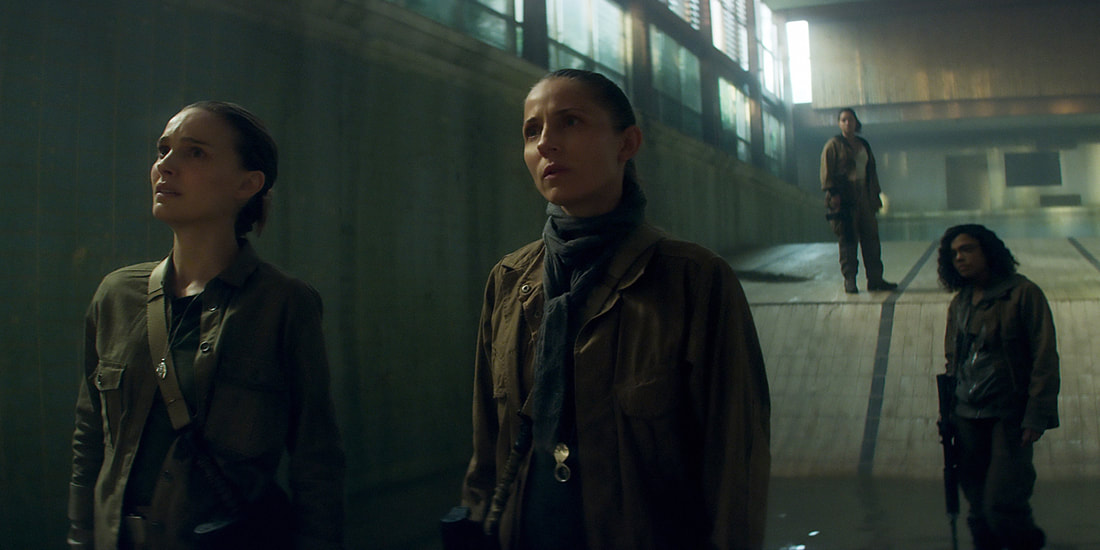 Which leads us to Garland’s follow up film to “Ex-Machina,” with “Annihilation.” In his sophomore directorial effort, he taps into the corners of our mind that haven’t recently been exposed. Our cosmic senses are woken and Garland uses the element of ambiguity to our discomfort, but it is so very satisfying. If we wanted to get to the root of it all, Garland read Jeff VanderMeer’s Annihilation, the first of the Southern Reach trilogy, and felt inspired immediately. It wasn’t the fact that it was a brilliant novel of science fiction; it was something more lasting. For Alex Garland, the pure existence of a story like “Annihilation” can only be born out of originality— minds who challenge the normality of storytelling. It wasn’t the repeated stories we get across generations, time and time again. VanderMeer’s novel invites a new and isolating experience. To quote the character of ‘the biologist’ in Chapter One, “Names belonged to where we had come from, not to who we were while embedded in Area X.” In the film we are given names and realized stories, some fleshed out more than others. It serves the purpose of making the journey more intense and questionable. And so Garland raises the stakes, exiling the viewer from “suburbia to psychedelia,” as he puts it.

The truest form of the adaptation is how it translates the atmosphere. Garland nods to the novel in ways that are noticeably more psychedelic and visually challenging and uncanny. Moments of engrossing exposition suddenly shift to surreal tension and a sense of agony. The audience can’t help but come face to face with the translucency of our own humanity. Where the script has its unspoken words, we have the outspoken self-reflection, and that’s the kind of science fiction film we can get behind. Garland tempts the metaphysical qualities and the film begins to ask us the questions rather than the other way around.

“Annihilation” is now available on Netflix streaming for our international friends. This is no doubt a positive, as this means more eyes will find themselves enthralled with the curiosities, existentialism, and sensory euphoria that Alex Garland has brought to his second feature. One can only hope this keeps Garland’s fire lit as a heavyweight in contemporary science fiction cinema and not be seen as a stumbling block within his career. If he continues to push the envelope, he could have a shot at Oscar gold I’d say easily within the next ten years!