“Cruella” Is A Success For Disney Live-Action Villain Origin Stories 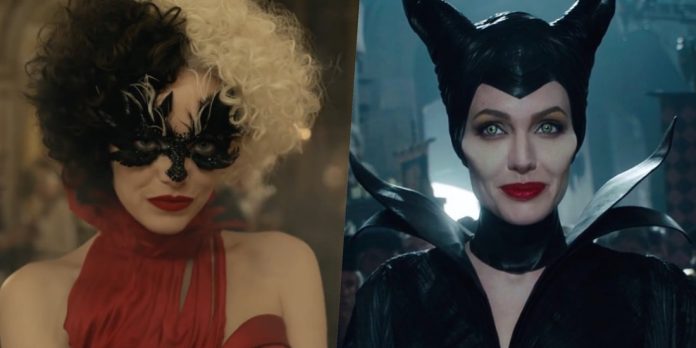 By Ryan C. Showers ​
​
Disney powered through the pandemic by releasing some of their most costly and anticipated projects on their novel streaming service, Disney+, such as “Mulan” and “Soul.” However, the live-action origin story of one of animation’s most infamous villains, Cruella de Vil, lasted in post-production and on the shelf until the Memorial Day weekend – which coincidentally seems to be the weekend that cinemas have come alive again. “Cruella” proves to be an interesting test for Disney because audiences can either choose to go attend an in-person theatrical screening or pay a premium fee to stream it through Disney+. (This is unlike Warner Brothers, allowing theatrical releases to be seen without extra charge for those who pay for an HBO Max subscription).

“Cruella” is a compelling case in general because the movie is such a distinctive feature. It mirrors a lot of what Disney did in retelling “her side of the story” in “Maleficent.” But at the end of the day, for however dark and mature that film is thematically, “Maleficent” is tailored for younger audiences. “Cruella” lives in this strange space where it aims for both younger and older audiences. It walks a pretty daring line between dark crime comedy and Disney family fare, and that is part of what makes “Cruella” one of the most accomplished live-action remakes/retellings of classic animated films.

Craig Gillespie, who already has a credible reputation for telling antihero stories, directs “Cruella’s” densely plotted, character-driven, epic script and gifts it with a firecracker personality and a soundtrack that could kill. The acting in “Cruella” is better than it has any right to be: Emma Thompson is fierce as hell, and every moment her performance is flawless, and an Emma Stone performance has not worked as wholistically since “Easy A.” Like with “I, Tonya,” Gillespie creates a postmodern flare in the tone of the story, something that has not been used in other similar live-action reimaginings of Disney classics, like “Beauty and the Beast,” “The Jungle Book,” and “Cinderella.” Rather than being graded on a curve for Disney live-action remakes, “Cruella” earns cachet on its own for being the wild, shady movie it is. And unlike some of the more notable films in this group nominated for Best Costume Design at the Oscars, “Cruella” stands a wicked chance at actually winning. If voters watch, it will be difficult to deny the fashion around which the plot is literally centered, featuring a balanced mix of chic contemporary, period, and ’70s punk gowns.

However, the critical response to “Cruella” has been more divisive than its 73% on Rotten Tomatoes would suggest. The divide boils down to a matter of taste – whether one likes this sub-genre of animated villain-turned-live action antihero origin story. “Maleficent” faced similar criticism back in 2014, but an even more brutal evaluation than “Cruella” faced due to the fact that the nature of film criticism has changed so much since then. The main issue some critics have with “Cruella” is, in their view, the unnecessary humanizing of iconic villains. Many negative reviews I have read do not even want to entertain the possibility of digging deep into what makes a bad character tick. But conversely, I implore you to imagine how boring cinema would be in today’s world if we only got pure stories of virtuous people.

For me, I have always found stories about morally grey people, who do bad things in moments of pain and fury, to be three-dimensional and a human, adult way of telling stories. “Cruella” does just that and pushes the envelope even farther than what “Maleficent” did, all within the bounds of the family genre stripes to the story. “Cruella” is even more expansive, drawn-out, and detailed in a life journey and psychoanalysis for the character than we saw in “Maleficent.” There is a whirlwind of emotional and narrative twists in “Cruella,” and this allows for the moral standing and motivation of Cruella herself to constantly be shifting, which in turn creates a blast of a viewing experience for someone tuned into what Gillespie is trying to pull off.

“Cruella” took me by surprise. As someone who championed “Maleficent” since its release, the footage in trailers and casting of Stone in the title role did not reserve confidence with me. However, my intuition was off in prejudgment of “Cruella.” Despite a script that could have been condensed in places, it stands tall as an accomplishment as we ease back into the normal landscape of the theatrical experience.

​Have you seen “Cruella” yet? If so, what did you think? Did you see it in a theater or on Disney+? Let us know in the comments section below or on our Twitter account.