Bryan Singer To Remain As A Credited Director On “Bohemian Rhapsody” 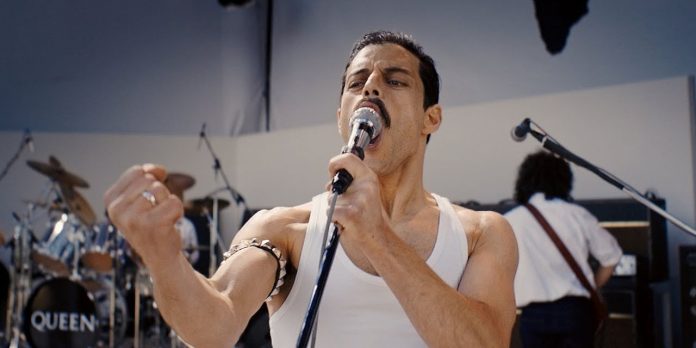 ​After a much publicized exit from the film, Bryan Singer will remain the credited director on “Bohemian Rhapsody.” Director Dexter Fletcher finished up the Freddie Mercury biopic, coming out this November, but his credit remains unknown.

Last fall, as Harvey Weinstein’s reckoning sent shockwaves through Hollywood, rumors were reignited about Singer’s supposed history of misconduct. Reports of a chaotic “Bohemian Rhapsody” set didn’t help matters, with a tense relationship between Singer and star Rami Malek, and days where Singer would simply not show up. Soon, unsurprisingly, Singer was fired from the project with only a couple weeks left in the shoot. Singer claimed that he simply needed to care for an ill family member.

Soon, “Eddie The Eagle” director Dexter Fletcher was hired to finish the film. It’s now revealed that Fletcher ended up directing 16 days of shooting. It makes sense that Singer would receive the final directing credit. DGA rules entitle a director to final credit if they direct between 90 and 100% of the project. Only if the substituting director completes more than 10% of the project do they receive a directorial credit. In the recent case of Ron Howard replacing Phil Lord and Chris Miller on “Solo: A Star Wars Story,” Howard reportedly directed 70% of the film. Lord and Miller elected to receive Executive Producer credits for their contributions. The studio has not yet revealed what credit Fletcher will receive.

The film releases in the heart of Oscar season. Early buzz on the film is positive, especially for Malek’s performance, which is sure to have a significant awards campaign. It will be interesting to see if Bryan Singer’s involvement in the film will negatively impact the campaign, or if it can overcome the controversy to receive awards attention.

Do you think Malek will score his first Oscar nod? Will the film receive attention outside of that performance? Let us know in the comments below.