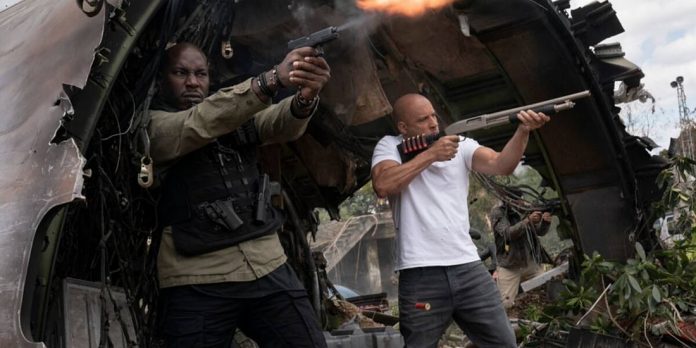 By Matt Neglia
​
We’re trying something new from now on when we check in with the new physical media releases of the week. We’re calling this weekly post “Best Of The Week” where we will now include a list of the top 10 results of the box office from the weekend, plus the top 10 streaming titles of the week (both film and television). We hope that this new weekly snapshot provides you with all of the information you want for movies currently playing in theaters, movies arriving on physical media, and movies available to stream. Thank you! Now, let’s take a look and see where the industry is at today!​

The ninth installment in “The Fast Saga” claimed the top spot again for a second week in a row, dropping -67.4% for a total gross of $115,963,960. It’s a far cry from the franchise’s highest points in terms of the box office. Still, it’s yet another healthy indicator that the industry is rebounding from the pandemic with more theaters open than ever, and audiences are making it known which movies they prefer seeing in the theaters (even despite the mixed to negative reviews).

What’s also telling about the overall health of the industry is how well films that could be streamed from home are doing in the theaters with movies like “The Boss Baby: Family Business,” “A Quiet Place Part II” (coming to Paramount+ in 5 days), “Cruella” (Disney+), “The Conjuring: The Devil Made Me Do It” (HBO Max) and “In The Heights” (also HBO Max) all placing in the top 10. Giving audiences a choice over whether to stay home and stream or go to the theaters if they feel comfortable is providing us with a new layer of insight and data that should influence future decisions within the marketplace in the future.

The wild indie darling “Zola” debuted in the top 10 after enormous word of mouth since its premiere at Sundance in 2020, while “In The Heights” is barely holding on in the top 10. The financial disappointment for Warner Bros. has only managed to gross $26,797,024 so far after four weeks in theaters. And although it didn’t crack the top 10, it should be noted that the Questlove documentary “Summer Of Soul” landed at no. 11 with $650,000. With some of the best reviews for a documentary this year, it will be interesting to see what its legs look like over the next few days.

To get us ready for the release of the galactic I.P. sized sequel in 10 days, Warner Bros. has put out the original “Space Jam” on 4K UHD, while “Scott Pilgrim vs. The World” makes its debut on 4K UHD after a successful theatrical re-release earlier this year. Criterion Collection is also putting out two anticipated titles in Andrei Tarkovsky’s “Mirror” and the Howard Hawks classic “Bringing Up Baby.” Rounding things out, Apple TV+’s hit miniseries “Defending Jacob” makes its way onto physical media this week as well.

​”The Tomorrow War” unsurprisingly was the most popular streaming title this week. With a large production budget and movie star Chris Pratt attached, the film outperformed the new Steven Soderbergh film “No Sudden Move.” At the same time, nostalgic Fourth of July favorites “Independence Day” and “Jaws” found their way into the top 10 this week, no doubt fueled by the holiday’s occurrence this past weekend. Quentin Tarantino’s “Once Upon A Time In Hollywood” also found its way in the top 10 again after the filmmaker made headlines this past week (sometimes for the wrong reasons) for promoting his new novelization of the Academy Award-winning film.

What do you think of this new format? Your feedback is greatly appreciated as we attempt to give you a snapshot of where the industry is at every week. It’s a work in progress and we’ll be fine tuning as we go with Casey Lee Clark spearheading this update every Monday. Let us know your thoughts in the comments section down below or on our Twitter account. Thank you!