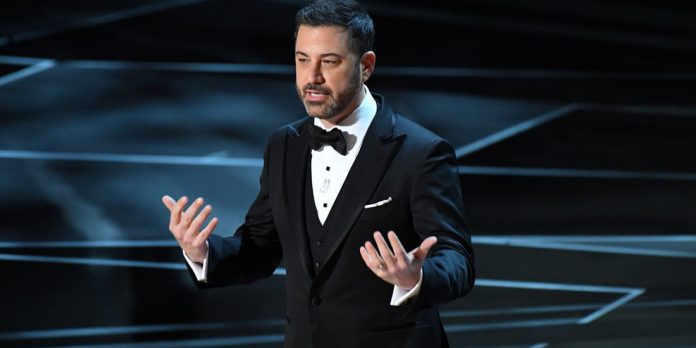 ​It never fails. Every year, as I’m excitedly preparing to cast my ballots for the slew of award shows strutting down Autumn’s runway, one of my friends begins to yodel the complaint of many during this time: “they better just focus on the movies this year, and not on Washington.” It’s easy logic to follow— awards shows, whether SAG, Golden Globes, the Emmys, or the Oscars, are meant to celebrate a medium of entertainment and subsequently, not political justice… right?

We all remember the controversy that began in 2016 when 49ers quarterback, Colin Kaepernick, knelt during the national anthem as a sign of solidarity towards movements like Black Lives Matter. It caused such turmoil that, ultimately, Kaepernick ended up losing his job… conversely, it also resulted in the continuation of a very necessary conversation about police brutality. If we applied this same logic to the Academy Awards, though, we’d have lost Tom Hanks after his AIDs awareness speech in 1994 accepting his first Oscar for “Philadelphia,” Marlon Brando wouldn’t have made it past “The Godfather,” and Oprah Winfrey’s speech at this year’s Golden Globes would’ve cost her Harpo. However, it shouldn’t demand the same logic.

Movies were made to entertain, sure, but also to dissent (“12 Years A Slave,” “The Sound Of Music”), to illuminate (“Spotlight,” “The Hurt Locker”), to incite action (“The Deer Hunter,” “Moonlight”), and to inspire (“A Beautiful Mind,” “Forrest Gump”). In fact, films that don’t carry a strong message have rarely won Best Picture. With this in mind, it seems almost a requirement of award winners to speak on social and political issues both here and abroad. This year’s winner, “The Shape Of Water,” exemplified ideas of equal rights, both towards race and sexual identity, as well as touching on the way masochism negatively affects the workplace. Sure, it entertained us. But it also taught us. Why shouldn’t the creators behind films like this be allowed to verbally address the same issues brought up in the films voted to win every year?​

We are inundated every day with opinions from sources supposedly meant to be non-partisan, unbiased, and without ulterior motives. Whether you’re on the left, the right, in the middle, or hanging out with Tom Hanks on that island in “Cast Away,” it’s hard to find any breaks from the noise of politics. I get that. However, we’re being hypocritical to expect celebrities to “use their fame for good causes” but also “keep their mouths shut” about the same causes they support. The Golden Globes, Academy Awards, and other awards shows are the perfect platform for role models to express their opinions about important topics. It shouldn’t come as any surprise that so many women (and men) have spoken out against sexual harassment this season in support of the #MeToo campaign, #TimesUp movement, and others. It’s a huge issue, and while Hollywood is getting all the heat, it’s a prevalent and very real problem in every industry in the country.

Further, whether awards shows are the “right” platform or not doesn’t matter when these issues are given the light of day they normally wouldn’t receive. Namely, 2009’s Best Original Screenplay winner (“Milk”) Dustin Lance Black’s speech on gay rights. That was six years before gay marriage was federally legalized— no, he didn’t start the conversation, but he opened it up to a nation closeted in fear and prejudice towards same-sex couples. There are dozens of examples like this, and at the end of the day, whether ratings are high or low, people are watching and listening. What our role models say matter, as does what they don’t say. If we’re fed up listening to our local news disseminate facts with opinions, then maybe we’re ready to hear it from artists whose jobs are literally meant to share entertainment, opinions, and incite change. So, here’s to the future of politically-charged speeches that, for better or worse, start a conversation which may have otherwise been left in the closet.​