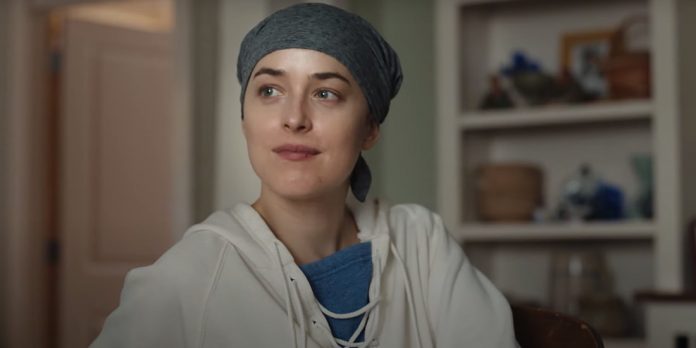 By Casey Lee Clark
​
Gravitas Ventures has released the trailer for “Our Friend” directed by Gabriela Cowperthwaite and starring Jason Segel, Dakota Johnson & Casey Affleck. It will be released in theaters and PVOD on January 22, 2021.
​
​Click below to see the trailer.

​Plot Synopsis: Based on a true story, screenwriter Brad Ingelsby adapted “Our Friend” from the article “The Friend: Love Is Not a Big Enough Word” by Matthew Teague. The film stars Affleck as said journalist Matt Teague, living with his wife Nicole (Johnson) and their two young daughters. When Nicole is diagnosed with terminal cancer and Matt’s responsibilities as caretaker and parent become too overwhelming, the couple’s best friend Dane (Segel) offers to come and help.

The film initially premiered at the 2019 Toronto International Film Festival under the title “The Friend” before playing numerous festivals including AFI. “Our Friend” will be released in January 2021 just in time for awards season following raves for its three central performances.

What do you think of the trailer? Could this tearjerker have an impact on the upcoming awards season? Which performances are you most looking forward to? It seems like a more baity and complex role for Dakota Johnson in particular, as well as a refreshing dramatic turn from Jason Segel. Let us know your thoughts in the comments below or on our Twitter account.