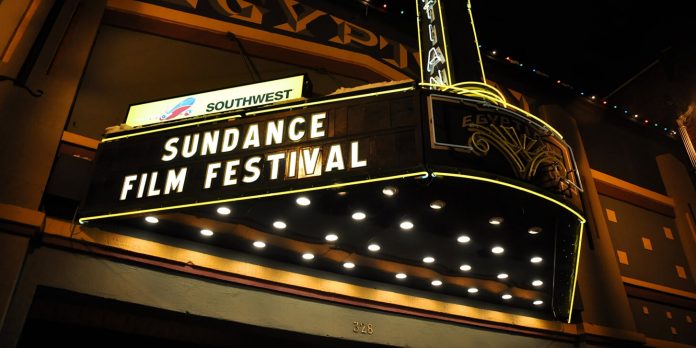 The first major film festival of 2018 is upon us…

Beginning January 18th, the streets of the small-town Park City, UT will fill with media, stars and cinephiles alike. Matt Neglia, Will Mavity and myself look forward to bringing you as much content as possible live from the events. In the meantime, here is a quick rundown of current happenings related to the festival including some new things to look forward to.

This is the first major festival to take place since the Harvey Weinstein scandal and the subsequent array of harassment and assault allegations that have come forth. The festival directors are highly attuned and have been considerate to the weight this responsibility as they prepare for the event. Harvey Weinstein and Company were large contributors in years past, both in creation and acquisition of films from Sundance. There is a shadow that looms as a result, and the festival has decided to hit this head-on by releasing a code of conduct to all participants in all facets of the festival:

The new code of conduct reads:

“Sundance Film Festival is an environment where bold, creative, and distinctive voices are celebrated.

Sundance Institute is committed to allowing attendees to experience the Sundance Film Festival free of harassment, discrimination, sexism, and threatening or disrespectful behavior. We reserve the right to role, without notice or refund, credentials or access to Festival events and venues for those who engage in such conduct.”

Although much of the film procurement happened before most of the scandal broke, the festival boasts a vast amount of films directed by women in 2018. In fact, under the US Documentary Premieres category, a film entitled “Half the Picture” is specifically focused on the discrimination and lack of representation of female directors and appears to be a call to arms for Hollywood, much like we are hearing on social media and in recent awards shows. It will be very relevant to the current conversation on this important topic. Powerful women are the subject of many of the documentary selections including Jane Fonda, Joan Jett, and Ruth Bader Ginsberg (Who is also currently confirmed to be in attendance during the festival).

You are likely aware that Robert Redford is the founder of the festival (The first one being in 1985). A fan of Utah’s beauty and long before the festival began, Robert also founded the Sundance Mountain Resort, a beautiful ski location in Utah’s Provo Canyon. Thus, the original venue and namesake for the festival “Sundance.” As the festival expanded, Park City became the premier venue for the event. In recent years, elements of the festival have spilled down the canyon into Utah’s city center of Salt Lake City, although central activity remains in Park City.

Keeping up with the crowds and popularity has been one of the biggest challenges of late. A new 500 Seat theater (Equipped with Dolby Atmos) near the already existing Holiday Cinema screening location is a new addition for 2018. This is also the area where you will find the Virtual Reality experience which has been a popular addition in recent years. The idea is to create a secondary mini-hub for the festival away from the central hub on Main Street.

“Audience Festival Favorite” is a new award that will allow for voters to pull from all categories of the festival including feature films, not just those in competitive categories. There have been some significant hits in prior years that missed awards, so this broader recognition of the content felt like an important step, according to Sundance Institute Director of Programming, Trevor Groff.

“NEXT Innovator Award” is also new this year.  The festival will select one representative to review the entries and select a winner to be announced on awards night. In 2018, RuPaul will be the judge who will also be attending the festival to promote other endeavors. Keep in mind that “A Ghost Story” was in this category last year, but was ineligible for any awards because it was not specifically part of a competitive category.

Here is a quick reminder of the current categories of the festival that will house the 110 Feature Length films, as well as shorts and episodic content. New this year is the “Indie Episodic” which you will see below.

World Cinema Dramatic and Documentary Competition: Specially selected World Cinema many of which have moved on to be represented in major awards shows, including the Academy Awards with films such as “Cinema Paradiso” and “Born in Brothels.”

Premieres and Documentary Premiers: Feature-length films not participating in the competition; the introduction of the Audience Favorite award will allow for wider recognition of the films in this category (These are US films).

Spotlight: Carefully procured and selected, already seen films that fit the theme of the festival.

NEXT: Houses more experimental selections; In 2017, this is the category that included “A Ghost Story” and “Columbus” and will now be award eligible.

Midnight: Horror/thriller genre films typically premiering late night at the festival examples include, “The Guest,” “The Babadook” and “The Witch.”

Indie Episodic: *New in 2018* featuring web-based and less mainstream episodic content that may not be discovered otherwise.

Stay Tuned for Part 2 of this preview which will focus specifically on 2018 anticipated selections.

You can follow Deann and hear more of her thoughts on the Oscars, Film and Sundance on Twitter at @tweedledeedee33