“murder on the orient express” 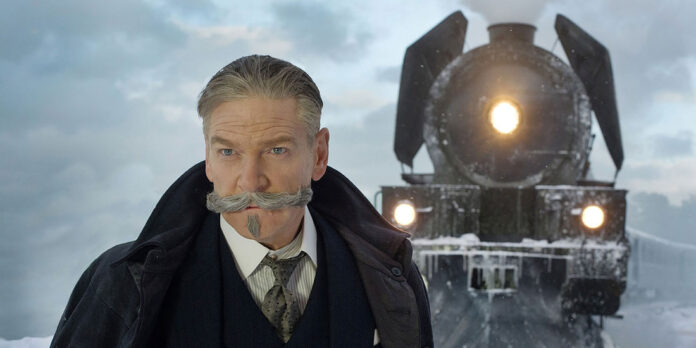 THE STORY – A lavish trip through Europe quickly unfolds into a race against time to solve a murder aboard a train. Everyone’s a suspect when Detective Hercule Poirot arrives to interrogate all passengers and search for clues before the killer can strike again.

​While attempting to explore important themes revolving around justice, murder, the essence of good and evil and the search for the truth, Kenneth Branagh’s adaptation of Agatha Christie’s “Murder On The Orient Express” results in a film that stands in the shadow of Sidney Lumet’s classic 1974 original. With updated visuals and a sprawling cast, Branagh’s greatest contribution to the film is not in the director’s chair but in front of the camera as the peculiar and brilliant detective Hercule Poirot. All other attempts at storytelling, suspense, and getting convincing enough performances out of his actors to help sell the heavy-handed dialogue are laughable and disappointing.

A train leaves from Istanbul to London in 1934, carrying with it a dozen passengers. At the last minute, a world-famous detective named Hercule Poirot (Kenneth Branagh) manages to snag a last-minute pass abroad the train courtesy of his friend and the train’s owner Bouc (Tom Bateman). Once aboard, Poirot discovers he is traveling with a Princess (Judi Dench), a religious woman (Penelope Cruz), a racist engineering professor (Willem Dafoe), a doctor (Leslie Odom Jr.), his secretive lover (Daisy Ridley), a middle aged seductive woman (Michelle Pfeiffer), a sleazy art dealer with a shady past (Johnny Depp), his secretary (Josh Gad) and his butler (Derek Jacobi). When the train stops due to an avalanche of snow blocking its path, one of the passengers is violently murdered. With everyone as a potential suspect, it is up to the clever detective to use all of his resources to put together the clues and uncover the murderer onboard the train.

Meticulous, detailed and knowing exactly what he likes and what he doesn’t like, the character of Hercule Poirot is brought to life by Kenneth Branagh who this reviewer particularly wishes would take on more acting roles as I’ve always felt that he was a far better actor than he was director. With a few solid hits to his name (“Thor”) and more than a few share of duds, “Murder On The Orient Express” never achieves of a moment of striking brilliance outside of the Poirot character but you can certainly see where Branagh tried and where he failed. The updated visual storytelling, equipped with bland and noticeably bad cgi for the exterior shots of the train moving through the country side, don’t add much to a story that not even a few minutes into the movie, the audience can tell is going to be a tough sit. Mis-matched editing, clunky storytelling that is never laid out more carefully (Yet Branagh feels the need to shoot flashbacks in black and white?) and a wide cast of characters that don’t equally receive their proper due compared to the film’s leading man, “Murder On The Orient Express” is trying to tell a clever story that does not amount to much by the time the final credits roll.

I wish I could tell you that unique and intriguing actors such as Michelle Pfeiffer, Johnny Depp, Judi Dench (Hell, pretty much everyone) are able to stand out and elevate the material they are given. But with dramatically heavy lines such as “I have a love for the darkness but I cannot stand the light” or character revealing lines such as “Nothing escapes his notice” Branagh lays the storytelling on thick, thus managing to put his audience to sleep instead of engaging them throughout. There is one moment towards the end of the film where Poirot makes a fascinating discovery and is faced with a difficult dilemma, however, this moment is not given its proper due either as the storytelling zips right along just as fast as the locomotive itself.

Campy acting and thick, uneven storytelling don’t mix well when trying to tell a story about murder and its ripple effect on the human condition. Branagh’s adaptation tries but never quite succeeds in its efforts to engage both intellectually, emotionally or even visually. Outside of an amusing performance from Branagh in the lead role, this version of “Murder On The Orient Express” is best left as a footnote compared to the highly regarded Sidney Lumet directed original.