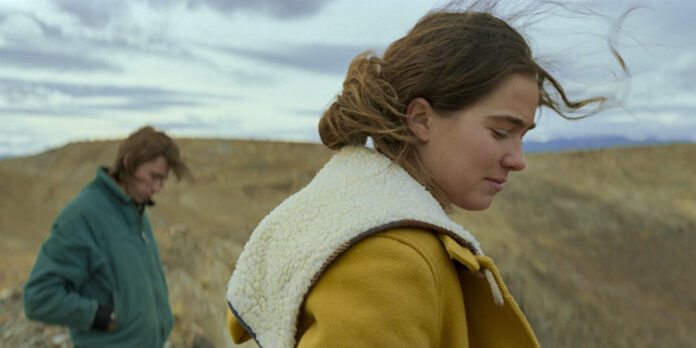 THE STORY – Two estranged siblings return home to the sprawling ranch they once knew and loved in order to care for their ailing father.

​​​With its open fields and vast mountain terrain, the grand Montana landscape has recently served as the appropriate backdrop for films about tense familial relationships. Notably, Jane Campion’s Oscar-winning “The Power of the Dog” was set in a rugged state and followed two brothers, Phil (Benedict Cumberbatch) and George (Jesse Plemons), who could not be any more different from each other. When there’s tension between the two of them, you never know what you can expect to see or hear, just like when you’re out exploring the Montana countryside.

Joining the collection of films focused on complicated sibling stories is Scott McGehee and David Siegel’s “Montana Story.” Though the film opens up with peaceful and breathtaking shots of the state’s natural beauty, the story itself is filled with highs and lows, peaks and valleys, as two estranged siblings reunite as their father’s health declines.

Quiet Cal (Owen Teague) returns to the Montana ranch he grew up on and first heads to the stables to see Mr. T, the family’s 25-year-old stallion. He’s returned home to see his father, Wade (Rob Story), who is in a coma following a stroke. While Ace (Gilbert Owuor), a nurse from Kenya, and housekeeper Valentina (Kimberly Guerrero) are buzzing around the home and keeping an eye on Wade, it doesn’t seem likely he’ll pull through. In a way, the ranch is also on life support itself, as Wade borrowed too much money until bankruptcy had to be declared.

With so much on Cal’s mind, the last thing he needs is another bombshell in his life. To his surprise, that comes in the form of his estranged sister Erin (Haley Lu Richardson), who ran away from home seven years ago. There’s definite tension between the two of them, which is portrayed so masterfully, especially with Richardson. She never wants to get too close to Cal and keeps as much distance from her father as possible. And when Cal reveals that he wants to put Mr. T down, that causes even more problems between the siblings.

What follows is a great portrayal of two siblings trying to reconnect while still keeping their guards up for reasons the audience will slowly be let in on. Erin was attacked by her father, and a 15-year-old Cal stood frozen, watching the violence unfold. She ran away as a result of that episode, and Cal has been carrying the guilt with him ever since. A big, explosive scene between the siblings takes place as the household is dealing with a power outage that sparks panic because of Wade’s life support machine. Teague and Richardson bring so much emotion and energy to the screen: Teague looks remorseful and like he’s finally about to get so much weight off, while Richardson stands her ground until she breaks down. It’s a stellar moment between these two that feels so believable.

Aside from two powerhouse performances, cinematographer Giles Nuttgens does an incredible job of capturing the natural landscape and beauty in every scene. The Montana backdrop is never shot in an over-the-top or postcard-esque manner; instead, it blends in with the story. One area where the script lacks development is among the supporting characters. We never quite learn how Ace arrived in Montana from Kenya, only that he enjoys his work. Additionally, the characters of Valentina, her son Joey (Asivak Koostachin), and Mukki (Eugene Brave Rock) represent the indigenous inhabitants of the land, but aside from a few allusions to the constant mistreatment of their land — Wade helped coverup a controversial mining project — the story doesn’t want to go deeper into that topic.

Nevertheless, “Montana Story” is an emotionally fueled story anchored so well by Richardson and Teague. McGehee and Siegel keep the tension high between these siblings rooted in reality, making it even more poignant to know that this once close relationship was broken by violence and fear. And with Montana’s stunning vistas captured by Nuttgens, it serves as the perfect backdrop for hopefully even more family-oriented stories to come.