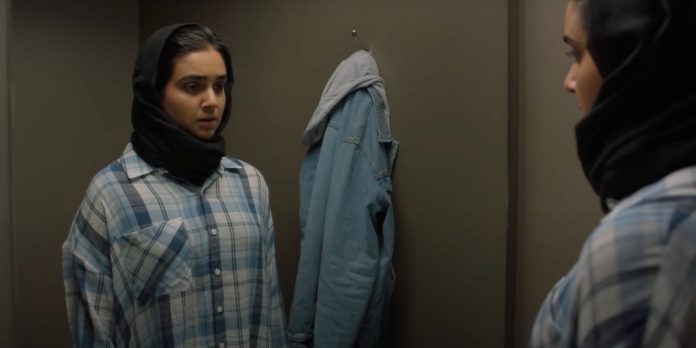 “Hala” is a moving coming-of-age drama from writer/director Minhal Baig, which was screened earlier this year at Sundance and was acquired by Apple TV+. “Hala” is a quiet, reflective piece full of soul and passion, with an outstanding central performance from Geraldine Viswanathan who positively radiates on the big-screen. The film follows Hala as she tries to transition from adolescence to adulthood, attempting to stretch her wings and fly the nest. Hala falls for and starts dating Jesse (Jack Kilmer), but keeps their relationship a secret because of the fact that he’s not Muslim. Her overbearing mother (Purbi Joshi) seems to forever keep a close eye on her, and her father (Azad Khan) seems to be distant and preoccupied with his own secrets.

The character of Hala is so refreshing to see. She’s fully developed and complex, with her own desires, wants, and goals, which can backfire. As her relationship with her parents evolves, she goes from being a typical “daddy’s girl,” butting heads with her mother constantly, to a more mature adult who understands that her parents aren’t perfect and have flaws. The relationship between Hala and her mother is reminiscent of the relationship between Lady Bird and her mother in Greta Gerwig’s “Lady Bird,” and it will more than likely strike an emotional chord with many viewers. Baig’s fresh and original approach to the coming-of-age story shines through in “Hala” and we were lucky to talk to her about the film.

Would you mind discussing how you developed the film from the short that was originally released, and the process of it becoming a feature-length film? And what was the process of the film being screened at Sundance and then being acquired by Apple TV+? Was this something you anticipated when the film was first screened?

I wrote and directed an eponymous short in 2015. The short focused on the relationship between Hala and Jesse. It was a great learning experience because the feedback helped me shape the feature. I realized that audiences really wanted to know more about Hala’s family. The feature script shifted focus on the family and the relationship with Jesse was only the catalyst for Hala’s self-discovery.

I spent nearly two years searching for financing. Jada Pinkett-Smith came on board as an executive producer because the short film emotionally resonated with her and she wanted to see more. Once financing was secured, we shot the feature in 2017 and entered post-production in 2018.

Our film was a very early submission to Sundance so we had to wait quite a bit before we found out. Premiering the film there was unlike anything else I’ve experienced in my life. We had an incredibly warm, enthusiastic and emotional reception at our premiere in the Library Theatre in Park City.

Within 48 hours, we had Apple’s offer and I sat down with their head of film. He pitched me on why Apple should release the film. They loved the film and wanted to give it a wider platform and release than it would have otherwise received if we had partnered with a specialty distributor. In hindsight, our team took a risk partnering with Apple because they had never distributed movies before, but we felt that they really loved our movie and would do right by us and the film. 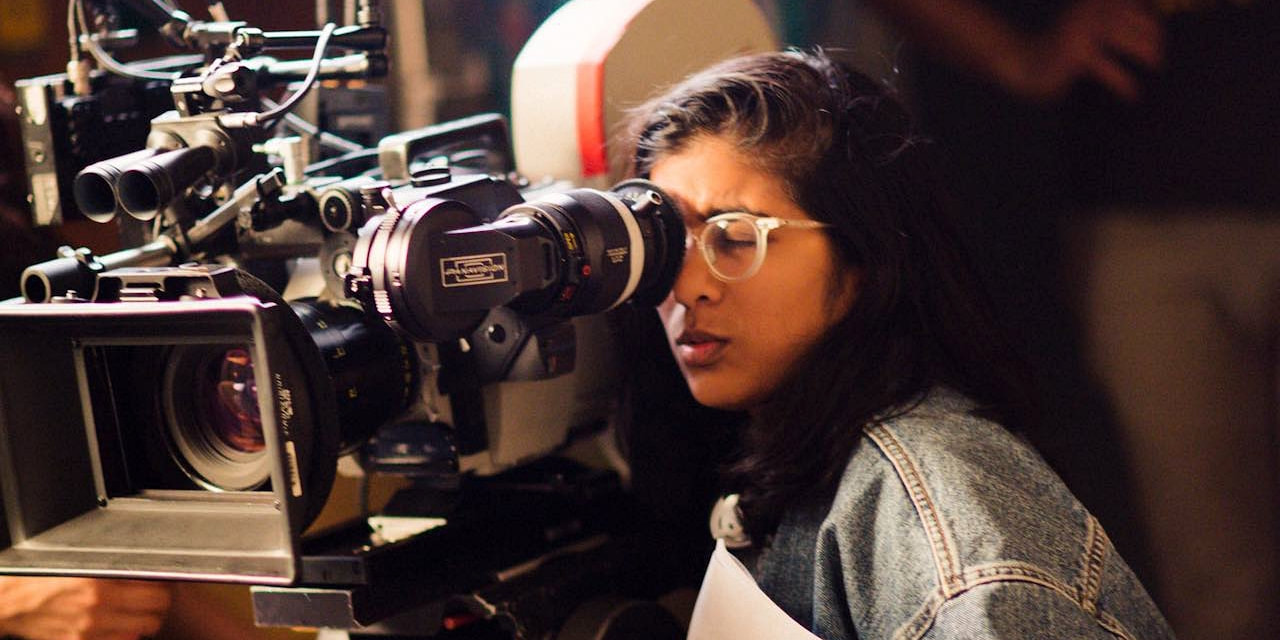 “Hala” is very much a coming-of-age drama but seems so fresh and original. What do you think separates “Hala” from other coming of age dramas? It felt like a very personal story, and even though it’s not autobiographical, did you draw from your own experiences?

“Hala” is not an autobiography; it’s a fictional film featuring a fictional character who undergoes many of the same struggles that I did growing up Pakistani-American and Muslim as a teenager. Emotional truth guided the writing process. I wanted to give Hala a rich and conflicted interiority. She strives to be a good daughter and Muslim, but she has wants and desires of her own, too. She is also only seventeen—imperfect, immature but vulnerable and compassionate at the same time. She can be many—sometimes contradictory—things at once.

Geraldine Viswanathan is superb as Hala, and brings so much passion to this role. Was it a challenge finding the right actress for the role? And what was the casting process like for the other characters in the film, such as Hala’s mother and father who are played wonderfully by Azad Khan and Purbi Josh?

Geraldine’s audition tape convinced everyone that she deeply understood Hala. I was not familiar with her comedic work at the time and wasn’t predisposed to seeing her in those roles. Geraldine and I worked closely together to form a character who is experiencing a highly internal struggle. She brought a real levity and charisma to this character who was otherwise very self-serious. Once Geraldine was on board, our casting director and I searched for actors to play her parents. This is both Purbi and Azad’s debut American feature. Azad’s tape reminded me so much of my own father. Purbi’s performance communicated a quiet strength. They really felt like a family.

The ending of “Hala” filled me with such hope and optimism for Hala, it also seemed very open-ended. Would you ever return to this character in the future? And what would you like people (especially young women) to take away from the film’s ending?

There were plenty of things that I thought about in terms of what happened to Hala after she arrived on a college campus, but ultimately, that was not within the purview of this film. The story of this movie was a young woman navigating her identities and searching for self-actualization in relation to her family. In a college setting, you search for that self-actualization in conjunction with your peers.

The film is close-ended and I’d rather leave it to the audience to imagine what happened to Hala after the credits rolled. She’s still learning her own autonomy and beginning to exercise it, but she’s still young. She’s coming into her own power. Hopefully, anyone watching the film can revisit that part of their lives, relate to that journey, or feel less alone in their own experiences.

I’ve been grateful to have been inspired by so many incredible female filmmakers. Andrea Arnold, Lynne Ramsay, Céline Sciamma, and Maren Ade are among some of those voices. This past year, I’ve also been grateful to have had my film premiere at Sundance alongside these other incredible directors: Lulu Wang, Alma Har’el, Chinonye Chukwu, Pippa Bianco, and Tayarisha Poe.

The best advice I received was from a SXSW keynote that Mark Duplass gave in 2015: “The cavalry isn’t coming.” When I felt overwhelmed, I reached out to my friends and filmmaking community; we would lean on each other when we needed. I encourage aspiring filmmakers to make deep connections with other people who do what you do—and don’t always look “up.” Look around you and hold onto each other. You’ll need each other when times get difficult.

Lastly, what’s next for you?

My next film explores the lives of children growing up in a public housing project in the early 1990s. I’ve been researching this subject for the last two years. It’s fascinating because there has been a push to decommodify housing. Alexandria Ocasio-Cortez said very powerfully that housing is not a speculative investment, but a basic right for all Americans. Public housing, as envisioned in its earliest days, was supported by this sentiment.

“Hala” is now streaming on AppleTV Plus. Check out the trailer below and my review of the film here.