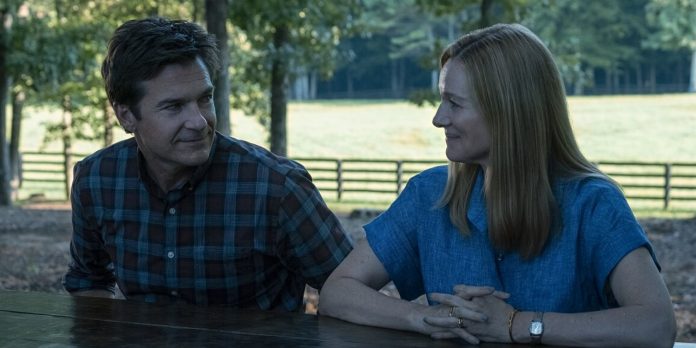 Five years ago, the Emmys moved to a plurality vote replacing the more level playing field of 80-100 person panels. Since we spend more time watching television than a film, it’s easier to let our personal preferences affect our predictions as we try to manifest a win for our favorites.

The Emmys have been kinder to breakthrough performers in the Outstanding Limited Series/TV Movie Actor category with Riz Ahmed winning for “The Night Of” (2017), followed by Daren Criss for “The Assassination of Gianni Versace” (2018) and finally Jharrel Jerome for “When They See Us” (2019). However, with each of these winners, their series were nominated and “Versace” won. For both Mescal and Pope, their series were snubbed leaving their chances of winning slim to none. As for Haas, we have seen the Actress category favor well-established performers.

Next to be eliminated those performers who are their respective series sole nomination. Also, the nominee who doesn’t have the momentum to win, leaving us with…

​Neither Jackman nor Irons should be fighting this out but with COVID that’s the state of the Actor race. Each has their pluses and minuses. For Jackman, this category hasn’t awarded a performer from a television movie since Benedict Cumberbatch won six years ago for “Sherlock: His Last Vow” (2014). Cumberbatch didn’t just win for “Sherlock” the Movie won and it picked up four more awards including Supporting Actor (Martin Freeman) and Limited Series/TV Movie Writing. “Bad Education” is only nominated for Jackman and Outstanding TV Movie. His costar Emmy favorite Alison Janney was snubbed. But he does give one of the best performances in the category.

Then there’s Irons, in the most nominated Limited Series. But his character is one of the more polarizing parts of “Watchmen” as he has little to do with the rest of the ensemble till the series finale. Irons may be just lucky enough to go along for the ride. His chances of winning all depend on whether or not they’re willing to award Jackman’s performance in a TV movie.

Then there’s Blanchett vs King. Blanchett has been the front runner to win since she signed on for the series. King seemed destined to be an also-ran in the drama race until “Watchmen” wisely moved to Limited Series. King is not to be underestimated as she won three Emmys in a four year period and the third was for a canceled Netflix Drama that competed as a Limited Series. With “Watchmen” the front runner to win Limited Series it would make sense that the television academy award the series star. But it also makes sense that they award Blanchett for gracing television with her presence. To sum it up this is the most competitive race on Emmy night! Flip a coin.

Now, let’s take a look at how to predict the winners for Outstanding Comedy Actor and Actress based on recent trends.

Since 2018, on the Comedy side, your series has to be nominated if you’re going to win anything—with the exception of “Saturday Night Live” in the acting categories. This leaves the state of the race as…

Recent Golden Globe winner Ramy Youssef, is the only one outside of those from a nominated series with a chance at winning. Had Cheadle and Anderson been replaced with two more old white guys, Yousef’s chances would’ve been even better. As for Tracee Ellis Ross, at least she has a Golden Globe on her awards shelf. That’s more than her costar Anthony Anderson can say.

Next on the chopping block those that lack the buzz and or momentum to win. This leaves us with…

If Michael Douglas was going to win he would’ve done it for the first season of “The Kominsky Method.” Issa Rae, may have fought her way back in taking the series and costar Yvonne Orji with her but she lacks the momentum to pull off a win. But she still made history as HBO’s first person of color nominated as a series lead for either a comedy or drama. Linda Cardellini, may have made the final six but if anyone’s winning from “Dead to Me” it’s Christina Applegate. Under the panel system past winner Rachel Brosnahan would be a threat to win but we don’t live in that world and the television academy appears to have moved on for the time being.

For Actor this comes down to two comedy legends Eugene Levy vs. Ted Danson. Neither received an individual SAG Award nomination. But, Levy’s series “Schitt’s Creek” was nominated for Comedy Ensemble and his series is the presumed Comedy Series front runner. Danson is a television legend previously winning this category twice for “Cheers” (1990 and 1993). Now on his third nomination “The Good Place” has performed stronger than ever. Do his fellow actors like Danson? His snub at the SAG Awards may be more telling than Levy’s. Should Danson win he would make history as the first person to do so for two different series.

The Actress race is one of the most important on the Comedy Side as the winner has predicted the Series winner for the past five years: Julia Louis-Dreyfus and “Veep” won three times in a row (2015-2017) Rachel Brosnahan followed with “The Marvelous Mrs. Maisel” (2018) and Phoebe Walter-Bridge and “Fleabag” (2019) kept the tradition running. This sadly affects not only Christina Applegate but all of her fellow nominees except Catherine O’Hara. As O’Hara stars in the Series frontrunner—Schitt’s Creek. The only silver lining for O’Hara’s fellow nominees a series hasn’t swept Actor and Actress in 12 years since Tina Fey, Alec Baldwin and the Series won for “30 Rock” (2008). Maybe there’s hope for Danson after all.

And now, we finish up the acting categories with Outstanding Lead Actor & Actress in a Drama Series.

Since 2017, on the Drama side, your series has to be nominated if you’re going to win anything—with the exception of “The Handmaid’s Tale’s” hanging episodes last year in the acting categories. This leaves the following contenders…

Sadly, for Aniston “The Morning Show’s” snub in series will likely keep her from making history as only the second woman after Edie Falco to win both Outstanding Comedy and Drama Actress. But why can we not eliminate Carell?

​***For nine years running the Outstanding Drama Actor winners have triumphed for either their first or last season. Since Carell is the only one who meets this qualification we cannot eliminate him as a possible winner.

Let’s narrow the field even more by eliminating those nominees that lack the buzz or momentum to win. This leaves us with…

Jason Bateman may be the star of “Ozark” but he was totally eclipsed by his on-screen wife Laura Linney in season three which sadly makes his chances of winning slim. “Killing Eve” had a weak season three. Reigning winner, Jodie Comer may have had an entire episode dedicated to her character, Villanelle origin story but the episode was not a good use of time. If someone is going to surprise lookout for Sandra Oh as we’ve seen people expected to win take an extra year to win.

Onscreen father and son Brian Cox and Jeremy Strong each are trying to break a nine-year trend of winners coming from only first/last seasons. Cox, seems like the obvious choice a past Emmy winner for Outstanding Miniseries/TV Movie Supporting Actor for “Nuremberg” (2001) and recent Golden Globe winner for his performance as patriarch Logan Roy. But Jeremy Strong has received the critics praise winning the Critic’s Choice Award and being nominated at TCA for Individual Achievement in Drama. Strong could follow Comer’s trajectory to awards victory. Comer had the better second season over her more well-known co-star, Oh and she went home with the Emmy. Strong could do the same with the most buzzed-about monologue of the year in the season finale, “This is Not for Tears” as he turned the tables on his father.

Laura Linney a past three-time Oscar nominee will go head-to-head against recent Oscar winner Olivia Colman. Linney is a past four-time Emmy winner with a penchant for winning when she’s being underestimated. Colman is still looking for her first Emmy win after two previous nominations. Colman took over for Clair Foy as Queen Elizabeth II on “The Crown.” But, Foy had to wait till her second season to win the Emmy. But Foy won both the Golden Globe and SAG Award for her first season. Colman, was only able to win the Golden Globe which may be a good thing as Golden Globe + SAG Award does not typically equal Emmy win—just ask Oh who won both in 2019 and is still Emmy-less. Colman was nominated last year for her comedic turn in “Fleabag” for Outstanding Comedy Supporting Actress after winning the Oscar earlier in the year. It’s possible that her loss was due to the television academy knowing her performance in “The Crown” was coming next year and feeling they could wait a year to award her.

Do you agree or disagree with my logic? What are you predicting to win the Emmys for Outstanding Lead Actor & Actress in the Drama, Comedy & Limited Series/TV Movie categories? Let us know your thoughts in the comments section below or on our Twitter account. Also please stay tuned for my final Emmy prediction article on the top categories for Comedy, Drama & Limited Series & TV Movie and check out our podcast detailing our final predictions here.