Going From Winning A Tony, To Winning An Oscar 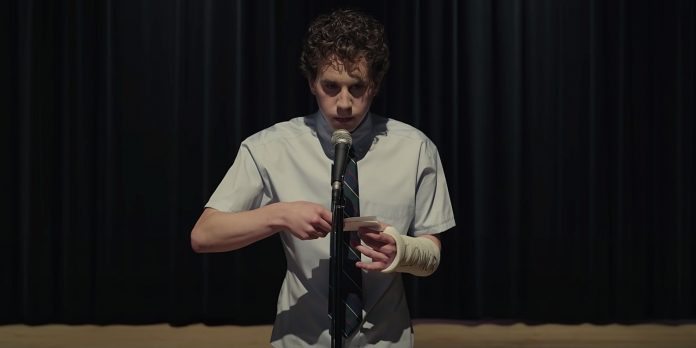 By Cody Dericks
​
With the recent release of the trailer for the film adaptation of “Dear Evan Hansen,” a lot of attention has been focused on the film’s star Ben Platt. Platt is reprising his Tony-winning titular role and, as such, has already begun to garner Oscar buzz for his performance. His critically-lauded stage work was arguably the most notable and talked-about performance of the 2016-17 theatrical season. Notably, if Platt were to win the Oscar, he will have achieved the rare EGOT. And, all four of his trophies would be for his work in “Dear Evan Hansenh.” Suffice to say, his performance in the film has the potential to be a big deal in the world of awards. But just how common is it for Tony-winning roles to lead to Oscar success? Does history favor Platt’s stage-to-screen awards path?

​Different performance qualities and methods are valued on stage versus on film. What can feel devastating on stage could instead feel over-the-top on film. On the other hand, the more naturalistic style of film acting could potentially feel too small and minuscule on stage. As such, it’s perhaps not surprising that only nine performers have won a Tony Award for a stage performance, followed by an Oscar for replicating the same performance on film. They are:

In addition, Lila Kedrova won an Oscar for playing Madame Hortense in 1964’s “Zorba the Greek.” She then won a Tony in 1984 for playing the same role in the film’s musical adaptation “Zorba” alongside her film co-star Anthony Quinn. But to explore patterns amongst stage-to-screen performances, I’m going to put Kedrova’s interesting stat to the side.

There are a few things to note amongst these nine double-dipping awards winners. First of all, it helps if your film is a Best Picture nominee. Of the ones that weren’t, “Come Back, Little Sheba,” “The Miracle Worker,” and “The Subject Was Roses” also garnered significant Oscar attention outside of their acting winner. “Cyrano de Bergerac” is the only film in this lineup from which its acting winner was its solo nomination. Second, Brynner, Harrison, and Grey are the only winners from musicals; the rest of the group didn’t have to sing and dance to win their awards. And finally, until Davis won for “Fences” in 2016, it had been 44 years since the previous stage-to-screen winner – Joel Grey for “Cabaret.” Nine winners across Oscar’s 93-year history represent such an insignificant percentage of acting winners that I can hardly even call it a stat. This isn’t necessarily bad news for Platt. Still, all of these, plus his young age of 27 (which would make him the youngest Best Actor winner in history, and we all know how reluctant the Academy is to reward younger men), indicate a tricky path for Platt to find repeat awards success.

But what about a nomination? Well, of the 58 actors (yes, I counted) who replicated a Tony-winning role on film, nine of them went on to receive an Oscar nomination but no win. Yes, that’s the exact same amount as the Tony-to-Oscar winners. They are:

One thing stands out right away: precisely zero of these nominees are from musicals. This doesn’t mean that the Academy is disinterested in musical performances, as we’ve seen singing roles triumph as recently as Renée Zellweger’s win for 2019’s “Judy.” It does seem to indicate a different type of singing performance being valued by the Oscars. Recent winners like Zellweger, Emma Stone in “La La Land,” and Anne Hathaway in “Les Miserables” are doing a particular type of screen-friendly musical acting. If Platt can adapt his tear-stained, belted-to-the-rafters stage performance to one that will play well in the intimate world of film, he still stands a chance at Oscar glory.

Looking at the long list of actors who brought a Tony-winning performance to the screen, the vast majority came from films released in the last century. It’s clear that stage adaptations are turning to film stars with more and more frequency. The distance between Broadway and Hollywood is far, and crossover success is rare. This was shown just this past year when Anthony Hopkins won Best Actor for “The Father,” playing a role that won Frank Langella a Tony just a few years earlier. That being said, Ben Platt isn’t the only stage actor who may have a shot at repeating stage success on screen. Olga Merediz has already received praise for her role in the film version of “In the Heights”; when she originated the part on Broadway in 2008, she received a Tony nomination. Jayne Houdyshell is repeating her Tony-winning role in the film adaptation of the play “The Humans,” coming soon from A24. And while casting hasn’t yet been announced, it would be shocking and, frankly, foolish if the film adaptation of the musical version of “The Color Purple” didn’t star Oscar-nominee Cynthia Erivo, who won a Tony for playing Celie on Broadway. Similarly to Platt, if she were to win an Oscar for that, she would achieve EGOT status just from her work in “The Color Purple.” As a theatre lover who is also a cinephile, the possibility of stage actors finding success on the screen is ideal yet increasingly likely.

What are some theatre adaptations you are looking forward to this year? How do you think Tony-winner Ben Platt will do in bringing Evan Hansen to the screen? Do you think the film will be an awards player? Let us know your thoughts in the comments section below or our Twitter account.