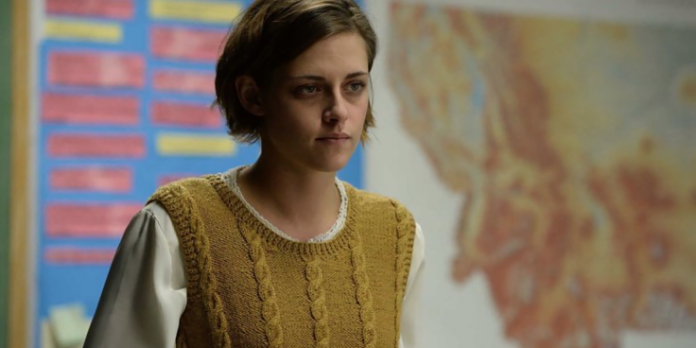 THE STORY – Three strong-willed women (Kristen Stewart, Laura Dern, Michelle Williams) strive to forge their own paths amidst the wide-open plains of the American Northwest: a lawyer who finds herself contending with both office sexism and a hostage situation; a wife and mother whose determination to build her dream home puts her at odds with the men in her life; and a young law student who forms an ambiguous bond with a lonely ranch hand.

​Writer and director Kelly Reichardt’s latest film “Certain Women” opens up with a train moving through the beautiful Montana mountain backdrop as we are transported into the everyday lives of three certain women. The cinematography by Christopher Blauvelt captures the state of Montana with beauty and grace as Reichardt explores an equally beautiful snippet of the lives of three ordinary (Or in this case, certain) women. It’s a slow-burn drama with strong performances from its cast benefitted by Reichardt’s writing and direction. However, the film’s lack of a central plot or conflict leaves me at an arm’s distance from the whole experience.

Laura (Laura Dern) is a personal injury lawyer who is going through a difficult time with a client (Jared Harris) who was injured and is not receiving enough money from his employer’s settlement to live his life. Meanwhile, Gina (Michelle Williams) and her husband are in the process of building their new home from the ground up. And finally, Beth (Kristen Stewart) is a young lawyer who is teaching law at night when she meets a woman named Jaime (Lily Gladstone), a lonely ranch hand who stumbles into Beth’s class and becomes fond of her.

“Certain Women” shares Reichardt’s previous sensibilities for methodical pacing which will either be a rewarding or frustrating experience for the viewer depending on your preference. I am one who traditionally does not mind slowly paced films if the story is told thoroughly and well. The difference though with a film such as “Certain Women” is that Reichardt is not interested in conflict as much as she is in human behavior. She has a fine knack for exploring character through her writing and through the performances she garners out of her actors. However, there is not much in the way of story here. When asked which of the three stories I liked the most, my answer is Laura’s story as it involved unpredictable stakes with the Jared Harris character which ignited some form of excitement into the film. The other two stories I failed to connect to although there is a tenderness to Kristen Stewart and Lily Gladstone’s story that I found quite sweet and heartbreaking. This indifference I feel towards the film overall is in no way the actor’s fault or even Reichardt’s skills as a director. This is more a complaint labeled towards her writing for plot vs. character.

The theme surrounding “Certain Women” is invisibility. This is a film about how each person feels invisible to others around them and each actress pulls this feeling and other nuances of Reichardt’s script beautifully. Laura Dern, Kristen Stewart, Michelle Williams and especially newcomer Lily Gladstone each find beats within their scenes for depth, understanding and subtextual beauty that is rarely found in motion pictures today. It is clear that Reichardt respects her actors and wants them to give fully authentic performances that feel natural. It is due to their work that the film is watchable.

I understand writer/director Kelly Reichardt is going for a more naturalistic approach but going back to an old phrase Hitchcock once said, “Drama is life with the dull bits cut out.” Kelly Reichardt’s “Certain Women” lacks much in the way of drama and keeps the dull bits in. While some will find this fascinating, I remain apathetic towards it. There are no big, loud dramatic moments of tension nor excitement. There is only the hurtful aching of what it means to feel isolated, unheard and unloved. Reichardt is certainly growing as a filmmaker with each passing piece of work but this, in my opinion, is not her best. That film is still yet to come.